Collaros leaves Week 2 contest in Ottawa and does not return 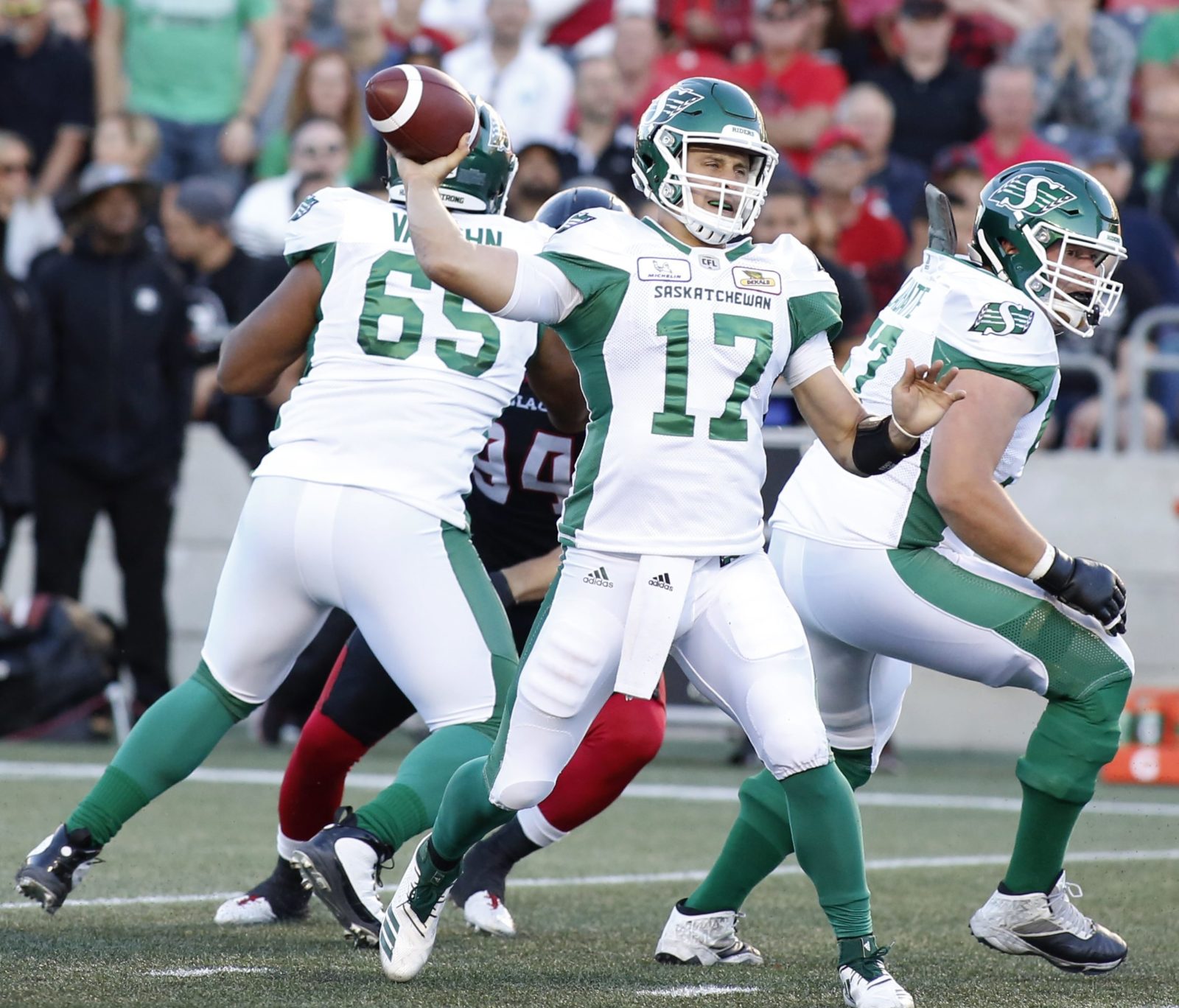 Collaros leaves Week 2 contest in Ottawa and does not return

OTTAWA — Saskatchewan Roughriders quarterback Zach Collaros left his team’s 40-17 loss against the Ottawa REDBLACKS in the second quarter and did not return.

There was no word on the severity of the injury from head coach Chris Jones after the game other than to say, ” we were going through through protocol with him and that is about all I know right now”.

Collaros had completed four of 10 passes for 106 yards in Thursday’s contest prior to exiting, with a touchdown and pair of interceptions to his name.

The 29-year-old quarterback, one of Saskatchewan’s marquee acquisitions this past winter, was sacked by Mike Wakefield in the first quarter and took a number of other hits while under pressure.

Brandon Bridge took over under centre for the Riders and completed 13 of 22 passes for 145 yards with an interception.

Collaros reappeared on the sidelines in full gear later in the second quarter, but was seen in street clothes at the beginning of the second half.