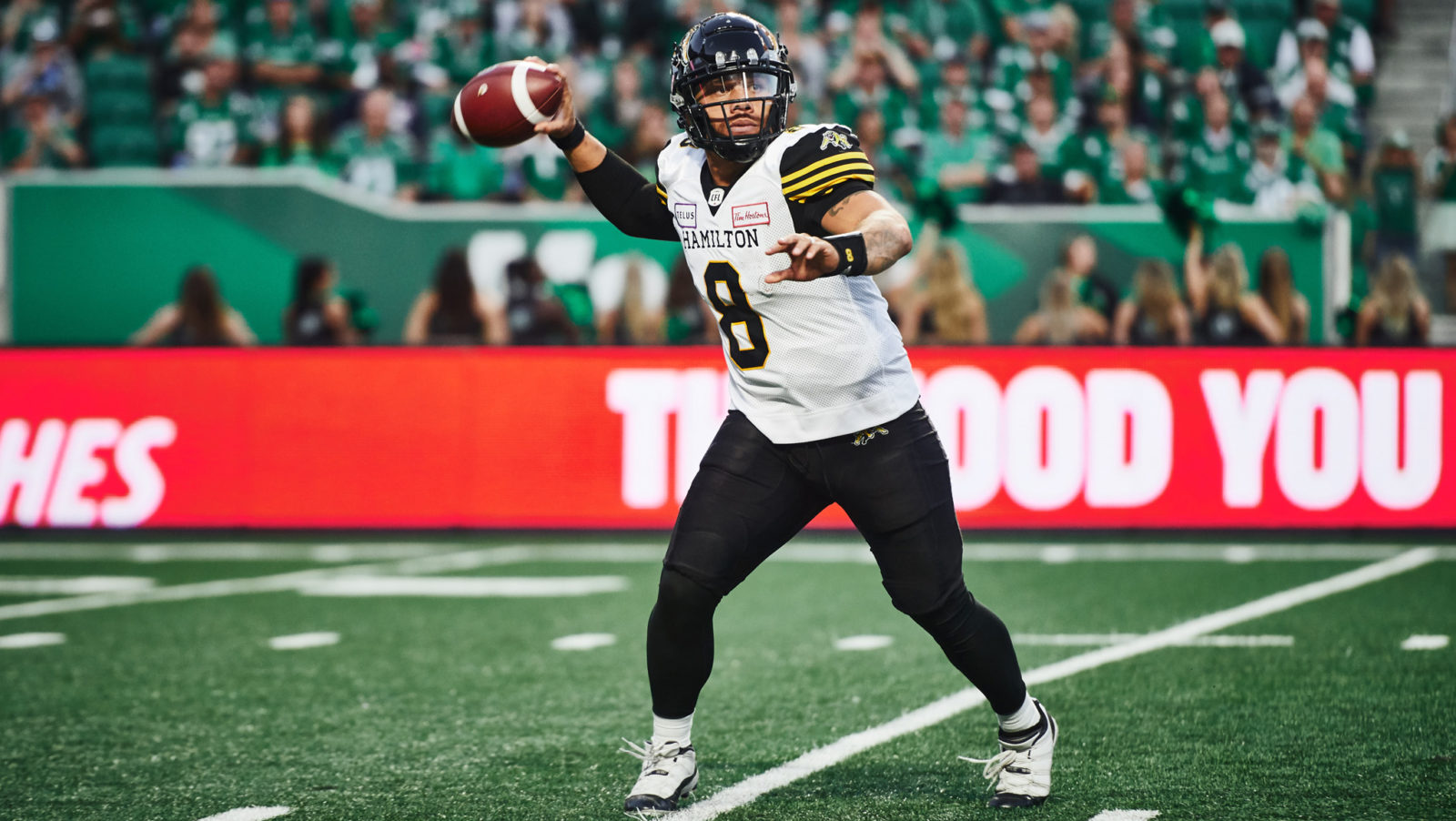 HAMILTON — Fans that make their way to Tim Hortons Field on Thursday night could witness history.

Tiger-Cats quarterback Jeremiah Masoli has throw for 300+ yards in nine-straight starts and is tied with record holders Sam Etcheverry (1956) and Kent Austin (1991). One more game with over 300 yards passing and the pivot will sit on top of pack by himself.

Masoli and the Ticats won’t thinking about that record when they hit the gridiron this week, however. A win over the Saskatchewan Roughriders will be the only thing on their minds.

These two clubs met in Week 4, before they both headed out on a Week 5 bye, and Saskatchewan edged Hamilton 18-13 in that contest.

The Tiger-Cats sit 2-2 to start the 2018 season and are tied in points with the first-place Ottawa REDBLACKS in the East Division. The Riders are also 2-2 and are looking to keep pace in the West.

Brandon Banks will be one to watch for the Tiger-Cats as the pass-catcher has gone over 100 yards in his last three contests. The Roughriders secondary will have to contain Banks, among the rest of Hamilton’s receivers, if they want to take home the win.

For the Riders, Brandon Bridge is listed as getting his second-straight start in place of the injured Zach Collaros. That being said, head coach Chris Jones bounced back and forth between Bridge and David Watford two weeks ago.

Will the Riders sweep the season series or will Hamilton level the playing field? Find out in this week’s Pick ‘Em Marquee Matchup.

The fans are siding with the home team but don’t count out the visitors.

The Roughriders have won the last four contests against the Tiger-Cats. Will they make it five in a row on Thursday? 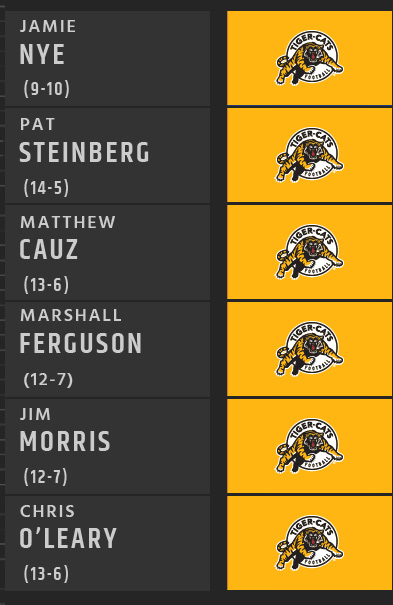 Who will win this week’s CFL.ca Pick ‘Em Marquee Matchup? Weigh in below before Thursday night’s 7:30 p.m. ET kickoff.