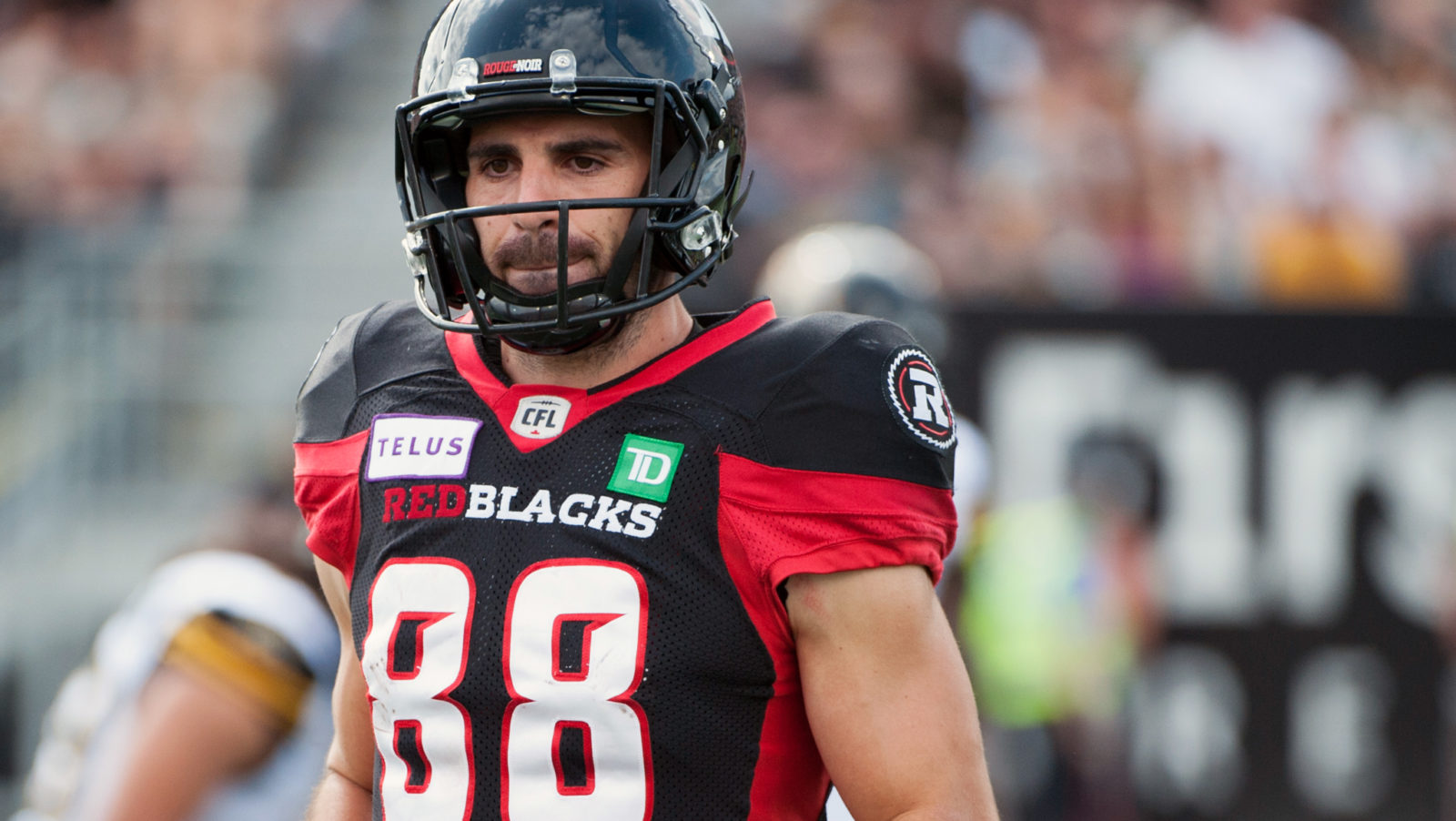 TORONTO — With Andy Fantuz retired and Rob Bagg without a team, there’s a new gold standard for Canadian pass-catchers in the Canadian Football League.

Brad Sinopoli is not only shattering marks for Canadian receivers early in 2018, he’s also emerging as one of the league’s top pass-catchers altogether, asserting himself alongside names we consider elite such as D’haquille Williams, Eric Rogers and Brandon Banks.

Through six games, Sinopoli ranks first in the CFL in receptions (45), second in the league in yards (552) and is on pace to achieve 1,000 yards for the fourth straight campaign: 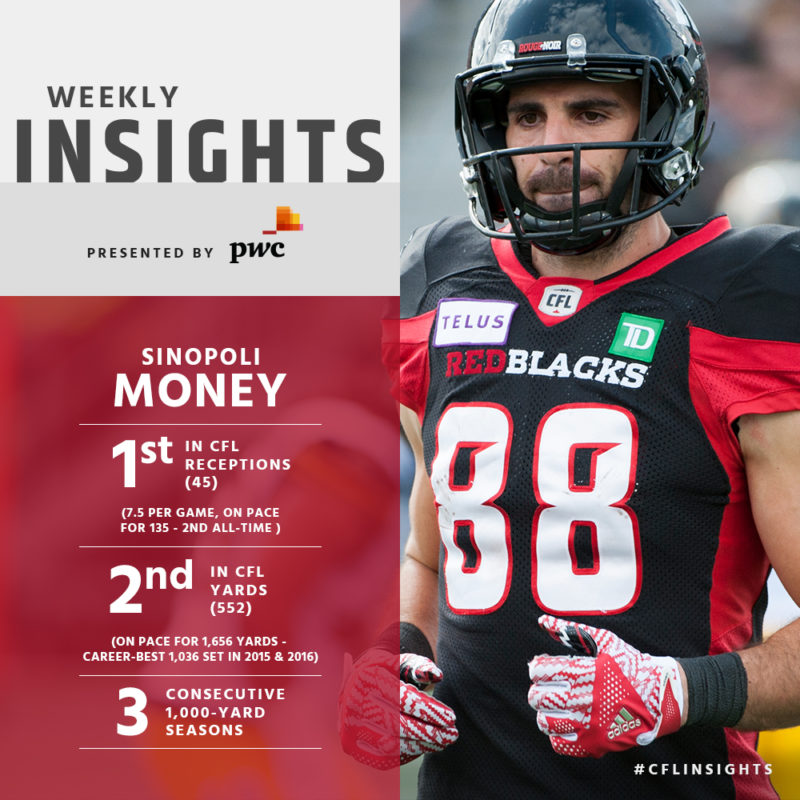 In short, Sinopoli is emerging as one of the league’s most consistent receivers over the past four years, while raising the bar for pass-catchers with a Canadian passport.

“Nate Behar, Devon Bailey, Josh Stanford and Danny Vandervoort continue finding their way as young Canadian pass-catchers, and their time will come,” wrote CFL.ca’s Marshall Ferguson. “But only one man has me believing that CFL fans don’t have to look far or wide to watch Fantuz-type excellence from a Canadian receiver in the CFL right now.

“Ironically enough, he, too, is as home grown as they get: Brad Sinopoli.”

After overcoming a season-ending injury late last year, Sinopoli has been better than ever out of the gate in 2018, twice setting career-highs for receiving yards in a game with an 11-catch, 148-yard effort vs. Montreal in Week 4, followed by an 11-catch, 171-yard effort vs. BC in Week 6.

Already famous for his transition from college quarterback to professional pass-catcher, the time has long since arrived for the Peterborough, Ont. native to carve out his name as one of the most unique and impressive figures our league has seen.

“Sinopoli has a command of the field few at his position do,” said Ferguson. “Whether due to his extensive resume in a football life full of accolades or his past as an explosive quarterback at the University of Ottawa, Sinopoli has qualities which, in-game, differentiate him from others.

“It’s fitting that the next great Canadian receiver is draped in REDBLACKS plaid week in and week out, making Sinopoli a weekly billboard for Canadianity and a reminder to young Canadian football players everywhere that anything is possible.”