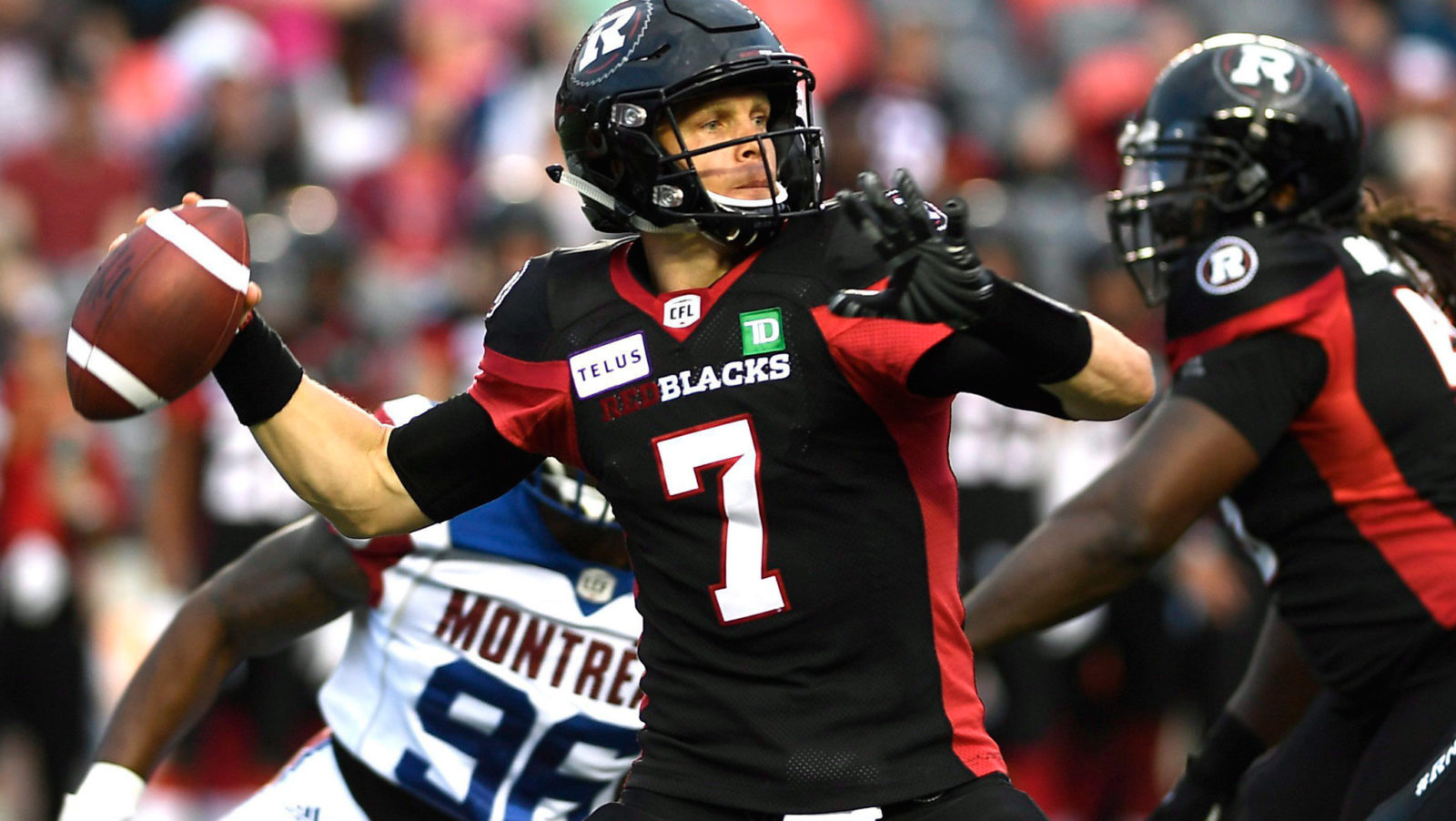 OTTAWA — Trevor Harris is heating up.

The Ottawa REDBLACKS quarterback put together a masterpiece in a Week 9 win over the Montreal Alouettes, falling just shy of the 500-yard mark but only because of a dropped deep ball and a pair of ill-timed fumbles.

Harris operated with surgical precision against the Alouettes, spreading the ball around to seven difference receivers with six of them hauling in a minimum of four catches. 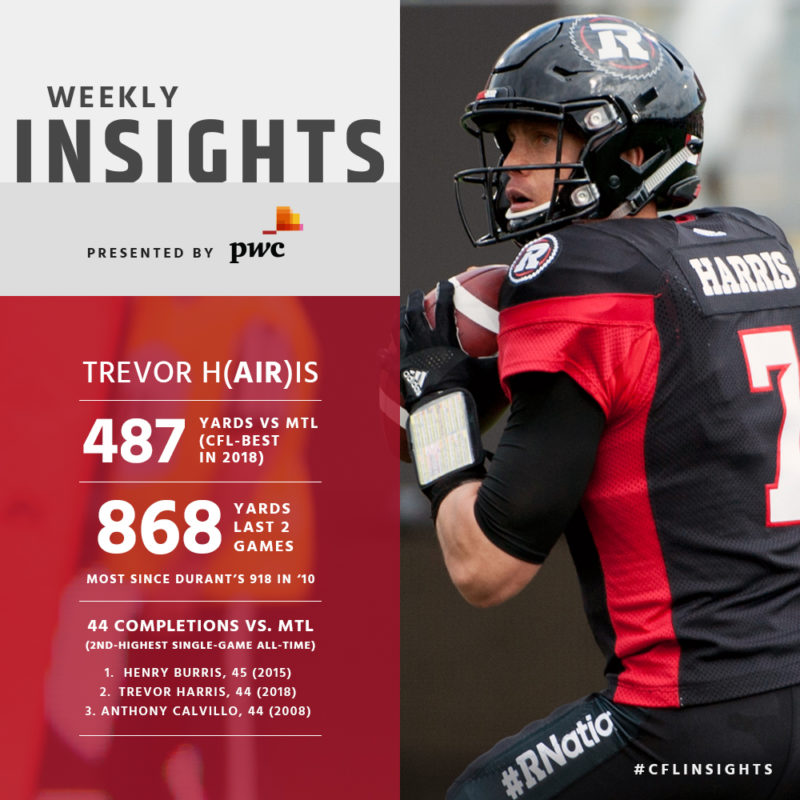 The REDBLACKS’ 587 total yards — a season-high — helped them widen the gap atop the CFL East Division standings with a 5-3 record out of the gate.

What’s more promising is the recent play of the quarterback. With big passing yardage outputs in consecutive weeks, including 487 yards last week, Harris has combined for 868 yards in back-to-back meetings with the Argos and Als. That’s the highest total for a quarterback in consecutive starts since Darian Durant‘s 918 yards in 2010.

The debate over Trevor Harris’ standing among CFL quarterbacks has become hotly contested, as he continues to knock on the door of the league’s elite.

For Harris, however, the question has never been about offensive output. Last season he averaged 312 yards per game throughout 15 starts, throwing 30 touchdowns to just 11 interceptions. This season he’s gone above the 340-yard mark five times — two more than any other quarterback including Mike Reilly (3) and Jeremiah Masoli (3).

After leading the REDBLACKS to an 8-9-1 record and bowing out in the Eastern Semi-Final in his first full season as a starting quarterback, the pressure for Harris will be to get his team to the next level.

If his recent play is any indication, he could be well on his way.