CFL Insights: Black, gold, and a little bit of green 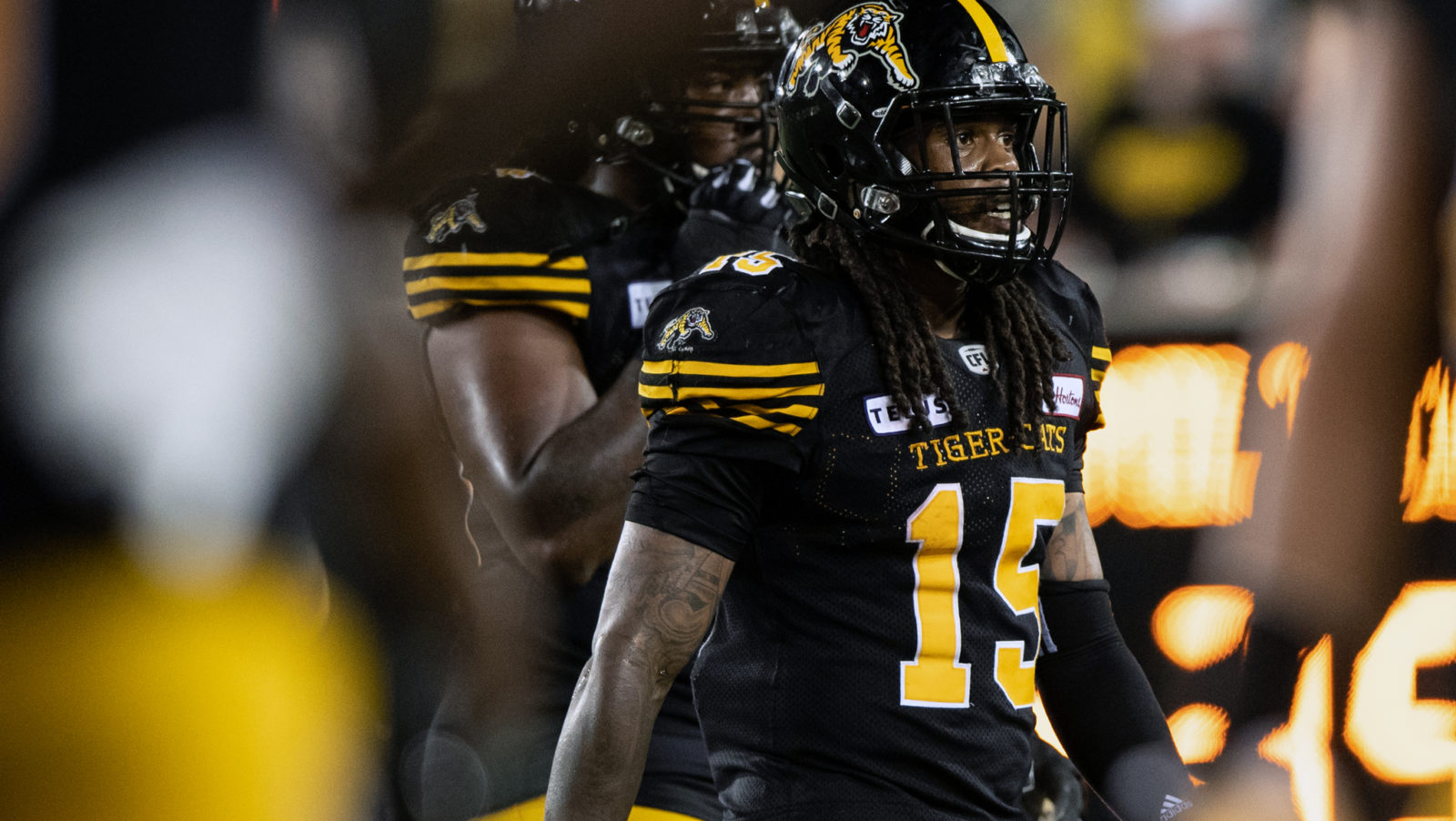 CFL Insights: Black, gold, and a little bit of green

HAMILTON — The Hamilton Tiger-Cats have added a little bit of green to their colour scheme. Figuratively, of course.

We’re talking about running back Alex Green, who continues to find the end zone at an incredible pace in his second season with the Black and Gold.

After missing the first six games of the season, Green has scored seven touchdowns in four games, with three multi-touchdown performances to help lead the most productive offence in the Canadian Football League: 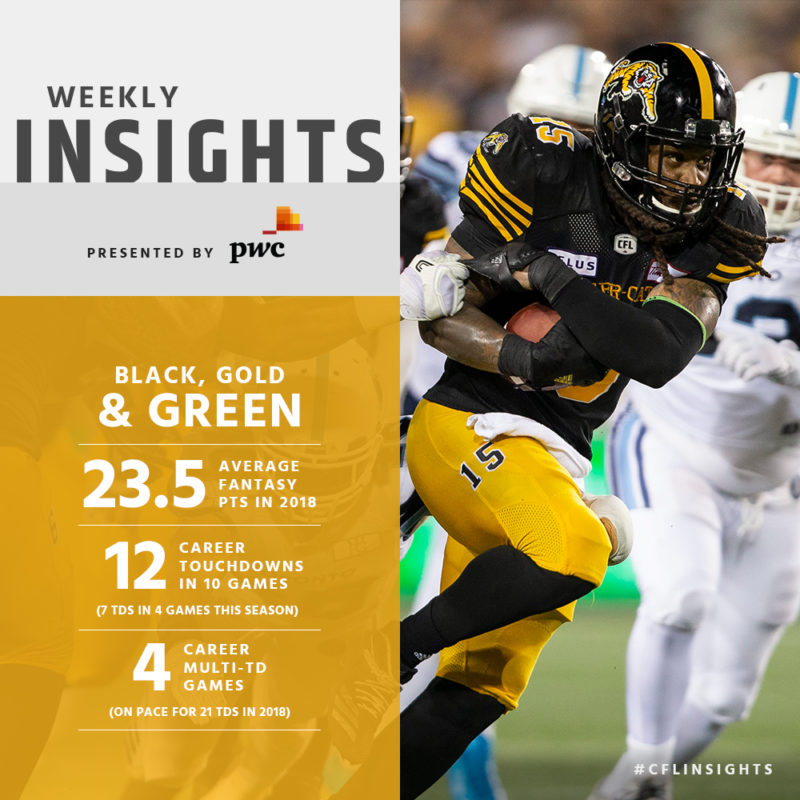 Even after starting the season on the injured list, Green’s current scoring output has him on pace for 21 touchdowns this season. The numbers may seem unsustainable, but the running back has continued to produce through the first 10 games of his career, averaging more than a touchdown per game with 12 in total.

Led by Green, the Ticats have the second-most dominant rushing attack in the CFL with 117.3 yards per game, part of a league-leading offence that is head and shoulders above the rest of the league’s teams, averaging 431.9 yards per game.

The Ticats have gone over 500 yards of net offence in each of their last two games, wins over Edmonton and Toronto, with Green totaling 219 yards and three touchdowns over that span.

For those choosing Green for their TSN CFL Fantasy rosters, the 30-year-old Hawaii grad has offered tremendous value, averaging 23.5 points per game.