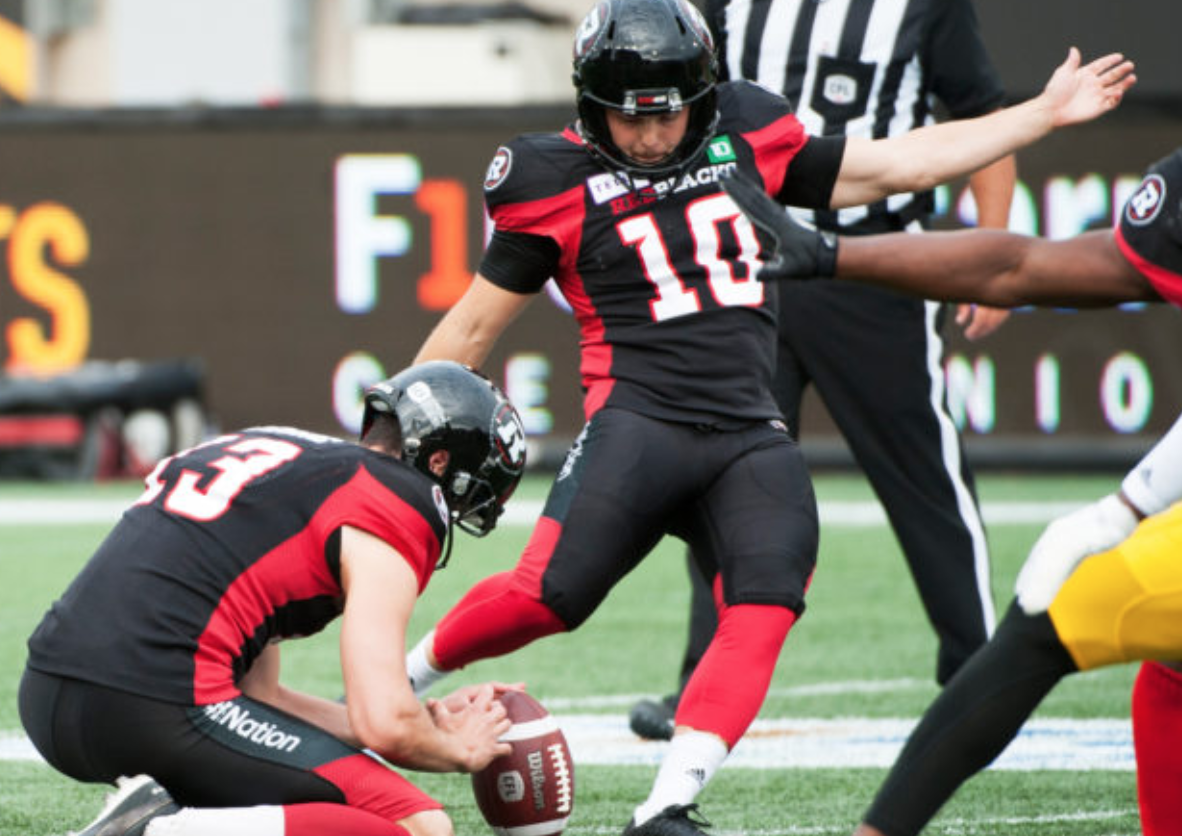 Ward had four field goals in the first half to break the previous mark of 32 straight set by Calgary Stampeders kicker Rene Parades in 2016.

Ward finished the game with seven and has now connected on 37 straight. The REDBLACKS rookie’s longest of the day was from 40-yards out.

“He’s pretty awesome, it’s good feeling to know that when we put our field goal unit on, that’s three points in the bag,”  said REDBLACKS head coach Rick Campbell. “We were doing a lot of good things and putting ourselves in a good position to win. The margin for error is very small, every win is huge.”

Each one of his kicks came in handy for Ottawa, who held an 18-15 lead late in the fourth quarter completely powered by Ward’s foot. The REDBLACKS would add an insurance touchdown late in the game to finish off the Eskimos.

“I m not thinking about (the record) too much,” said Ward after the game. “It’s part of contributing to our win here, and that’s the most important part.”

Ward, a Kingston, Ont. native, played his U-Sports football nearby at the University of Ottawa. He helped give the REDBLACKS some breathing room at the top of the Eastern Conference standings as the team improved to 8-5.

Ward’s production helped Ottawa stay in front for most of the game and prevented Edmonton from taking enough momentum to swing the tide. REDBLACKS receiver Diontae Spencer, who caught four passes for 89 yards, said Ward’s execution was a key part of Ottawa’s victory.

“We knew we had a good turnout with the weather, and we wanted to give everyone a win,” Spencer said. “We executed on offence and defence, and happened to come out with the win.”

As for Ward, Campbell says he’ll keep riding the hot leg as long as he can, but won’t bring up the streak too often.