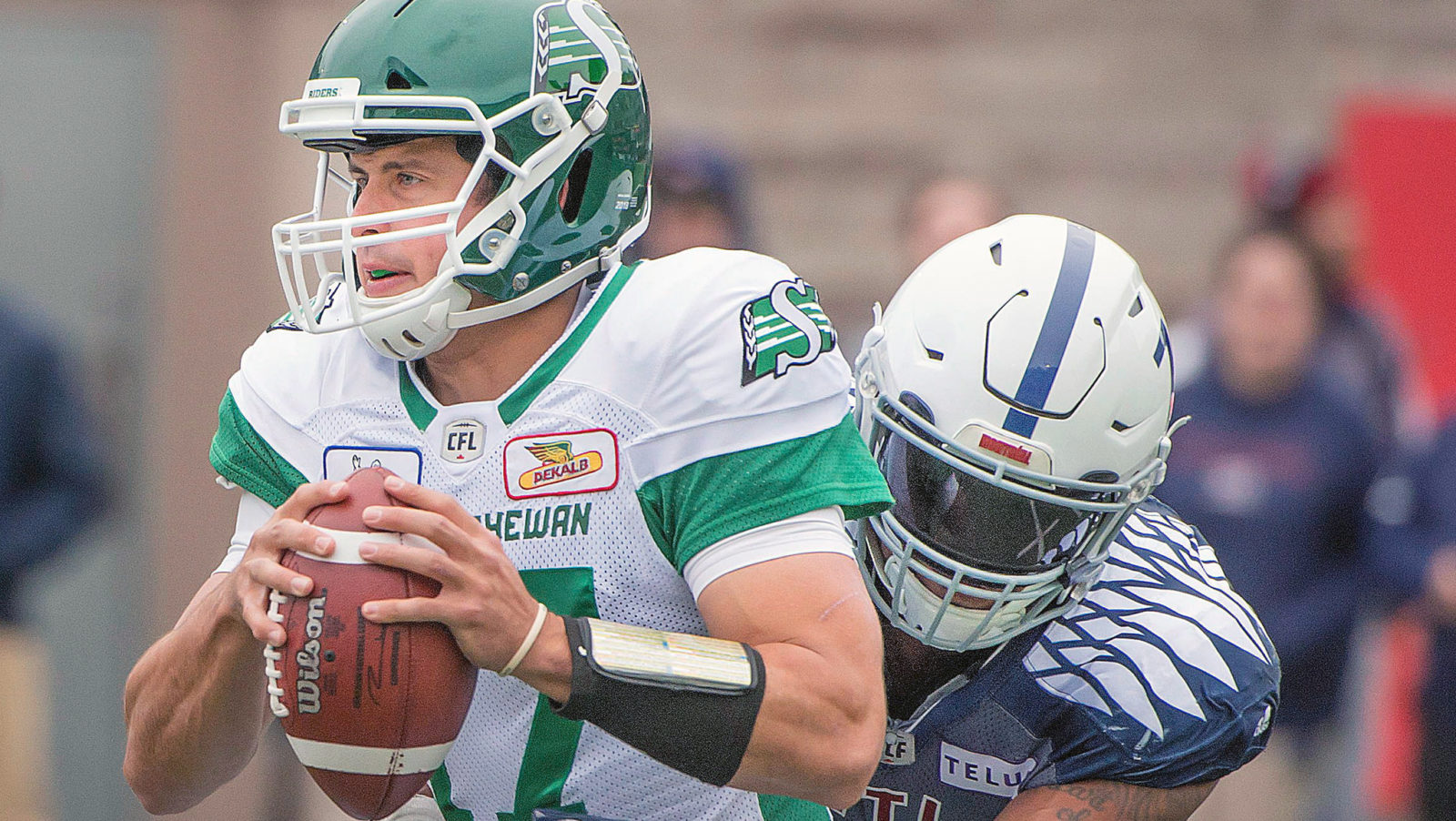 TORONTO —  Zach Collaros is starting to look like the quarterback many had envisioned when he became a Saskatchewan Roughrider.

It’s been an up and down season for the former Ticats pivot, but the best has come the last two weeks during back-to-back wins over the Argos and Alouettes.

Over the last two games, Collaros has thrown for 627 yards and three touchdowns, averaging 9.5 yards per attempt — an elite level of production that compares to other highly-regarded passers like Mike Reilly, Bo Levi Mitchell and Jeremiah Masoli. 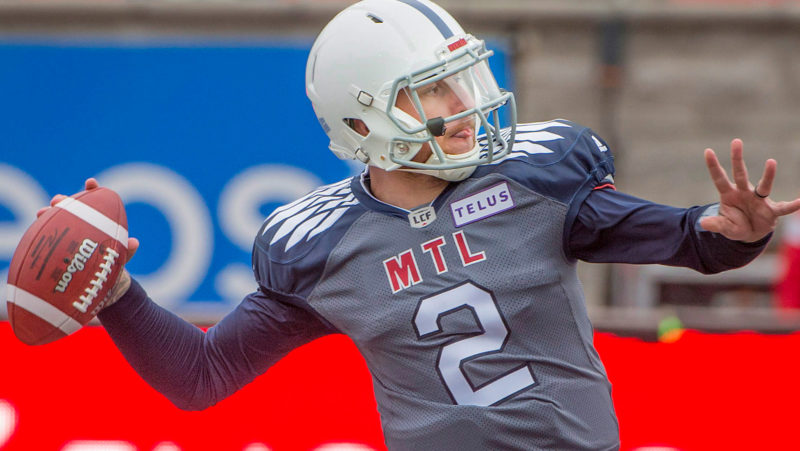 » Steinberg’s MMQB: Ticats get back on track
» Landry: 5 takeaways from Week 16
» By the Numbers: View 2018 passing leaders

Collaros’ entire body of work in 2018 isn’t blowing anyone away, especially considering he’s thrown more interceptions (10) than touchdowns (9) and only had one 300-yard game and multi-touchdown game each.

But the last two games are an indication that with the benefit good health, continuity in the offence and some dynamic, young playmakers around him, Collaros can still quarterback at a high level in the three-down game.

While Collaros moves up two spots, there’s plenty of other movement in this week’s QB Index, including at the top where Bo Levi Mitchell has overtaken his Alberta counterpart.

Meanwhile, in Montreal, Johnny Manziel has moved up for the second consecutive week after some awe-inspiring play vs. the Riders.

Who’s landing where in this week’s QB Index? CFL.ca ranks the pivots:

Despite all the attention on Eskimos pivot Mike Reilly, the most consistent quarterback in 2018 has been Bo Levi Mitchell. The Stamps quarterback has a 29:9 touchdown to interception ratio, and also leads the CFL in yards per attempt (9.4) and quarterback rating (106.4). When you add in Calgary’s injury woes at receiver, Mitchell’s season has been remarkably stunning.

In a season to remember, it’s been a forgettable couple of weeks for the league’s reigning Most Outstanding Player. In back-to-back losses, Mike Reilly has thrown for 440 yards, one touchdown and three interceptions, averaging 6.1 yards per attempt. The Eskimos have scored just 18 points over that span, being shut out in five out of eight quarters while falling to fourth place in the West.

Jeremiah Masoli put the Lions away early in Week 16, throwing first-quarter touchdown passes to Luke Tasker and Brandon Banks to put the Tabbies in front 20-0. With 12 touchdown passes and just three interceptions since the beginning of September, Masoli is playing at an MOP level, ranking top-three in the league in passing yards (4,286), QB rating (100.3) and yards per attempt (9.3).

The REDBLACKS hope the bye week doesn’t disrupt the flow of Trevor Harris, who’s on a tear with 647 passing yards, three touchdowns and 10.2 yards per attempt over his last two games, both wins over Edmonton and Saskatchewan. Harris has Ottawa in the driver’s seat for the East, and in the Index has created a fairly significant gap between the top four pivots in the league and the rest.

Zach Collaros had arguably his best game as a Rider on Sunday, going over the 300-yard mark for the first time since being traded back in January. The 30-year-old is a few years removed from playing at an MOP level, and while he’s not there right now, he’s at least showing flashes. Chris Jones has kept faith in Collaros through the good times and bad, and he could be rewarded soon.

He’s not lighting up the scoreboard, but Matt Nichols has steadied the ship the last couple of weeks for the Bombers, who have now won back-to-back games. The game-manager label might be tiresome, but that’s just what Nichols has been for the Blue and Gold in 2018. He has yet to throw three touchdowns in a game or go over 300 yards, but does have his team in a playoff spot as of now.

Moments of awe have become more and more frequent for Johnny Manziel, with about four of them during Sunday’s last-minute loss to the Riders. The best was on his second touchdown pass of the game, when he somehow evaded Jovon Johnson on the cornerback blitz before finding a wide open Ernest Jackson. Over the last two games, Manziel has completed 66 per cent of his passes while averaging 8.5 yards per attempt.

The Jon Jennings comeback tour is on hold, for now, after Jennings threw three interceptions in a 40-10 loss to the Ticats on Saturday. The whole team struggled, but Jennings’ first-quarter pick-six set the tone for a frustrating and forgettable day for the 26-year-old. For now, the talent and upside remain nothing more than a tease, though perhaps the Argos’ struggling secondary can help.

McLeod Bethel-Thompson hasn’t looked lost in his seven games as a starting quarterback, but he hasn’t done much to move the needle, either. Over the last four games, all losses, the Argos’ sophomore has two touchdowns and four interceptions, averaging 6.6 yards per attempt. There’s a chance Marc Trestman turns back to James Franklin at any moment, though so far there’s been no indication of any change.