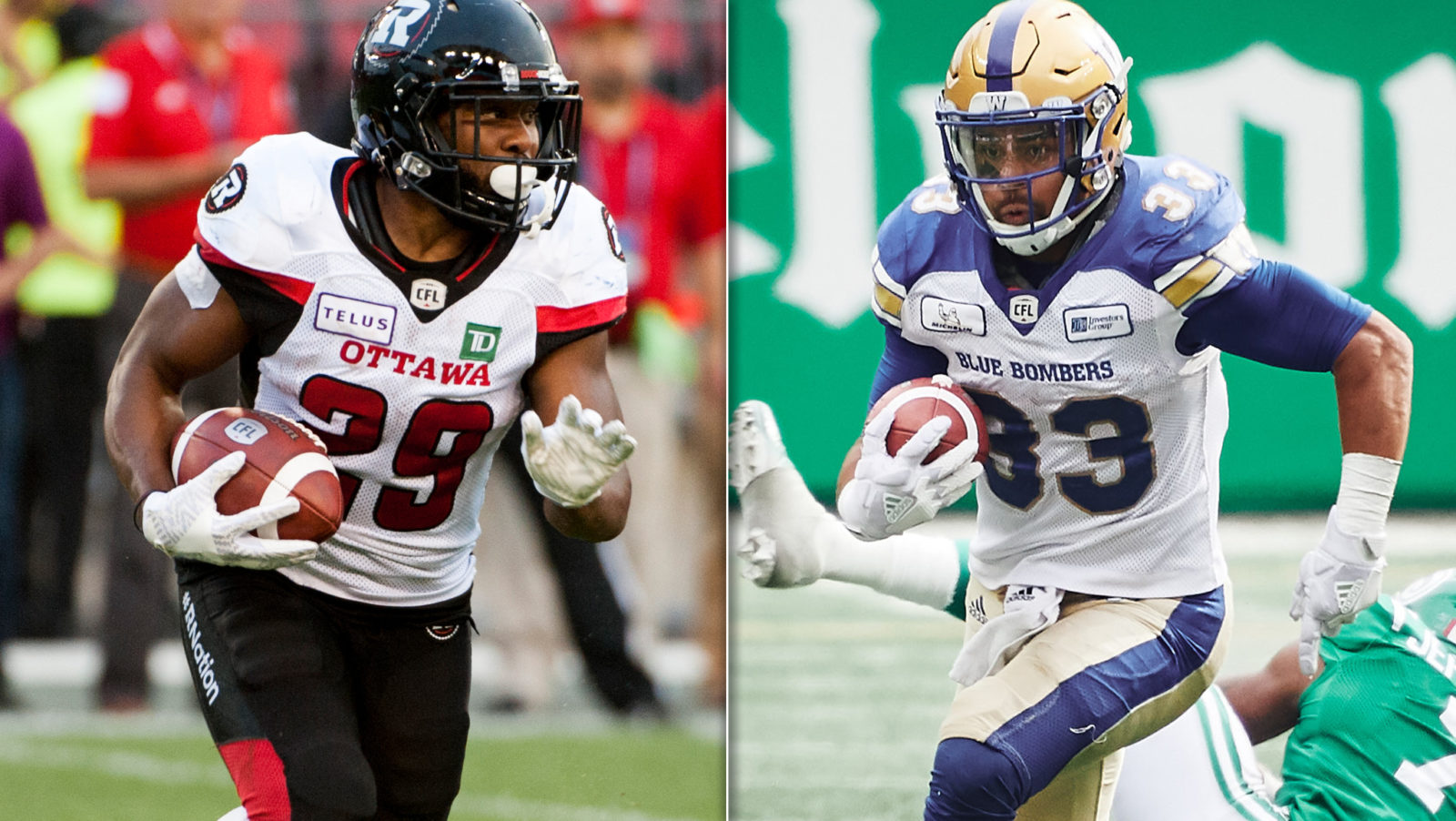 OTTAWA — The nation’s capital is set to play host to one of the CFL’s biggest heavyweight bouts of the season on Friday night at TD Place, and we’re not talking about the Ottawa REDBLACKS and Winnipeg Blue Bombers.

Though both of those teams have a lot riding on Week 17’s opening contest, the spotlight will shine firmly on the CFL’s two leading rushers, who go head to head for the second and final time this regular season.

REDBLACKS running back William Powell leads the league in rushing yards and has combined for 295 yards his last two games, while Winnipeg native and Bombers running back Andrew Harris is considered the CFL’s most versatile back, ranking second in the league in both rushing and receiving yardage.

On Friday night we’ll get to see one after the other in one of the most exciting matchups of the year: 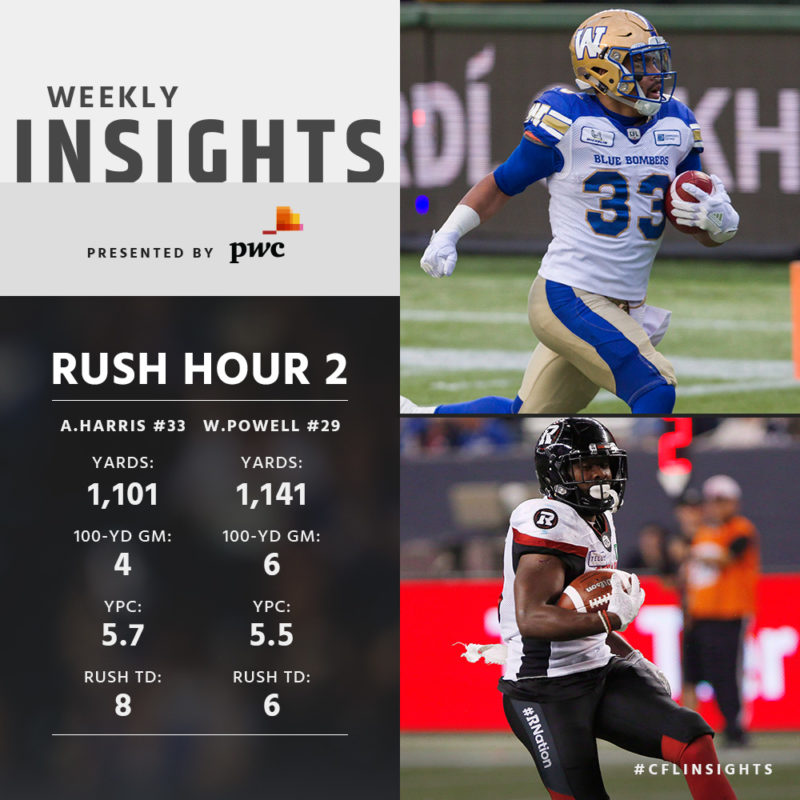 The last time the two stalwarts met was back in Week 10, when Powell and the REDBLACKS got the best of their West Division counterparts on the road at Investors Group Field.

Powell was the catalyst for his team’s offensive explosion, rushing for 106 yards and a touchdown on 18 carries while adding 46 receiving yards in a 44-21 win.

Since suffering a season-ending Achilles injury in 2015 and also missing the 2016 season, Powell has become a centrepiece in the REDBLACKS’ offence, providing balance to one of the league’s most electrifying passing attacks.

This year the 30-year-old out of Kansas State has already set a career-high with 1,141 yards, averaging 5.5 yards per carry and finding the end zone six times on the ground. He leads the league in runs of 10 or more yards with 37, while his seven rushes of 20-plus yards put him second behind, you guessed it, Harris.

Powell also leads the way with six 100-yard rushing games, including in four of his last six games, a span over which he’s averaged 106 rushing yards per game.

While Powell has been dominant on the ground, Harris’ ability as a receiver makes him just as dangerous a back. The Bombers’ running back is in the running for a second straight Most Outstanding Canadian this season, ranking second in the league with 1,101 rushing yards and second among running backs with 373 receiving yards.

Going into the season, Harris was considered a candidate to become the first running back ever to eclipse 1,000 yards each on the ground and through the air. But while that isn’t likely to happen, his performance at age 31 — at a time when most running backs begin to fade — has been nothing short of remarkable.

Harris is just 11 yards shy of his single-season career-high set back in 2012 with the BC Lions, while his mark of 5.7 yards per carry is the second-best of his career. His eight rushing touchdowns also tie a career-high, and that’s in addition to another trio of scores through the air, giving him 11 in total.

So who’s the more dangerous back going into Friday night’s game? For the CFL.ca writers it was a difficult question on The Weekly Say.

“Right now, I’m saying William Powell,” said Jamie Nye. “A few weeks ago I’d have said Andrew Harris. Harris is starting to get dinged up while Powell has had over 140 yards rushing in his last two games and as soon as I say this Harris will have a 150-plus yard rushing/receiving yard game. Powell does look a bit fresher down the stretch.”

“Seriously? Why do you guys do this to us?” replied Don Landry. “Powell and Harris are both such great, dual threat backs and their statistics are virtually in lock-step. Harris is averaging 5.7 yards a carry, Powell 5.5. Powell is averaging 7.9 yards per catch, Harris 7.8. So, I’ll take Harris. By a tenth of a yard.”

What’s clear is that these two running backs are in a league of their own right now, though perhaps Friday night will provide some clarity on who truly is the number one running back in the CFL.