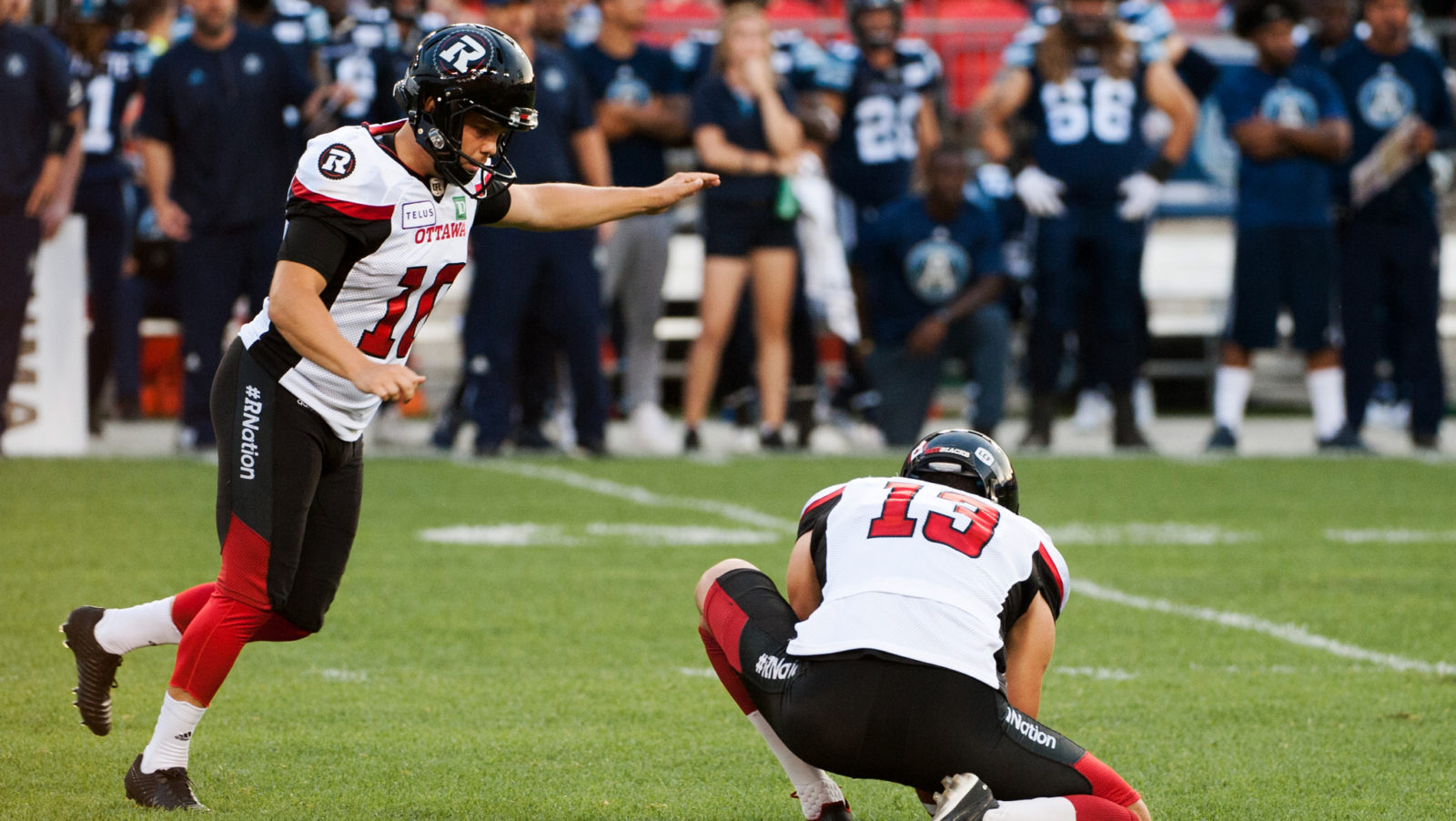 The Ottawa REDBLACKS’ rookie place kicker is having a season for the ages, most recently breaking the all-time record previously held by Rene Paredes for consecutive successful field goals.

The 26-year-old out of the University of Ottawa has converted on 40 straight attempts, and is also eyeing the all-time single-season percentage record.

Not bad, especially considering he used to work security at TD Place during his college career. 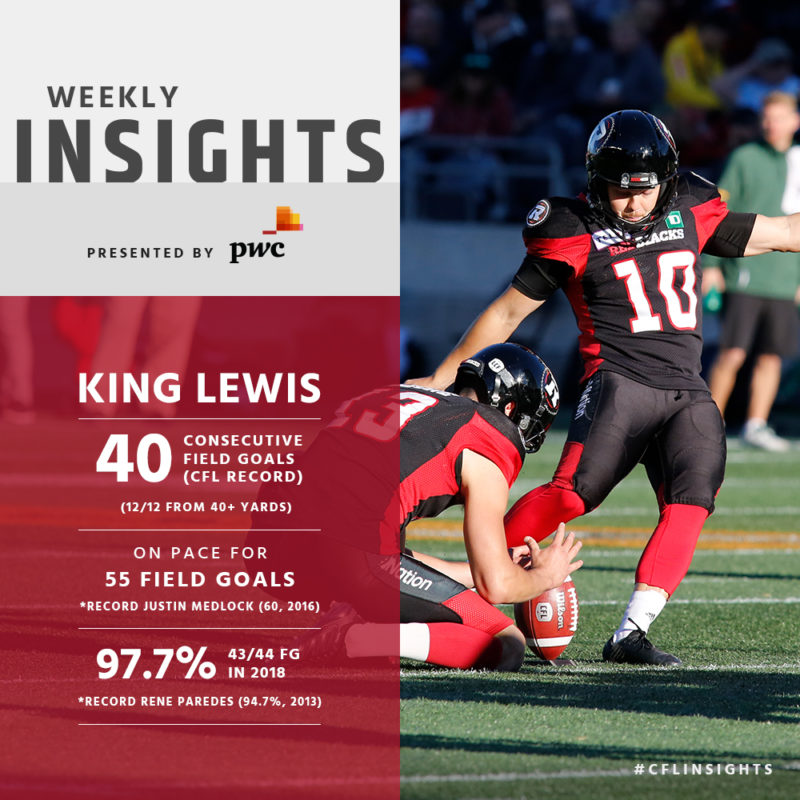 Ward’s success has been a significant factor in the REDBLACKS’ 8-6 record, which currently seats them in the East Division’s top spot. The Kingston, Ont. native has twice gone 7-for-7 in games this season, helping the team earn fourth-quarter victories over the Ticats (Week 7) and Eskimos (Week 15).

His emergence is an unlikely story for the REDBLACKS, who added Richie Leone, an international capable of handling both punting and place kicking duties, in the off-season. But Ward’s performance throughout training camp and pre-season earned him the opportunity to kick field goals into the regular season.

After missing one attempt in the season-opener, Ward hasn’t looked back, connecting on 40 straight and 43 of 44 attempts in total on the campaign. He’s come through in every critical late-game situation, while he’s also been perfect from long distance, going 12-for-12 on field goals of 40-plus yards.

While Ward’s name is already proudly etched in the history book no matter what, there are some other possible achievements still in play this season. Rene Paredes holds the single-season percentage record of 94.7 per cent set in 2013, a mark well below Ward’s current 97.7 per cent. Ward would have to miss his next two field goals to drop below Paredes’ record-breaking percentage.

Ward also has an outside shot of catching Justin Medlock‘s record of 60 field goals in a season set in 2016. Currently 17 field goals shy with four games to go, he would need 4.5 field goals per game to break the record and reach 61. This season Ward has averaged 3.1 field goals per game, though two instances of seven field goals prove that reaching Medlock’s record isn’t out of the realm of possibility.