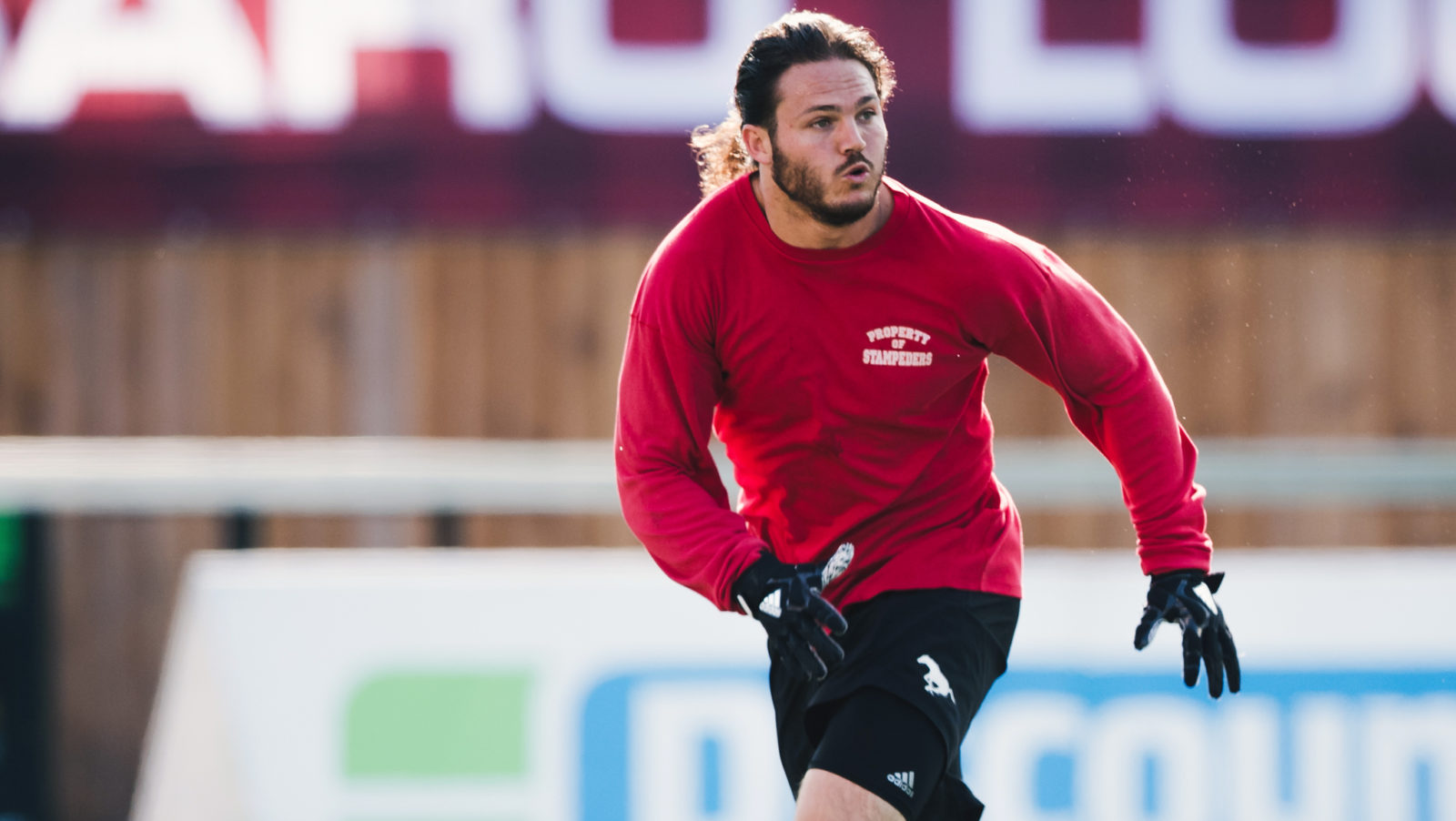 CALGARY — He may not put his name on the Most Outstanding Player trophy this season, but Alex Singleton has quickly become one of the CFL’s most dominant and valuable players.

The Calgary Stampeders linebacker needed just 15 games to hit the century mark in tackles this season, doing so for the second consecutive year. However, Singleton’s impact on the league’s top-ranked defence goes far beyond just the numbers.

At age 24, the Montana State graduate has become a ratio-breaker at middle linebacker, emerging as arguably the No. 1 player at his position and providing ratio flexibility for the league-leading Stamps.

In three short seasons, Singleton has earned a reputation as one of the league’s most intense defenders, speaking volumes both with his mouth and his physicality on the field. In the process, he’s become synonymous with the success of the league’s most daunting unit defensively, one that’s allowing just 19.7 points per game in 2018.

This week, we’ll let our latest PwC Weekly Insights do talking as Singleton puts himself in some rare company: 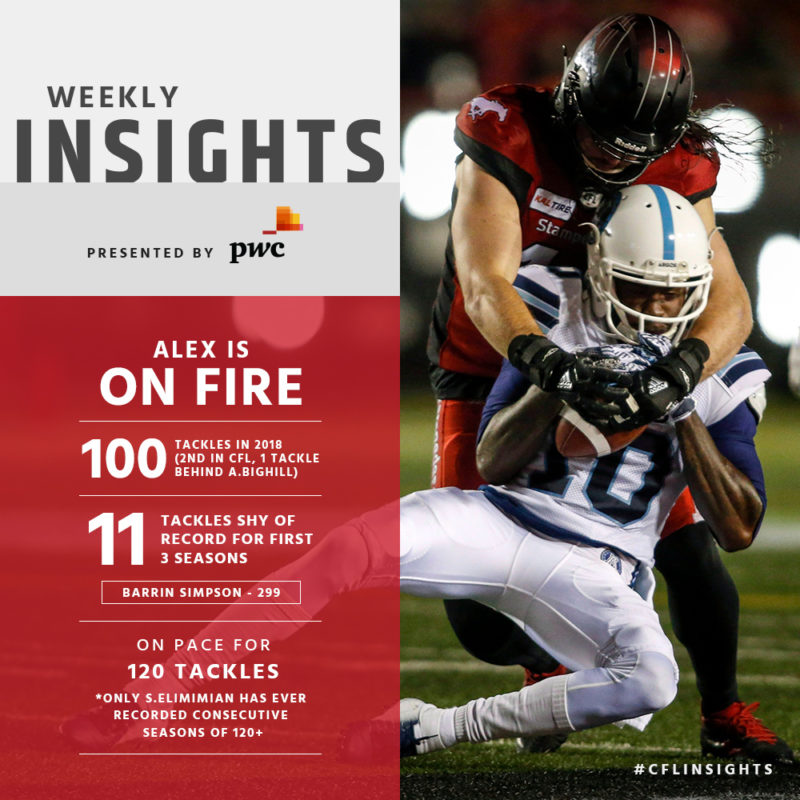 With 100 tackles next to his name and three games left to play, Singleton is averaging 6.7 tackles per game, putting him on pace for 121 over a full 18-game season. The former sixth overall draft pick currently ranks second in the CFL in that department — one tackle behind Bombers linebacker Adam Bighill — but will play an extra game.

For perspective, Willie Pless, the all-time career tackles leader dating back to 1987 when the data was first applicable, finished his career with 1,241 tackles in 217 games, an average of 5.72 tackles per game. With a career-pace of 5.67 tackles per game, Singleton would need 219 career games to break the all-time record (he’s played 51 thus far).

However, if you take out his rookie season, Singleton has averaged 6.79 tackles per game over the last two years. If he can sustain that rate, he would break Pless’ record in 140 more games — the equivalent of eight more healthy seasons, leaving room for a few minor injuries. Lofty, but at the age of just 24, still possible.

Singleton also has a chance to break the record for the most defensive tackles in the first three seasons of a career. Barrin Simpson holds the current mark, recording 299 tackles from 2001 to 2003 with the BC Lions. Singleton sits at 289, leaving him 11 shy of breaking the record.

In any case, the Stamps linebacker has been remarkably consistent this season, reaching double-digits in tackles only once (a season-high 11 tackles in Week 12 vs. the Eskimos) but never failing to record four or more tackles in a game. He’s hit five-plus tackles in every game but one.

Meanwhile, should he break 120 tackles for the second consecutive season, Singleton would become only the second player in history to do so, joining current Lions linebacker Solomon Elimimian. Elimimian, who had 129 tackles in 2016 before breaking the CFL’s single-season tackles record with 144 the following year.

Suffice to say, with names like Elimimian and Simpson, Alex Singleton is in pretty good company for just his third year in the CFL, and the arrow is only pointing up.