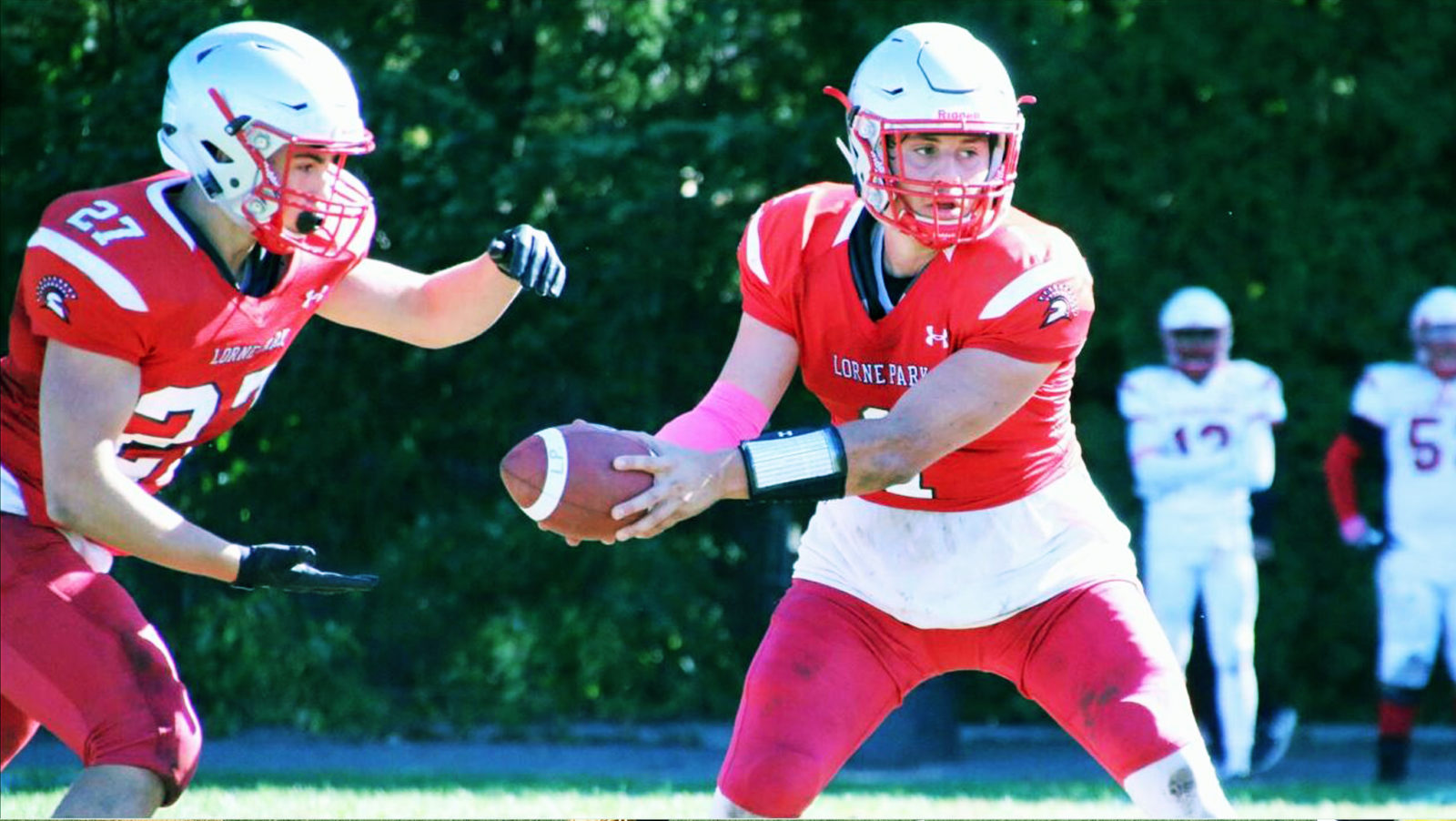 They talk about “the dynasty” – and quite a lot, too.

When the topic is football, the discussions about the many achievements, the fame, the triumphs, even the disappointments, tend to last forever about a dominant football program.

Lorne Park Secondary, a school built in the late 50’s on a 14-acre site west of Toronto and well before the Town, or City of Mississauga was created, is the place where tackle football was once, and still is, something special.

The tradition of gridiron success is not just measured on championships, and there have been a multitude of titles and awards, but on the years of superb athletes, coaches and supporters of the sport. It’s a sport that has become a spotlight in the community.

Mike Raham remembers. So does Brent Urban. Same for Wally Gabler – and the list, a long one, goes on.

For Raham, he was a member of the first Lorne Park squad to win a championship back in the vintage days of 1959.

“The competitive spirit was something special and, as a district school, winning the Western title of the TDIAA (Toronto District Interscholastic Athletic Association) was a big thing,” said Raham, a quarterback and running back, who was also one of the first Athletes of the Year at Lorne Park.

“We didn’t keep statistics back then, but the fun, the atmosphere and the friendship was something I will never forget. It’s wonderful how the school has, year after year, continued to be among the best in that sport – and the coaches have a great deal to do with it.”

The Snap: Daugter of Lorne Park offensive coordinator calling out plays at Argos game
Video of a young Toronto Argonauts fan calling out coverages and plays at last week’s game is making its rounds on the internet … Read More.

Quick and agile in his teen years, Raham was tough to bring down. He remembers the knocks, the tackles and the highlights associated with football. And then, there was that one memorable game – and the bite marks he received on his calf when tackled.

Raham chuckles at that occurrence, likely a disgruntled player who had difficulty chasing him down. He continued his academic and athletic excellence at the post-secondary level choosing a career in dentistry – and that followed after being recognized as Canada’s top university football player, the Hec Crighton winner in 1968. He was also drafted by Calgary in the Canadian Football League.

But his fond affection for those days wearing the Lorne Park red, silver and white, and where he learned the game, live on.

Lorne Park gridiron teams have a place in history with a remarkable 21 Junior championships, 19 Senior titles, five crowning achievements at the Provincial level and dozens of inspiring moments. Hard to find other schools, across Canada, to match that.

Toss in hundreds of grads who went on to play at Canadian and American universities and pros that include Matt Kudu, who played for the CFL’s Toronto Argonauts and Winnipeg Blue Bombers, Klaus Wilmsmeyer, who was a member of the San Francisco 49ers Super Bowl XXIX championship team and current NFL lineman Brent Urban, with the Baltimore Ravens

It was at the age of 14, that Urban – a rookie at Lorne Park – joined his friends on the football field. First, he was a wide receiver, then a tight end and finally a lineman where his hulking physical frame would be part of the backbone of that defensive unit. Twice, he was chosen to the Toronto Star high school all-star squad signifying that he was one of the best players in the Greater Toronto Area, and he emerged as one of the best in Canada.

“Lorne Park was everything for me,” said Urban, now a 27-year old 6-foot-7, 295 pound pro and former fourth round pick in the 2014 NFL draft. “I have great memories of playing with a superb bunch of guys who pushed each other to become better players and role models for those who came after us.

“Football has gone really well and I am very fortunate, from Lorne Park to the University of Virginia, getting picked by Hamilton in the second round of the 2013 draft, and there’s no doubt in my mind that all this wouldn’t have happened without the experience and the coaching in high school.” 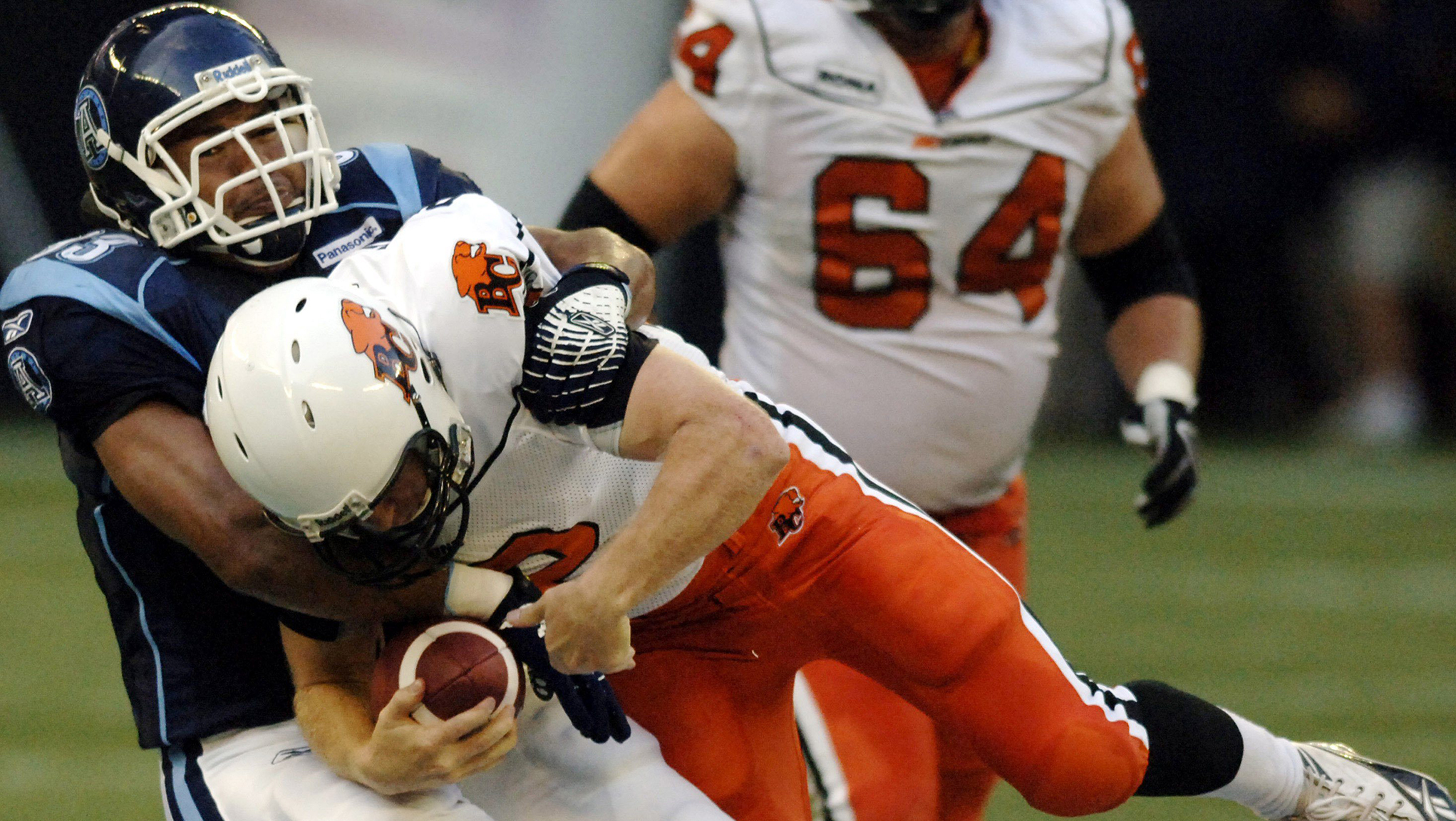 With reunions and get-togethers, Lorne Park’s football legacy continues beyond booster clubs and cheerleaders, and alumni not short of words hailing the benefits of donning the jersey of the Spartans.

A beacon of positivity in his days at Lorne Park was Andy Zaremba, whose brother also played football there, and their father taught and coached at the Peel Region school.

“Just great memories of (Lorne Park) – where I really developed as a football player,” said Zaremba, a former offensive lineman on the team and later, after graduation in 1998 attended California University of Pennsylvania as well as Hamilton’s McMaster University.

“Lorne Park taught me to work diligently, work hard and to set goals. We had coaches who knew the game, who knew how to teach and get the best out of everyone. I, like many others, have been lucky to benefit from Lorne Park’s tradition of producing very good football players, teams and a great reputation in the sport.”

Consistently competitive, the backbone of Lorne Park success, many claim, is attributed to coaching – and there have been many, including former students and athletes who have taken over the challenge.

“When I first started at Lorne Park, I knew the school already had a great program and in my first year, we won a Peel championship,” said Brian Brock, who was a teacher and coach from 1983 to 2001.

John Musselman was a student at Lorne Park, played four years for the Spartans and later returned to the school as a teacher and coach. His son, also a Lorne Park grad, played on two Peel championships and won a Provincial championship

“I have some fond memories of my days at Lorne Park – never won a championship as a player, but coached teams to three titles,” said Musselman, who coached for 20 years before his retirement from the classroom. “You look back and can put legacy and football in the same sentence at that school. It was pretty exciting and an amazing experience.” 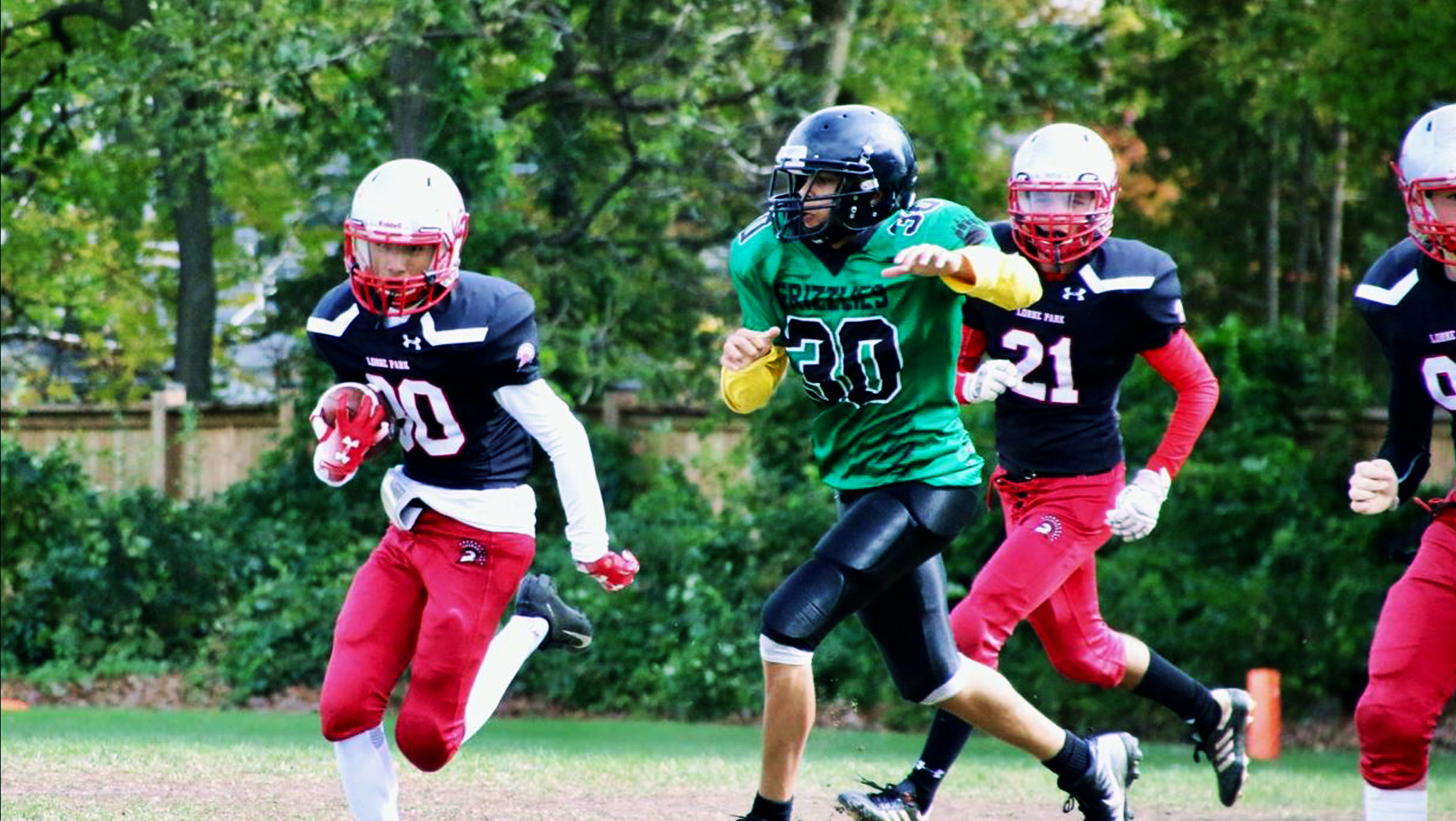 Attending Lorne Park for studies was important, but playing football was something special for Wally Gabler, a former school Athlete of the Year and now Associate Director of Athletics at the University of Guelph.

“It was a big-time high school football program with crowds and cheerleaders and alumni – and the coaches were incredible teachers of the game,” said Gabler, who played on five consecutive Peel Region championship teams. “It was special to wear a Lorne Park uniform. You knew there was history and part of a tradition.”

With changing demographics, diversity, opportunities and challenges, Lorne Park became one of many schools that welcomed girls to the tackle game – and Kate Levesque, a 15-year old in her first year of playing on the Junior squad, is one of the latest to play.

“I saw the guys play, was curious and thought it would be a challenge to try out for the team and a lot of fun,” said Levesque.

“The coaches have been a big part of my learning and I am treated, by everyone, as just a member of the team – nothing special because I am a girl. I have learned that at Lorne Park, they take football seriously.”

Scott Price is head coach of the current Lorne Park squad, the only public board team left in the Region of Peel Tier One loop.

“There is a proud tradition here, but for the football program to succeed, we need kids and the school enrollment is down to 1,000,” said Price, who transferred to Lorne Park from Streetsville and said he felt the pressure and high expectations to keep the program functioning. “For me, I can look back and remember lots of success. It’s also on the walls of the school. It’s more than championships, but developing young men, a journey, hard work and a bond players have for life.”