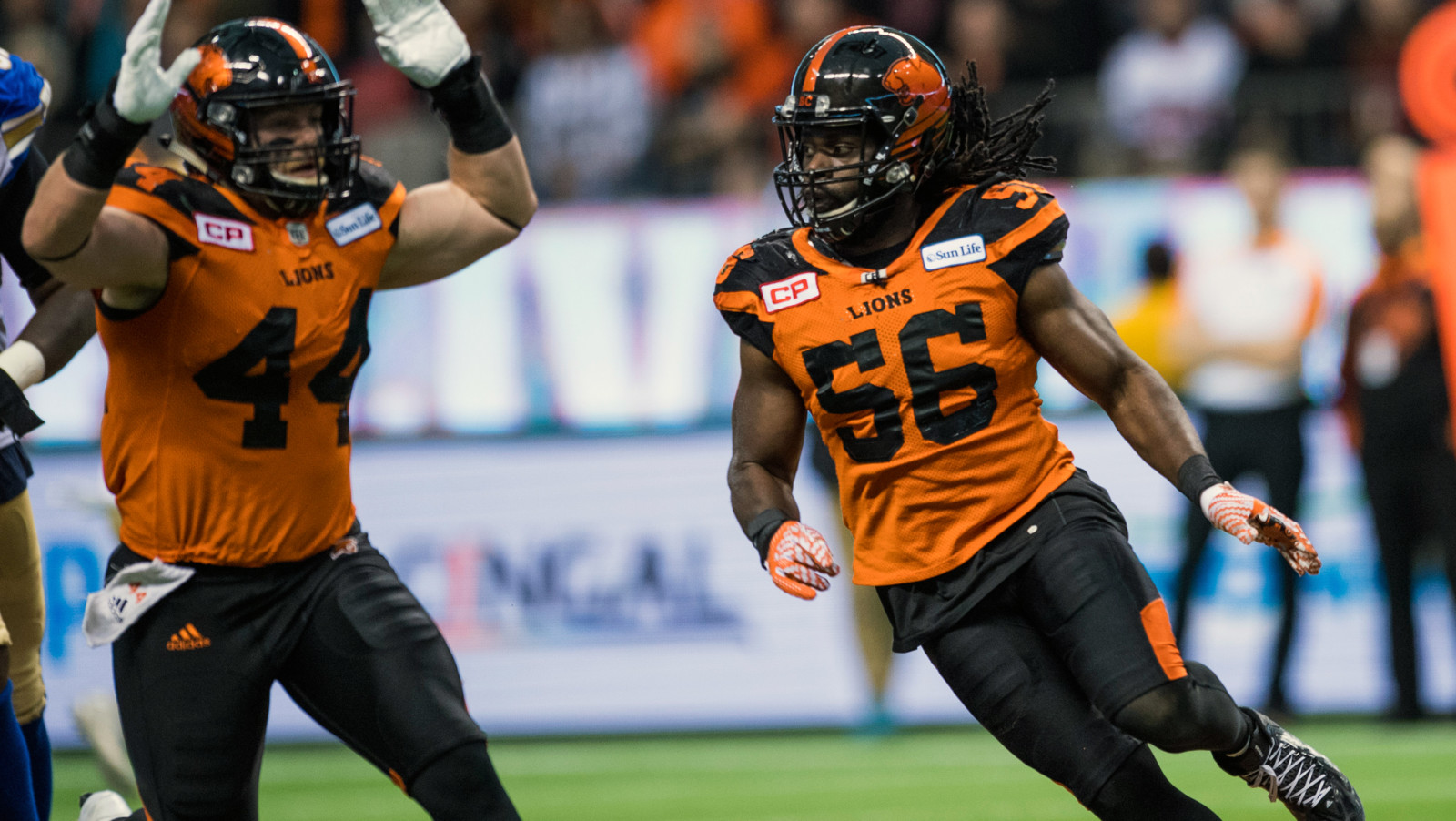 SURREY, B.C. — According to multiple reports, including Lowell Ullrich and Farhan Lalji of TSN, BC Lions linebacker Solomon Elimimian is taking the majority of reps at practice this week over Micah Awe.

Elimimian has been sidelined since Week 5 against the Winnipeg Blue Bombers after suffering a wrist injury. He recorded 26 defensive tackles in four games this season before requiring surgery.

If he can shake off some of the rust, the 32-year-old would be a welcome addition to the Lions’ defence. The nine-year CFL veteran arrived in the CFL in 2010 and was part of the team’s historic comeback season in 2011, when the Lions rebounded to win the Grey Cup on home field.

A four-time CFL All-Star, Elimimian has twice been named Most Outstanding Defensive Player (2014, 2016) and in 2014 became the first full-time defensive player in league history to win Most Outstanding Player.

He has twice set the single-season tackles record, breaking his own record-breaking mark of 143 tackles with 144 tackles in 2017.

Ullrich also reported that Jeremiah Johnson has been receiving reps over Chris Rainey at running back. Tyrell Sutton is expected to get the start for the Leos, with one of Rainey or Johnson getting reps and potentially kick return duties as well.

The crossover-bound Lions visit the Hamilton Tiger-Cats on Sunday for the Eastern Semi-Final, kicking off at 1 p.m. ET at Tim Hortons Field.