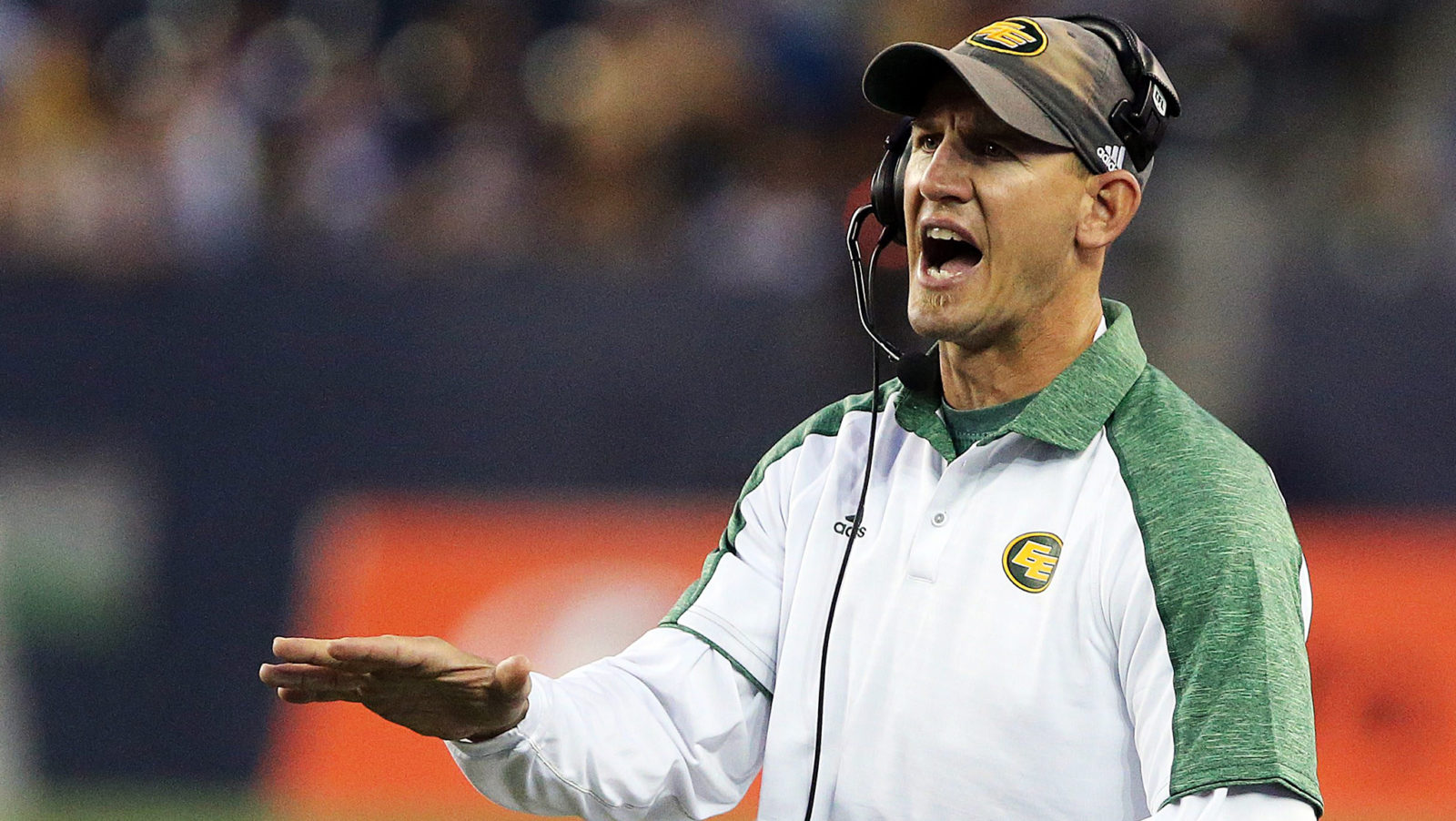 EDMONTON — A day after Wednesday’s initial report, the Edmonton Eskimos confirmed Thursday that Jason Maas will return as the team’s head coach in 2019 for a third season.

The Eskimos are coming off a 9-9 season in which they missed the playoffs for the first time since 2013.

“Brock and I sat down and digested everything for about eight hours, and at the end of it, we came to the conclusion that I am going to go forward and coach the team,” Maas said Wednesday on the ‘Esks Coaches Show’ on 630 CHED.

“I’m happy for that, I wanted to do that and I am excited about it.”

Maas also stated that there was a chance he would relinquish the offensive coordinator duties.

“I’ll take some time to divulge that information later, but definitely it is something that I am leaning towards,” he said. “I think promoting from within is what I will do.”

With Maas returning, the attention this off-season shifts solely on pending free agent quarterback Mike Reilly as the Esks look to rebound from a forgettable 2018 campaign.