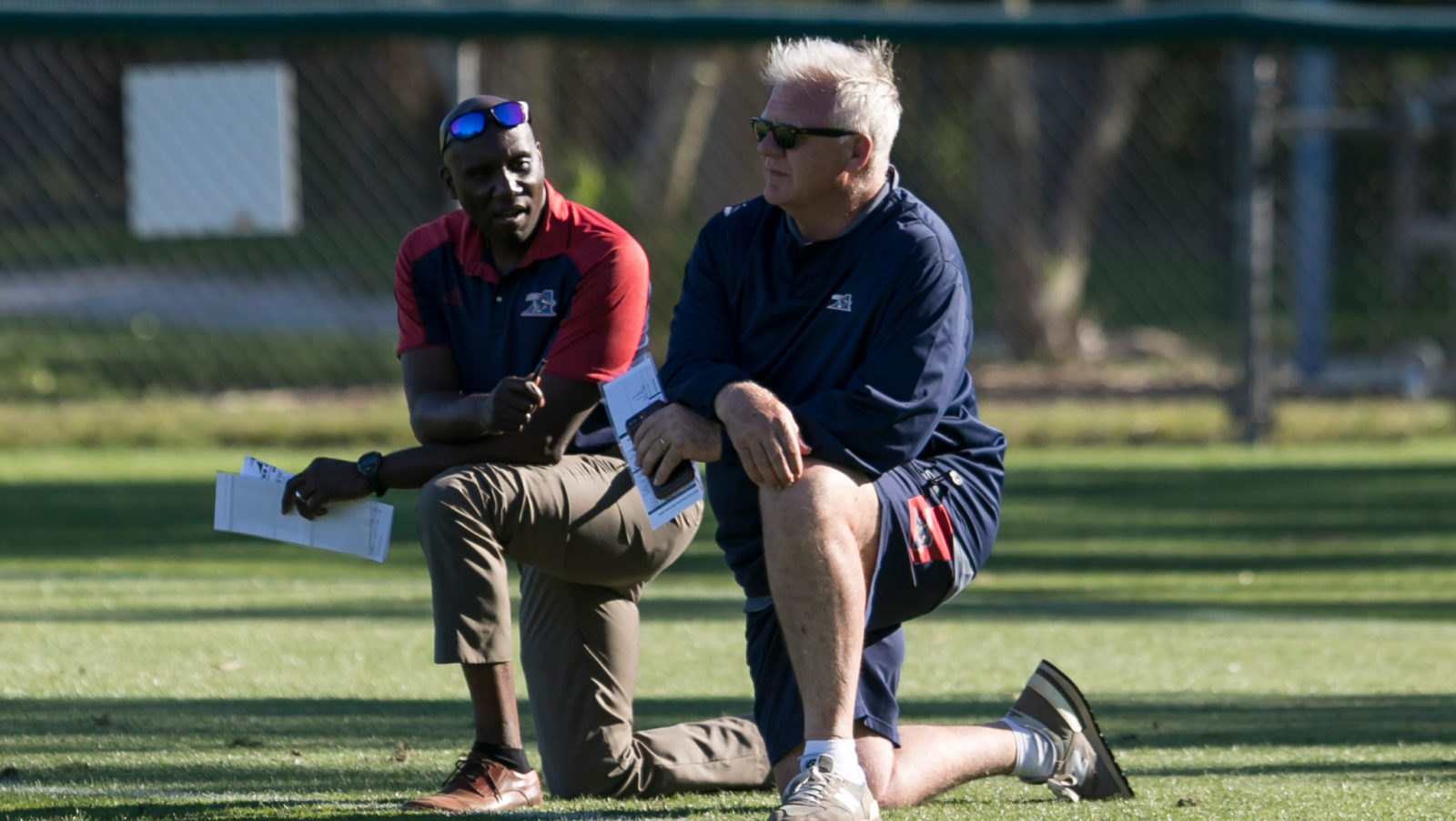 MONTREAL — It appears that Kavis Reed and Mike Sherman will be back with the Montreal Alouettes in 2019.

The team held a press conference on Thursday at a news conference in Montreal, where President and CEO Patrick Boivin was joined by both Reed and Sherman to address the media for the first time since the end of the season.

The Alouettes finished 5-13 this year, missing the playoffs for a fourth straight season. However, the last couple of months have brought along cautious optimism, with four of the team’s five wins coming in the second half of the season.

“Our 2018 football record is a disappointment and it falls short of our expectation,” said Reed following his second full season as general manager. “I feel very strongly that Coach Sherman has created an environment where we expect to win, not one where we hope to win.”

“We need to be much better than we were this past year,” added Sherman, who was hired by the Alouettes last off-season and completed his first season in the CFL. “We need to be more consistent. Consistency — that’s what champions are made of, and that’s what we’re striving for.”

Despite the disappointing result, 2018 was a busy season for Reed and the Alouettes. They committed to rebuilding what was previously an aging offensive line, investing two high draft picks in offensive linemen Trey Rutherford (second overall, 2018) and Tyler Johnstone (first-round supplemental draft pick, 2019).

Reed also looked to address the team’s biggest weakness — the quarterback position — dating back to 2013, when Anthony Calvillo retired. The Als gave up two first round picks, Jamaal Westerman and Chris Williams acquire Johnny Manziel, while developing another potential starter in Antonio Pipkin along the way.

After a nightmare debut in which he threw four interceptions, Manziel showed progress throughout his eight CFL starts, finishing with five touchdowns and seven interceptions while completing 64 per cent of his passes.

The Als are expected to hold an open competition next season behind centre, with Vernon Adams Jr. and Jeff Mathews, both recently signed to extensions, also potentially in the mix, along with Matthew Shiltz.

Two players the Alouettes could build around next season are running back William Stanback and receiver Eugene Lewis. Stanback, just 24 years old, forced his way into the job, rushing for 539 yards while averaging 6.65 yards per carry. He added 313 receiving yards, including a 100-yard game in the season finale vs. Hamilton.

Lewis, 25, broke out with 827 receiving yards and four touchdowns in 18 games. He also threw a touchdown pass and rushed for another.

“We absolutely need a competitive team on the field and we hope that with the launch of our new identity, and the progression that we’ve made in the second half of our season, we will do just that,” said Boivin.