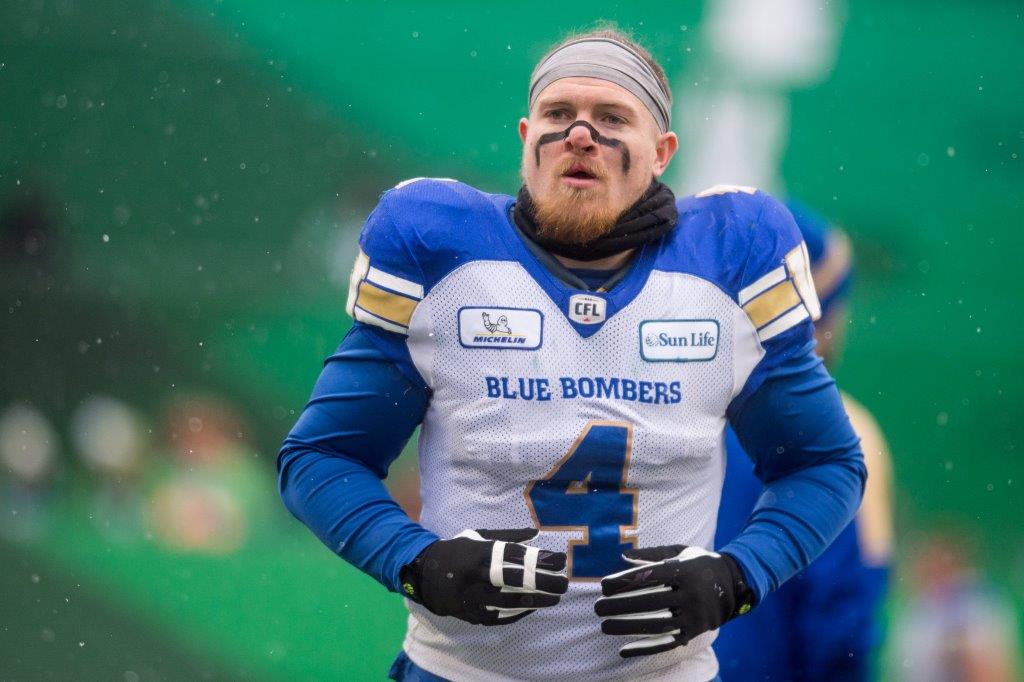 WINNIPEG — Despite an initial scare, the Winnipeg Blue Bomebers confirmed that star linebacker Adam Bighill will indeed suit up Sunday when they take on the Calgary Stampeders in the Western Final at McMahon Stadium.

Mike Oshea tells CJOB today that Adam Bighill, injured late in The west semi-final, will be good to go in the final in Calgary. More from Oshea tonite, 7-8 on cjob.

Bighill recorded four defensive tackles in Winnipeg’s 23-18 win over the Saskatchewan Roughriders in the Western Semi-Final on Sunday, earning the franchise its first playoff win since 2011.  There was some concern exiting Sunday’s contest that Bighill had sustained an undisclosed injury but seems as though he will dress.

Bighill and the Bombers return to practice on Wednesday afternoon at Investors Group Field before heading to Calgary on Saturday ahead of the division final.