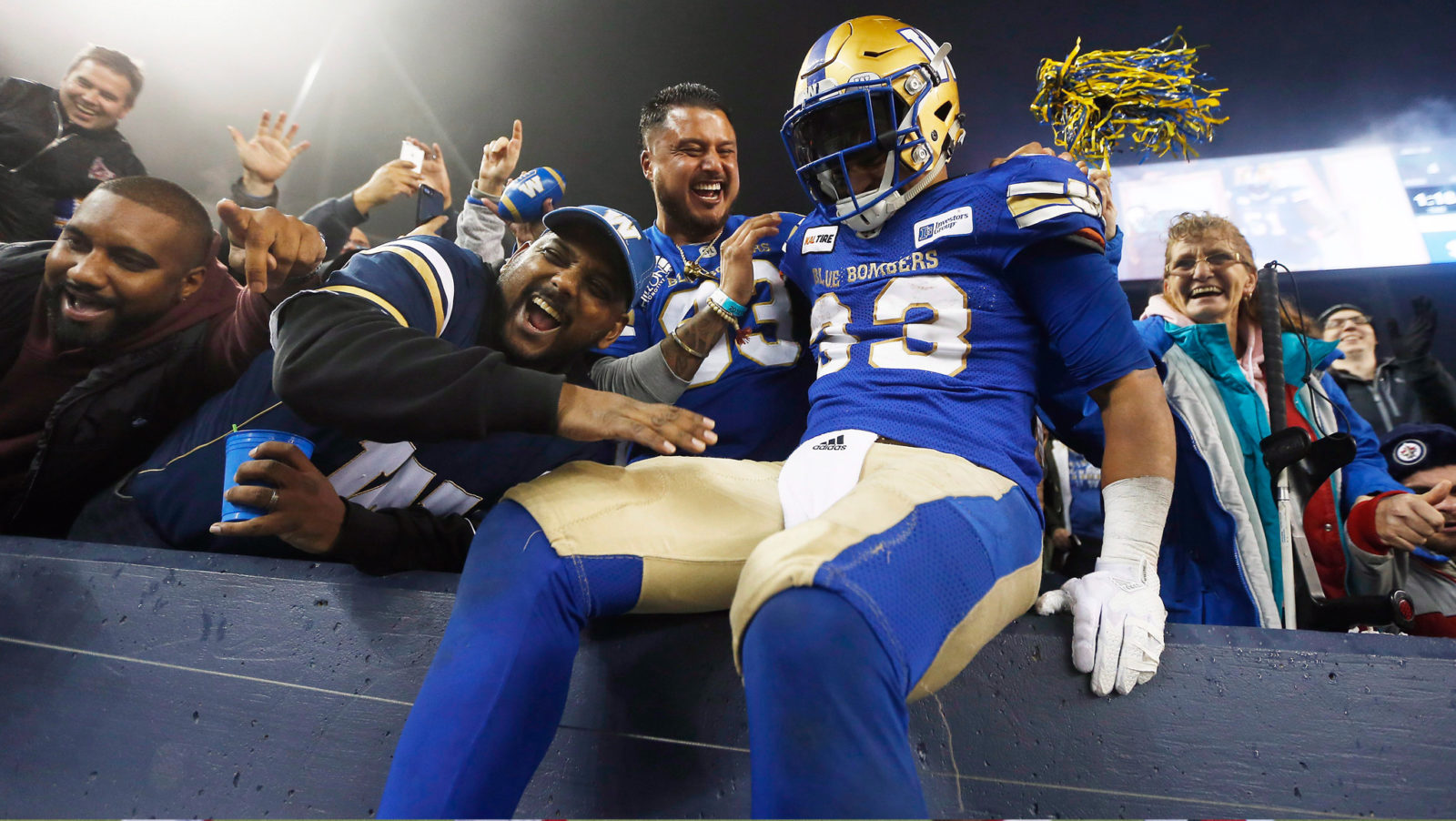 TORONTO — We are just one weekend away from discovering our matchup in the 106th Grey Cup presented by Shaw.

After a week in which the CFL.ca writers favoured the Hamilton Tiger-Cats in the Eastern Semi-Final 4-2, this week offers up the same favouritism, but in favour of the REDBLACKS this time around — sticking with the home team trend.

Despite the REDBLACKS taking a 3-0 season sweep of the Ticats, Sunday’s Eastern Final will bring a fairly balanced matchup from the nation’s capital.

As for the Western Final, yet again the writers have split themselves 50/50 with no clear-cut winner based off of their opinions.

The Stampeders had the upper-hand in the season series against the Bombers, however Winnipeg has carried a completely new identity of late — one that resulted in a 29-21 win over the Stamps in Week 20. 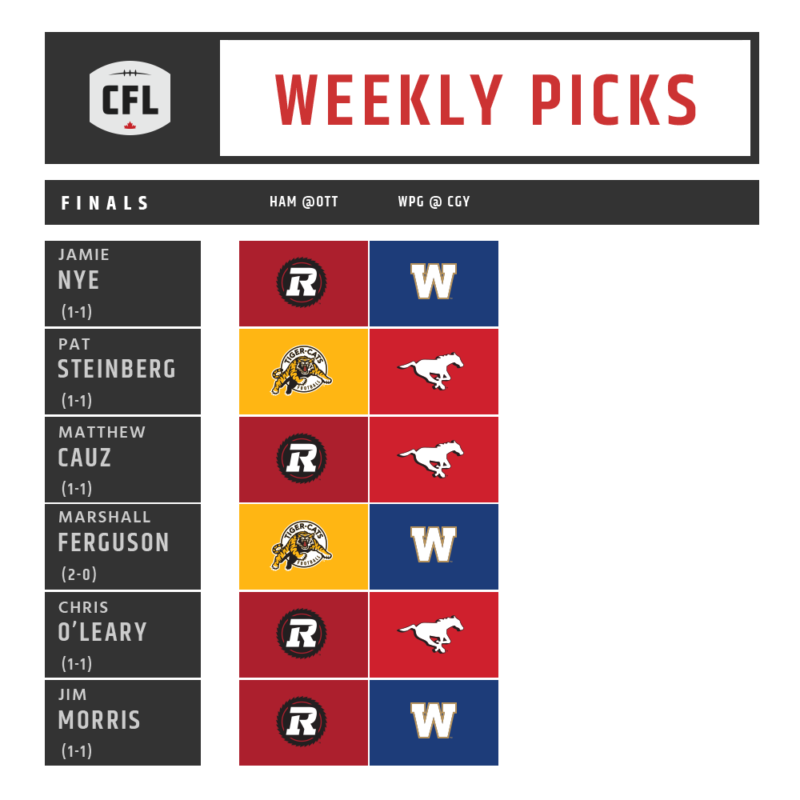 The fourth meeting between the Ottawa REDBLACKS and Hamilton Tiger-Cats will take place from TD Place on Sunday. Up for grabs? A trip to the 106th Grey Cup in Edmonton.

An Eastern Final similar to the one witnessed between these two squads back in 2015 is expected, which went right down to the wire. For those of you who may have forgotten, a last-minute connection between Henry Burris and Greg Ellingson was what sent the REDBLACKS to their first championship in the team’s young history.

A lot has changed since then, however. For instance, Burris is now retired. Trevor Harris has taken the helm as Ottawa’s signal-caller. Ellingson remains, along with Brad Sinopoli, to be ‘buds’ in a highly potent receiving corps that also includes Diontae Spencer. They’ll be a handful for the Hamilton secondary, as they try to contain the passing game with Harris completing 72 per cent of his passes in the three meetings between the two teams.

The Tiger-Cats will be without Brandon Banks, who went down with a broken collarbone in the Week 19 meeting with Ottawa. As a result, Jeremiah Masoli will be leaning heavily on Luke Tasker, as well as hoping for another breakout performance from Bralon Addison, who had five receptions for 124 yards last weekend against the Lions.

Hamilton will also be able to rely on their run game to aid in moving the ball against a tough Ottawa defensive unit. Alex Green has combined for 219 yards in two games against the REDBLACKS this season.

The Winnipeg Blue Bombers will soar into Calgary hoping to maintain their momentum that they’ll be carrying over form the Western Semi-Final win over the Roughriders from last weekend.

Matt Nichols will be needing to be on the top of his game against the league’s top defensive unit. In the two games he played against the Stampeders this season, Nichols passed for 616 yards.

Andrew Harris will be wanting to make an impact in Sunday’s game. In the regular season, the Canadian running back failed to score a major in either of the games against Calgary.

Winnipeg finished the season as the league’s No. 1 scoring offence. Second to them were the Stampeders.

As for Calgary, the success of their offence lies in the hands — or rather arm — of Bo Levi Mitchell. In two games against the Bombers this season, Mitchell has passed for 726 yards through the air and four touchdowns. He did not throw a single interception to the Bombers defence in their season-series — a defence that finished the regular season with 20 interceptions.

Mitchell’s 36 passing touchdowns led the league as he ranked third in the league in total passing yards with 5,124.