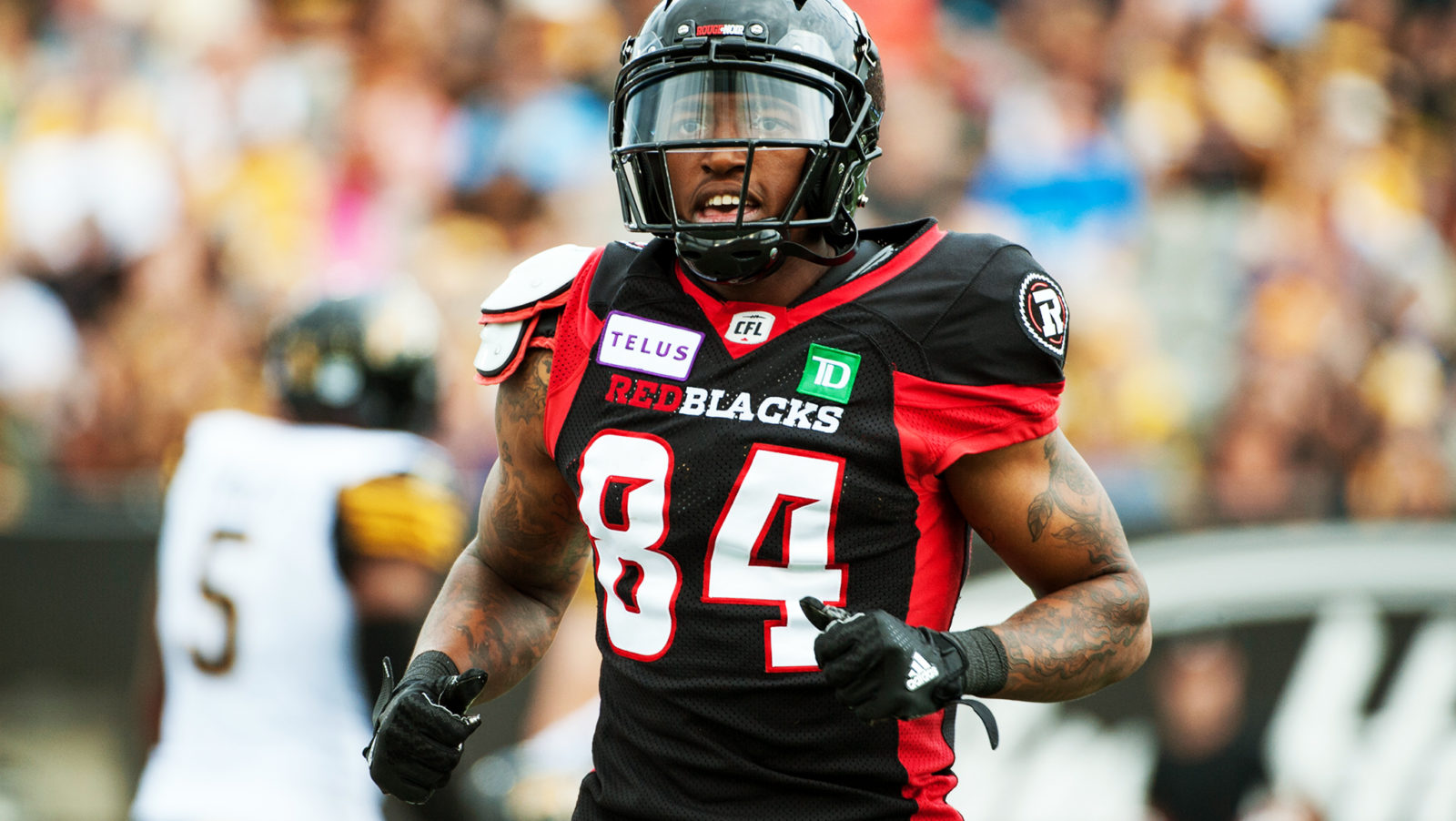 There are a select few of those guys around the CFL and on Sunday, with seasons on the line, those will be the players to watch.

We know that when it comes to the Winnipeg Blue Bombers, Matt Nichols, Andrew Harris and Adam Bighill are going to have a major say in the outcome of the football game. Ditto for Alex Singleton for the Stamps, Luke Tasker for the Tiger-Cats and Greg Ellingson with the REDBLACKS.

There is no shortage of fire power for Trevor Harris to work with in Ottawa and the forgotten man is often first-year receiver R.J. Harris.  Playoff games often come down to big plays at the right times and Harris has a knack for both. A big target with exceptional hands, Harris can stretch the field and come down with a jump ball to get you out of a hole or cap off a long drive. The New Hampshire grad has six receptions of over 20 yards, including gains of 40, 45 and 58 on the season. In an offence that relies on slants to the likes of Greg Ellingson and Brad Sinopoli, the wide side of the field is often Harris’ territory. Also factor in the Ticats’ secondary, which has some injury issues on the back end, and Harris could be primed for a few of those big catches over the top.

The Ottawa REDBLACKS finished second in the league in knockdowns and have two defensive backs in the top 10 in interceptions. One of those is cornerback Jonathan Rose. In fact, the field side of the Ottawa defence, along with veteran DB Rico Murray, has combined for 10 interceptions on the season. A lot has changed with the opposing receiving corps but Rose has the speed an discipline to keep up with anyone the Tiger-Cats send to the field side. Rose isn’t afraid to make a play on the ball and can change a game or stall a drive with one jump of a route.

Bralon Addison was our pick in this exercise last week but with success comes attention and one could assume that Addison will be watched closely by a REDBLACKS secondary that, at one point, had an unknown receiving corps lining up across the field. That new found attention to Addison may open up space for Alex Green along the ground. In the first quarter last week, Green was limited to just three yards before he busted a 22-yard scamper in the frame’s final minute. After that, he started to find success off the edge and opened up the passing game in what was a dominant second quarter offensively for the ‘Cats. Ottawa’s secondary is active and Green could eat up yards, especially in the first half when the Ticats tend to run the ball more.

Unamba earns the nod for the second week in a row as he could factor heavily in what the Ticats do on defence.  The ‘Cats are doing some shuffling to the secondary and are about to go up against one of the elite rushing attacks in the league. William Powell is a force between the tackles and out of the backfield and Unamba is as versatile a linebacker as any in this matchup. The former Blue Bomber DB can drop back and cover or use his closing speed to minimize gains in the flat. He is also a presence on the blitz, turning the edge quickly and forcing quarterbacks to make uncomfortable throws.

With just three catches over his last four games, Juwan Brescacin has become somewhat of a forgotten member of the Stamps’ receiving corps. Still, the Bombers’ secondary will need to keep close tabs on the third-year national, who’s shown a penchant for making highlight-reel grabs throughout what’s been a breakout season. At 6-foot-3, 222 pounds, Brescacin is one of the most physically-gifted Canadian receivers in the league and can make a game-breaking play on a moment’s notice.

It’s not that Jamar Wall isn’t already a household name seven years into his CFL career, but 2018 has been a quieter year than we’re accustomed to from the Stamps’ defensive back. Wall has made the transition to SAM linebacker this season, racking up 36 tackles, two sacks and in interception. But as we’ve seen through his career, the former shutdown halfback has big play ability, owning 18 interceptions and four touchdowns in 112 games. Keep a close eye on him in Sunday’s game.

The Bombers’ depth chart revealed a change at receiver this week, with Ryan Lankford subbing in for Kenbrell Thompkins at slotback. Both have shown explosiveness when inserted into the lineup, but Lankford is a big-play receiver, contributing at times as a special teams returner and pass-catcher. With the need to try and stretch the field against the CFL’s top-ranked defence, Lankford adds a vertical threat to Matt Nichols arsenal.

The SAM linebacker spot has been a productive one on defence for the Bombers, whether it was the now-injured Maurice Leggett or his replacement, Anthony Gaitor. An off-season free agent signing, Gaitor has done a nice job shoring up the Bombers’ secondary, intercepting two passes and finding the end zone twice while adding two sacks. With a league-high 49 takeaways (tied for first with Calgary) and a CFL-best 151 points off turnovers, the Bombers have relied on big defensive plays all season — something Gaitor could provide when the team needs it most.