Cauz: Harris gets the record, but the credit should be shared 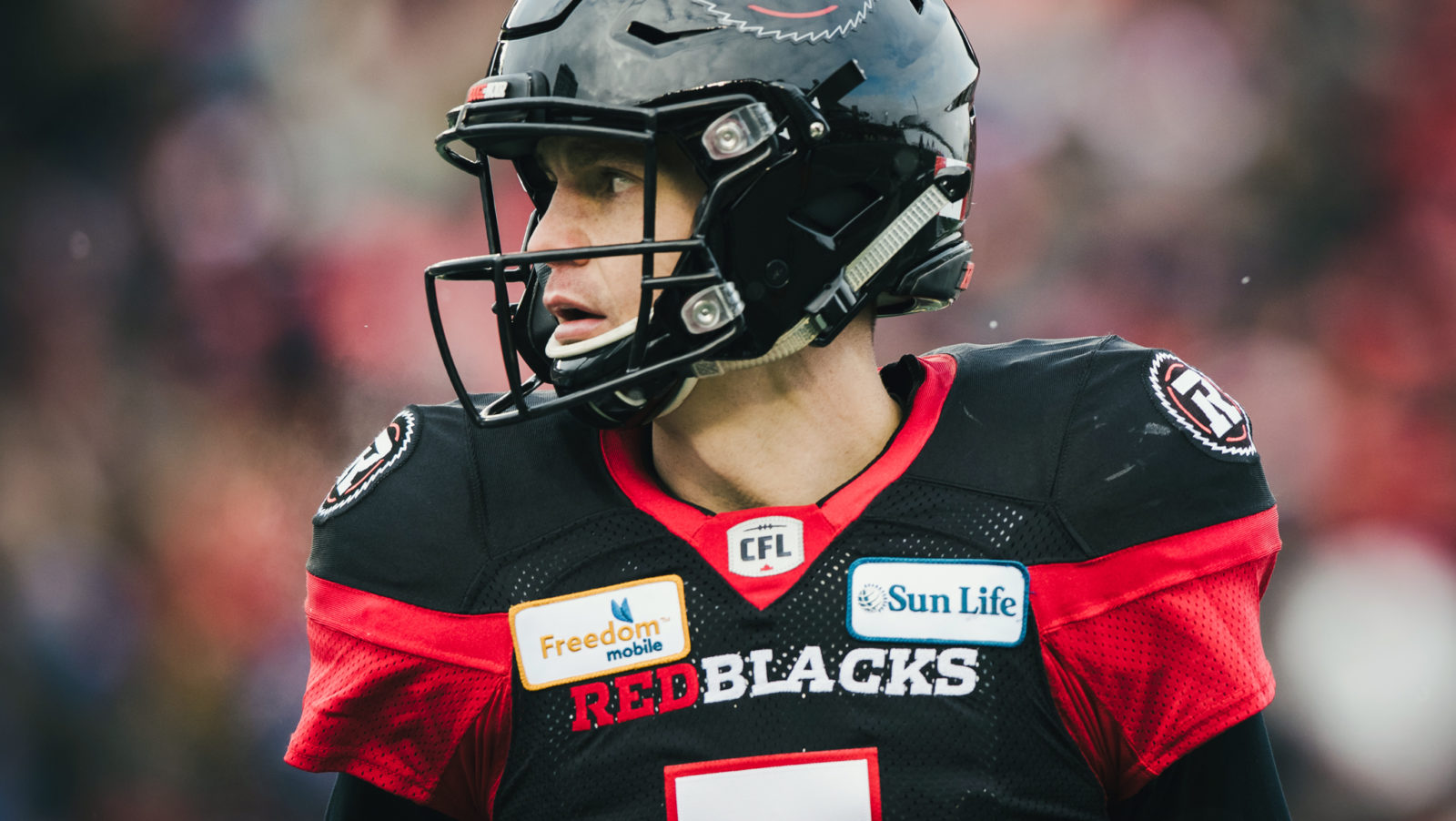 Cauz: Harris gets the record, but the credit should be shared

Do you know how hard it is to rain on the parade of a quarterback who set the record for playoff touchdown passes in a single game? I mean, the degree of difficulty in finding fault in a passer who had twice as many touchdown passes (six) as incompletions (three) is off the charts.

Please allow me to try to besmirch the awesome name that is Trevor Harris when really all I’m doing is shedding light on just how dominant the Ottawa REDBLACKS offence was in their 46-27 pounding of the Hamilton Tiger-Cats.

The truly impressive part of those record-setting six touchdown passes by Harris was that it was more about the receivers and the blocking than it was about the quarterback. I know the main headline will be about Harris vanquishing the unfair narrative that he can’t win truly big games for Ottawa, but if you dig a little deeper in the game, the real story was just how in sync the other 11 men on offence were yesterday.

Don’t believe me? Well, let’s take a closer look at those half dozen scoring plays.

Trevor Harris’ pass may have traveled the length of a Bear Woods‘ dreadlocks. Spencer caught this ball at the line of scrimmage then followed the excellent downfield blocking of R.J. Harris, Julian Feoli-Gudino and Brad Sinopoli into the end zone. This play was more about Spencer’s vision, speed and hilarious touchdown celebration with the TSN panel than it was about any quarterback heroics.

I’m giving a hat tip to Coach Rick Campbell and his entire staff for calling a pass on the two-yard-line on second down. Instead of the conservative play, Ottawa went to the air as Harris easily found Beaulieu all alone in the end zone as Hamilton’s defence was selling out to stop the run. This was a simple pitch and catch play.

Touchdown #3: Dionte Spencer again, this time from nine yards out

All right, Harris gets some legitimate credit here by selling the play action, sucking the Tiger-Cats in and then delivering a strike right to Spencer. But also credit to William Powell and the REDBLACKS’ running game for helping to sell the play action pass. There’s a reason that Frankie Williams was a couple steps slow getting back on Spencer, and that was the fear of the hard running style of Powell.

Touchdown #4: Marco Dubois with an 11 yard-touchdown in his playoff debut

So you don’t think this is some sort of hot-take, contrarian hit piece on Harris, this touchdown was all about Trevor’s vision. Harris looked to his right first, scanned the field and then found Dubois. Marco did a fine job of finding the open hole but I think it is safe to say that Dubois was NOT the primary option. The offensive line gave Harris the time he needed to scan the field and he rewarded their blocking by finding the correct target.

Much like we need to find a way to not penalize quarterbacks for interceptions for end-of-the-half heaves into the end zone, or when they go off the hands of their receiver into a cornerback, then we must also recognize that not all touchdown passes are created equally. This was a screen pass with Gillanders doing all the work from behind the line of scrimmage all the way to pay dirt. Props to Harris as this pass represented the 10th different player to catch a pass, but the spotlight must first go on lineman Alex Mateas and Nolan MacMillan for sliding out and laying out a couple of Hamilton defenders for Gillanders.

The most impressive part of this scoring play was the subtle fake that Brendan put on the excellent safety Mike Daly, forcing Daly to take the wrong angle, fall down and then smash the field with his fist in frustration as Gillanders soon gave Ottawa a 20-point lead.

Touchdown #6: The record setter with that “deep” pass to Greg Ellingson

Oh man, I felt bad for defensive back Don Unamba as he was rendered useless in coverage after succumbing to one hell of a double move by Greg Ellingson. I’m not sure many defenders could have done better going up against Ellingson in space when he’s pulling off that video game move. Ellingson gave Harris an easy target and then he used his speed to race past everyone else, giving Harris the record.

Please don’t take all this as me under-selling what Harris did. He was in complete control of the game, marching his team downfield time and time again. It was the best game of his career and it once again proves he has the skills to be a future MOP. But this Ottawa win was more of a reflection of all the talent both on the field and on the sidelines for the REDBLACKS.

Three other thoughts from this weekend:

1. Considering just how lights out Harris was throwing, I don’t understand why Hamilton was so conservative on offence near the goal line. You aren’t going to win when you settle for field goals of nine, 15 and 18 yards when the opposing quarterback is setting multiple passing records.

2. All the credit in the world to the Calgary Stampeders organization, and I’m not just talking about going to yet another Grey Cup. They are also the only team that played in both the finals this year and last. In 2017 Saskatchewan, Edmonton and Toronto were all in the Western and Eastern Finals. None played on Sunday. Consistency ain’t sexy but it’s damn impressive.

3. Listen, we all love what Winnipeg has done, and I think most of us are rooting for Matt Nichols, but for him and the Bombers’ offence to truly be at a championship level you have to be able to convert on second down and you just can’t miss out on critical touchdowns. Nichols missed a wide open Darvin Adams in the end zone on their second drive of the game. Considering how well Winnipeg’s defence played, that early touchdown could have proved pivotal.

Later on, Chris Streveler over threw a streaking down the middle of the field Andrew Harris late in the third quarter with the Stamps holding on to a three-point lead. I understand that Calgary can do that to just about any offence (see what they did to Ottawa and Trevor Harris!?) but considering your defence held Bo Levi Mitchell to 10 yards passing for the first 22 minutes of the second half, you needed to find a way to generate at least one touchdown in the second half.