The Day Before: GC Saturday Quote Board 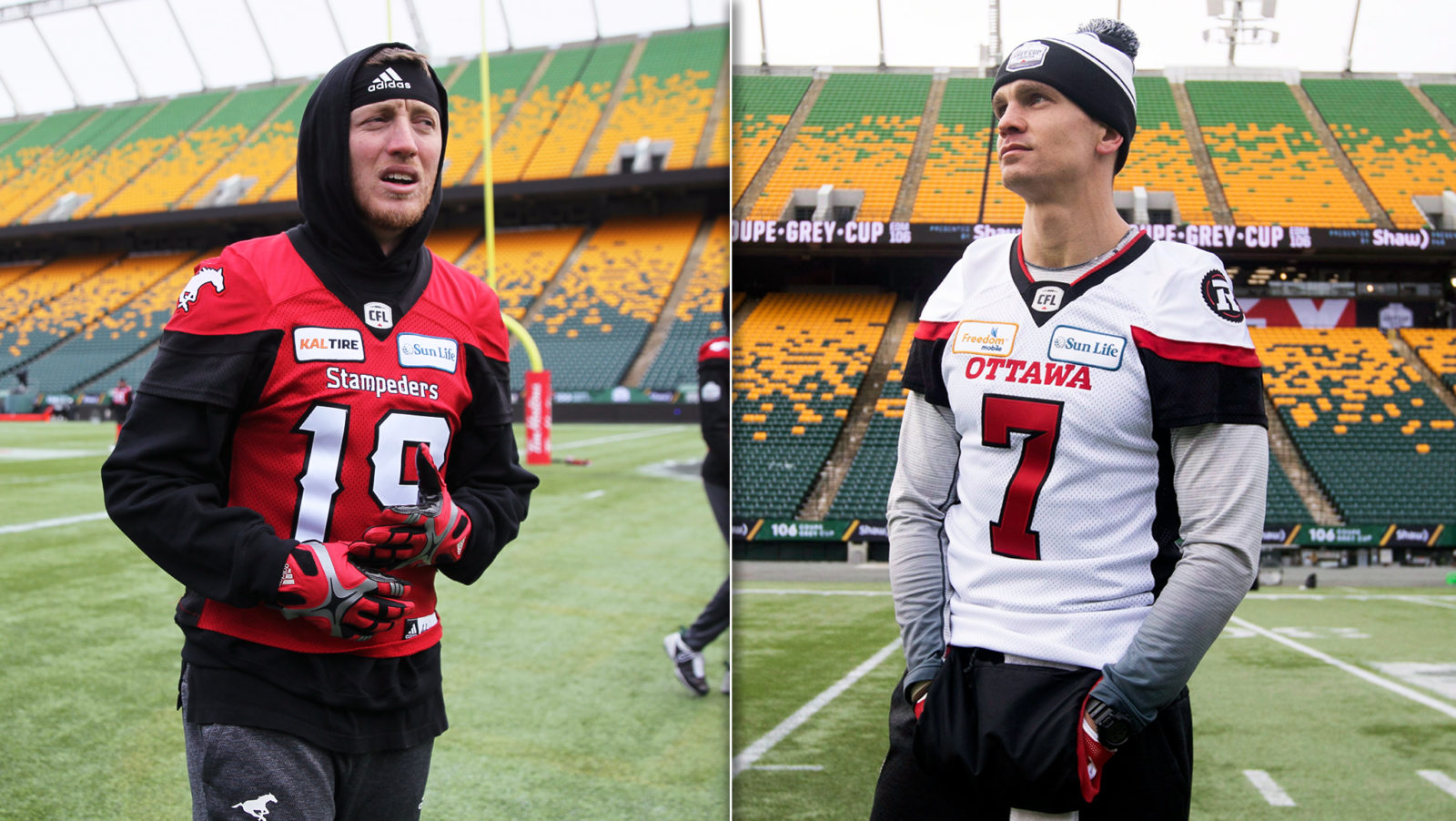 The Day Before: GC Saturday Quote Board

EDMONTON — As Saturday brings us a day away from the 106th Grey Cup, both teams went through their walkthrough practices at The Brick Field at Commonwealth Stadium in Edmonton.

The day marked Calgary’s second day practising on the field. Interestingly enough, the Stamps will be the home team in Sunday’s game, an unwelcoming fact to many Edmontonians.

As for the REDBLACKS, Saturday marked their first day at the stadium after spending much of the week practising at Foote Field — a domed venue on the campus of the University of Alberta.

Here are a collection of standout statements from Saturday’s post-practice press conferences: 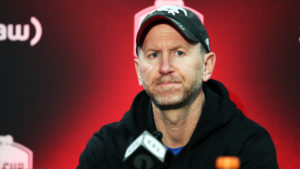 Dave Dickenson, Rick Campbell and players from both teams take to the podium on the even of the Grey Cup to address the media.

“First off, it was great competition. It was great competition all week, and we were working to figure out the best lineup. I tell the guys all the time that practice is important — that I’m watching — and that I need them to show me that ultimately we know the gameplan and we can handle the looks.”

“He was disappointed. He thinks he could go. he had a pretty good week. It’s just one of those things, you just kind of go with your gut. And there’s ultimately more than just him who are disappointed. The message to him is he’s had a great back-half of the football season. He’s shown that he’s a valuable person — player on our team, and you can only really control yourself, so keep working hard and control what you can control.”

– Dave Dickenson on Markeith Ambles being a scratch for Sunday’s Grey Cup.

“We’re battling a little bit across the board. I’m just going to say it — Juwan Brescacin didn’t play hardly at all last week. He was nicked up a little bit, so we’ve definitely had to use him less this week, but I think he’s good to go — and another guy we need to step up.”

– Dave Dickenson on the condition of Juwan Brescacin.

“I’m a big believer in players win or lose games, and the coaches, we just have to do our best to get them prepared and ultimately put them in the best situations possible. I was certainly more nervous as a player, that’s for sure.”

– Dave Dickenson on ensuring his team is prepared for Sunday’s game.

“Not letting the Grey Cup be bigger than the actual game if that makes sense. It’s just another game. Yes, it’s the last game of the year — it’s the championship game, but when you think about all the distractions that comes along with this event it can get bigger than what the actual game should be. The main thing is to go out there and do the same procedures you do before every other game. It’s the biggest game because it’s the next game — that’s what we always harp on.”

– Brandon Smith on advice for teammates who will be playing in their first Grey Cup.

“For the most part, our cleats were on top — kind of like a bed of ice.”

– Brandon Smith on field conditions at Commonwealth Stadium the past two days.

“You can’t wear cleats. You’ve got to wear something with a lot of studs on it. I saw guys try to wear regular cleats falling down.”

“I feel like we’re prepared, but there’s always going to be jitters — but that just means that you care and you’re excited. If you don’t have jitters, it’s probably the right time to pack it up for me, but I’m just really fired up to get ready to roll.”

– Trevor Harris on his eagerness to play in the Grey Cup.

“He’d be the first to tell you it doesn’t bother him. But we’re all here for the award that ya’ll can’t vote on.”

– Trevor Harris on Rick Campbell not winning Coach of the Year.

“I’m excited. I’m really — really happy — blessed — fortunate to be the quarterback of this organization. It’s something I’ve never taken lightly. Every day, I wake up — I don’t. It’s in my gratitude every day when I think about things. I’m just ready to go out and lay it on the line for my teammates.

– Trevor Harris on his feelings as the REDBLACKS starting quarterback the day before the Grey Cup.

“I don’t know. It’s going to depend on whether the Edmonton people held onto their tickets and they show up. But believe me, I know firsthand that you do not cheer for Calgary in this town. Doesn’t matter if it’s the Flames, the Stampeders, whatever it is.”

– Rick Campbell on the ‘Anybody But Calgary’ motto in Edmonton.

“They have their system in place and they’ve had the same group of coaches for so long, they kind of just do what they do, and they plug guys in, and so they always end up with good players and they’re always going to be difficult to stop.”

– Rick Campbell on preparing for the Stampeders’ ever-changing receiving corps.