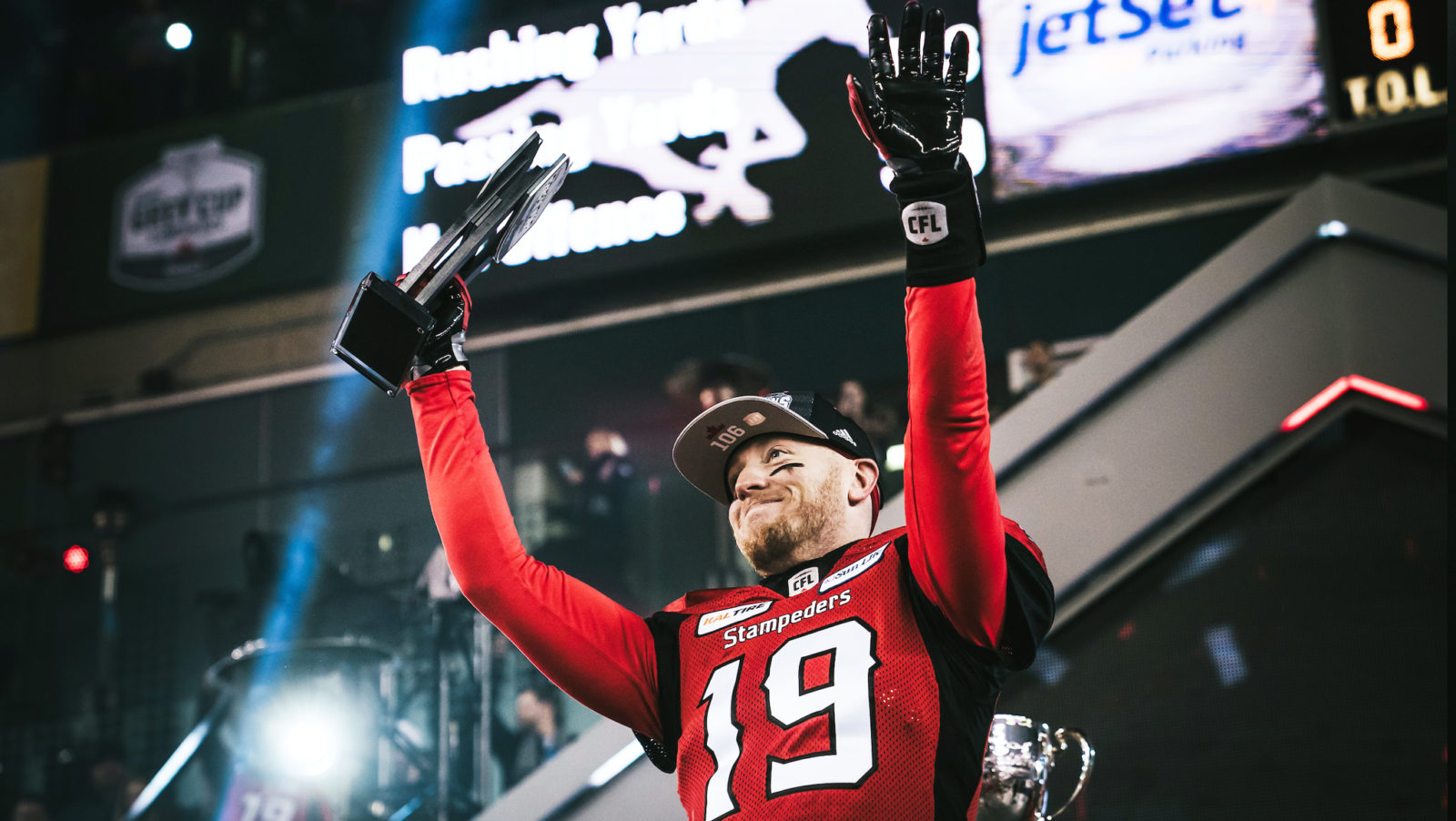 “This is amazing. This is the most amazing feeling I’ve ever had – especially with all the failure – we’ve learned from it,” Mitchell said after accepting the MVP award following the Stampeders 27-16 victory. “I got to say, the reason it’s so sweet is I have the greatest teammates in the world. Defence, they could not wait to tear ya’ll down when you had a bad game. Ya’ll came back and won this championship. I love my entire team. I love Calgary. Thank you.”

The Stampeders pivot threw for 253 yards, two touchdowns and two interceptions on his way to winning his second career Grey Cup.

The coaches and everybody did an amazing job putting together a great gameplan,” Mitchell said. “Guy’s bought in. We understood the conditions – it was going to be an equalizer. Guys made great plays and we went out there and won the game.

Mitchell took his Stamps to the final game of the 2018 season for the third year in a row after finishing the regular season on top of the West Division with a 13-5 record.