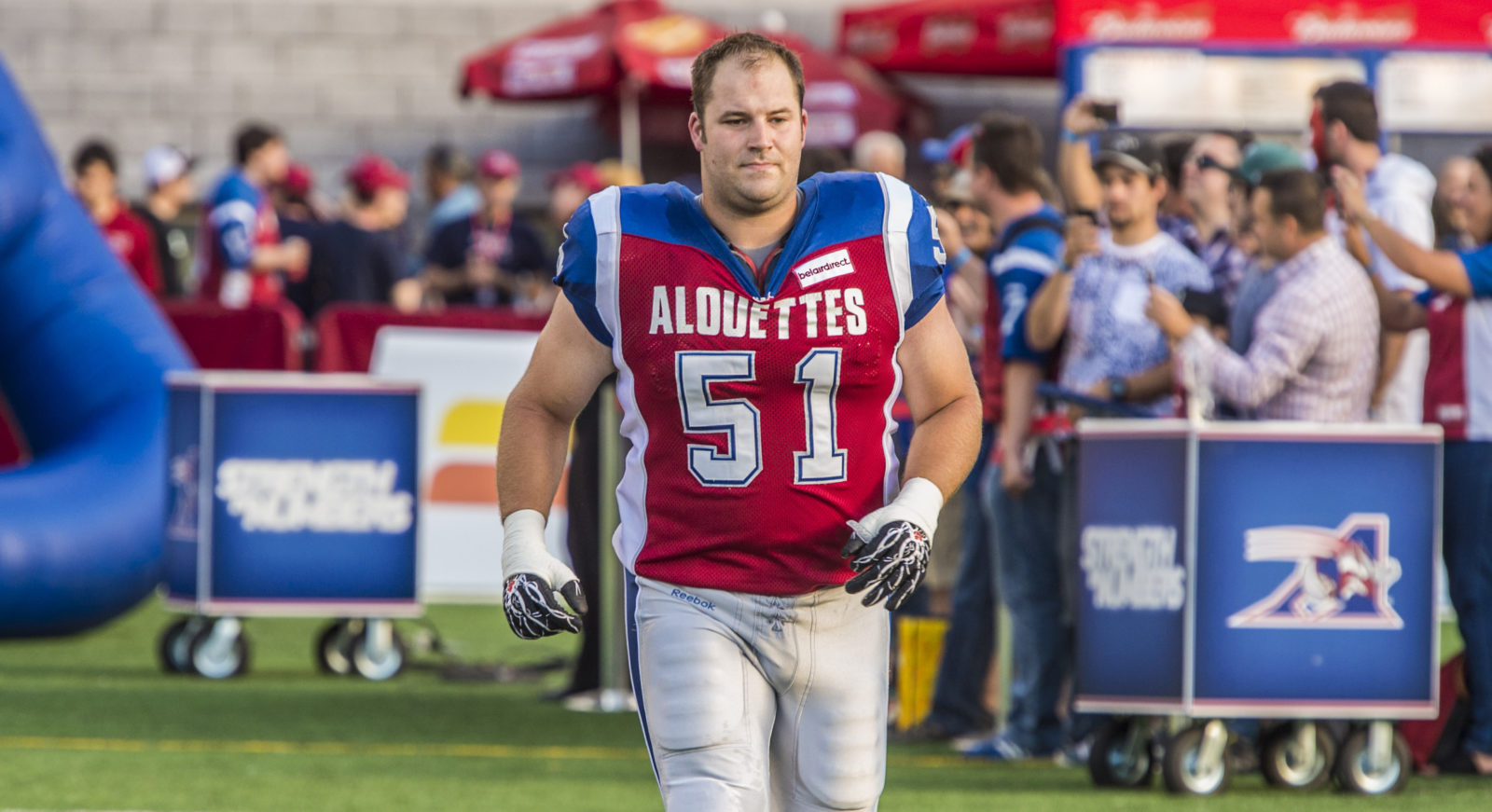 MONTREAL — The Montreal Alouettes have extended offensive lineman Kristian Matte, the team announced on Monday.  He has signed a one-year extension.

Matte was set to become a free agent on February 12.

“Kristian is among the top offensive linemen in the CFL and we are delighted to have him back in our lineup next season,” said Alouettes General Manager Kavis Reed. “His commendable knowledge of our offence and of our league make all of our players better. His valuable experience is also a great asset for our younger players”.

Matte was drafted in the first round (seventh overall) by the Alouettes in the 2010 CFL Canadian Draft, following a brilliant university career with the Concordia University Stingers, which lead him to sign a contract with the Houston Texans. He had previously played for the Vanier Cegep Cheetahs