Not So Fast: 10 free agents likely to stay put 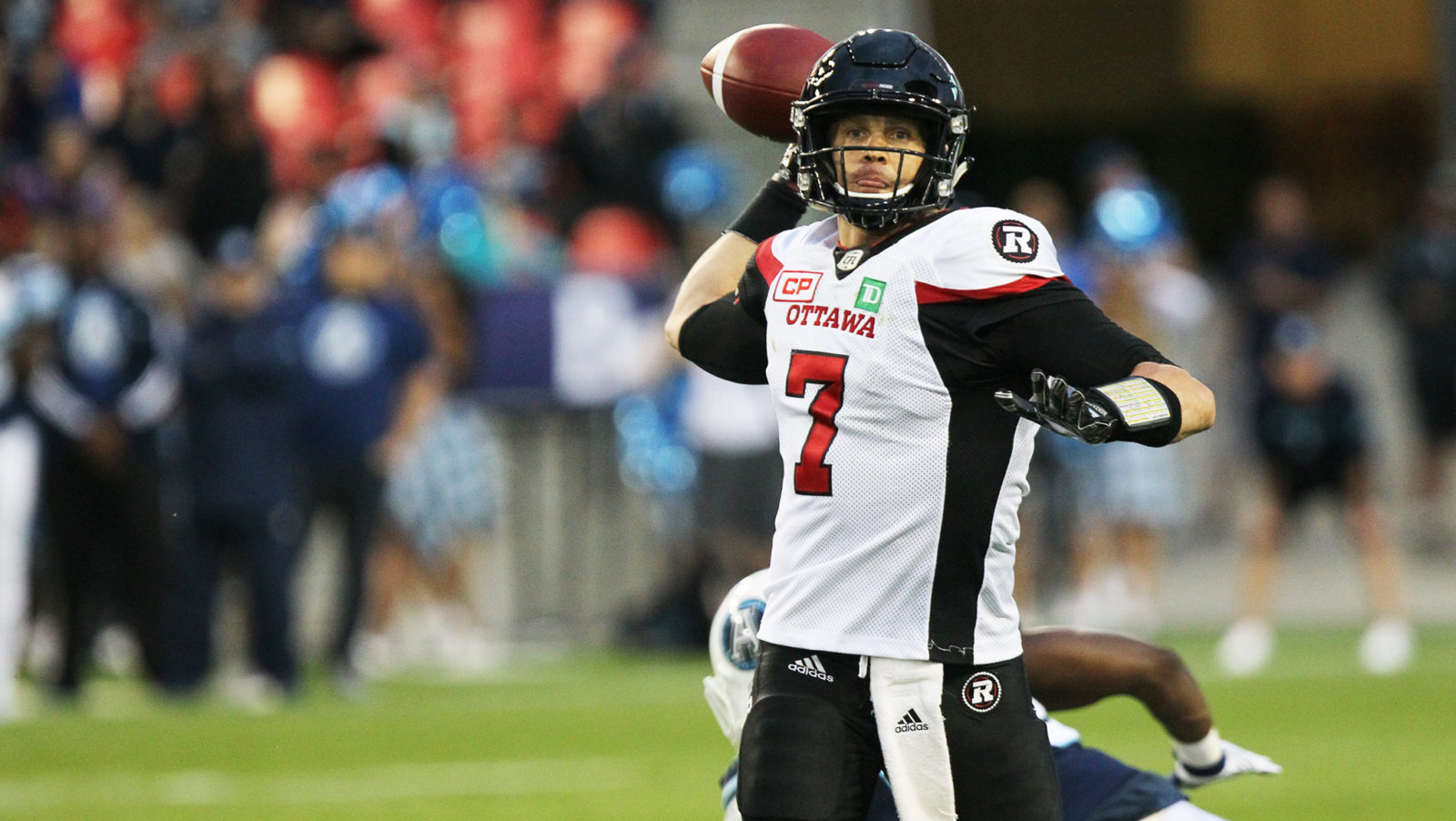 Not So Fast: 10 free agents likely to stay put

TORONTO — With a record-breaking list of free agents, February is shaping up to be a busy month of movement across the Canadian Football League.

It officially starts at 12 p.m. ET on Feb. 12, 2019, when players without a contract are free to sign anywhere. Yet the speculation has already begun, as fans and media wonder which stars could find new homes when the new season kicks off.

While imaginations tend to run wild this time of year, here are 10 names unlikely to be in play in two months’ time.

With several of the CFL’s starting pivots free agent-bound, Trevor Harris is the least likely to leave his team for a number of reasons. Both the REDBLACKS and Harris have quietly alluded to a deal in principle, with CBA talks potentially holding things up. Meanwhile, the two sides seem like an ideal fit, with Harris’ skill-set complementing Jaime Elizondo’s offence to a tee.

There’s also the sense of unfinished business in the nation’s capital. Harris has played in two Grey Cups since signing with Ottawa in free agency. His return as the team’s starting quarterback would make the REDBLACKS a definite contender in 2019.

June Jones thinks the Ticats’ offence has a chance to break several CFL records. That may sound ambitious, but the early returns since Jones took over in Hamilton indicate it’s not far-fetched. Even with injuries to several of their top receivers, the Ticats were the envy of the league on that side of the ball last season, getting production from everyone on the field while averaging a CFL-best 405.6 yards per game.

Brandon Banks was a big part of that, reaching 100-plus yards in 10 of his 14 games for 1,423 yards and 11 touchdowns. The Ticats need their top receiver back, and with production like that, why would Banks dream of going anywhere else?

The Breaux-muda Triangle? The Island of Breaux? You get the idea. Delvin Breaux has earned enough cheesy nicknames to last a lifetime, but his play warrants it. The 29-year-old returned to the CFL in 2018 and didn’t miss a beat, regaining to his role as the league’s most dominant shutdown corner.

The Ticats are looking to match their upstart offence on the defensive side of the ball, and while the team has some other key free agents to deal with, including linebacker Larry Dean, losing Breaux would be quite a step back. Don’t expect him to get away.

Corey Chamblin’s return to the Argos likely makes Marcus Ball an early target for General Manager Jim Popp to bring back for 2019. Despite being on the wrong side of 30 (he’s 32 in July), the 6-foot-1, 209-pound linebacker had a productive season in 2018, recording 44 tackles, an interception and a forced fumble in just 10 games.

Ball has not only won two Grey Cups in Toronto, but he also has familiarity with Chamblin’s defence. He flies to the ball, can help out in coverage and is versatile enough to play multiple linebacker positions. Don’t expect him to see the light of free agency.

One of the Bombers’ biggest strengths the last few years has been the O-line, which has had more continuity than any other team’s in the CFL. That unit lost only four starts out of a possible 90 to injury last year, anchored by 2014 second overall draft pick Matthias Goossen.

The Bombers’ centre hasn’t missed a game his last four seasons, while the team has seen its sack totals reduced significantly since his emergence as a full-time starter in 2015. After allowing a franchise-worst 70 sacks in 2014, the Bombers allowed just 36 last season — tied for third in the league.

Speaking of the Bombers’ O-line, offensive guard Sukh Chungh is another name the team can’t afford to lose. Goossen and Chungh were second overall picks in back-to-back years in 2014 and 2015, creating the foundation of one of the CFL’s most dominant offensive lines.

Chungh has a reputation as one of the league’s most physical and aggressive offensive linemen, and at just 26 years old should be in the team’s plans for the long haul. While Canadian interior linemen are often viewed as replaceable, few have been as impactful as Chungh and Goossen.

Since arriving with the Eskimos in 2014, Willie Jefferson and Chris Jones have been almost joined at the hip. Jefferson followed Jones to the Riders when he returned from the NFL, continuing to develop into arguably the CFL’s most dominant pass rusher.

While the NFL could come calling once again, Jefferson is likely a top priority for Jones this off-season. Expect him to return alongside Charleston Hughes to form the league’s most intimidating pass rush duo in 2019.

The defending Grey Cup Champions could look a lot different in 2019, including at quarterback where Bo Levi Mitchell has already started testing NFL waters. A foray south of the border is a realistic possibility for Mitchell, who’s got NFL teams lined up to watch him — deservedly so given his polished pro football resume.

Still, Mitchell isn’t going to leave the CFL behind for a training camp tryout. An NFL team will have to make a sturdy commitment, and the situation will have to present the opportunity for Mitchell to one day see regular season game action. Whatever happens, should Mitchell return to Canada in 2019, he’s tied to the city of Calgary.

Just like Bo Levi Mitchell, the NFL could come calling for Micah Johnson, a dominant interior lineman who’s shown steady linear progression from one year to the next. This season was by far the best for the 30-year-old, who was among league leaders with 14 sacks and played a key role in the Stamps’ road to the Grey Cup.

All of that is to say that if Johnson ends up back in Canada, it’s hard to imagine him leaving the comfortable confines of Calgary. The Stamps will make signing Johnson a priority, while a winning organization will be difficult for the 6-foot-2, 278-pound lineman to turn down.

Despite having quiet seasons, the Stampeders’ veteran defensive backs left their fingerprints all over the team’s 106th Grey Cup Championship, making game-changing plays at critical times. With possible changes coming to the Stamps’ defence, bringing back a veteran in Wall is a must.

The 30-year-old made a successful transition to SAM linebacker in 2018, building on a career resume that’s now seen him tally 18 interceptions, five forced fumbles and four defensive touchdowns. Wall is not only a dangerous playmaker but also a sturdy defender the Stampeders can trust.