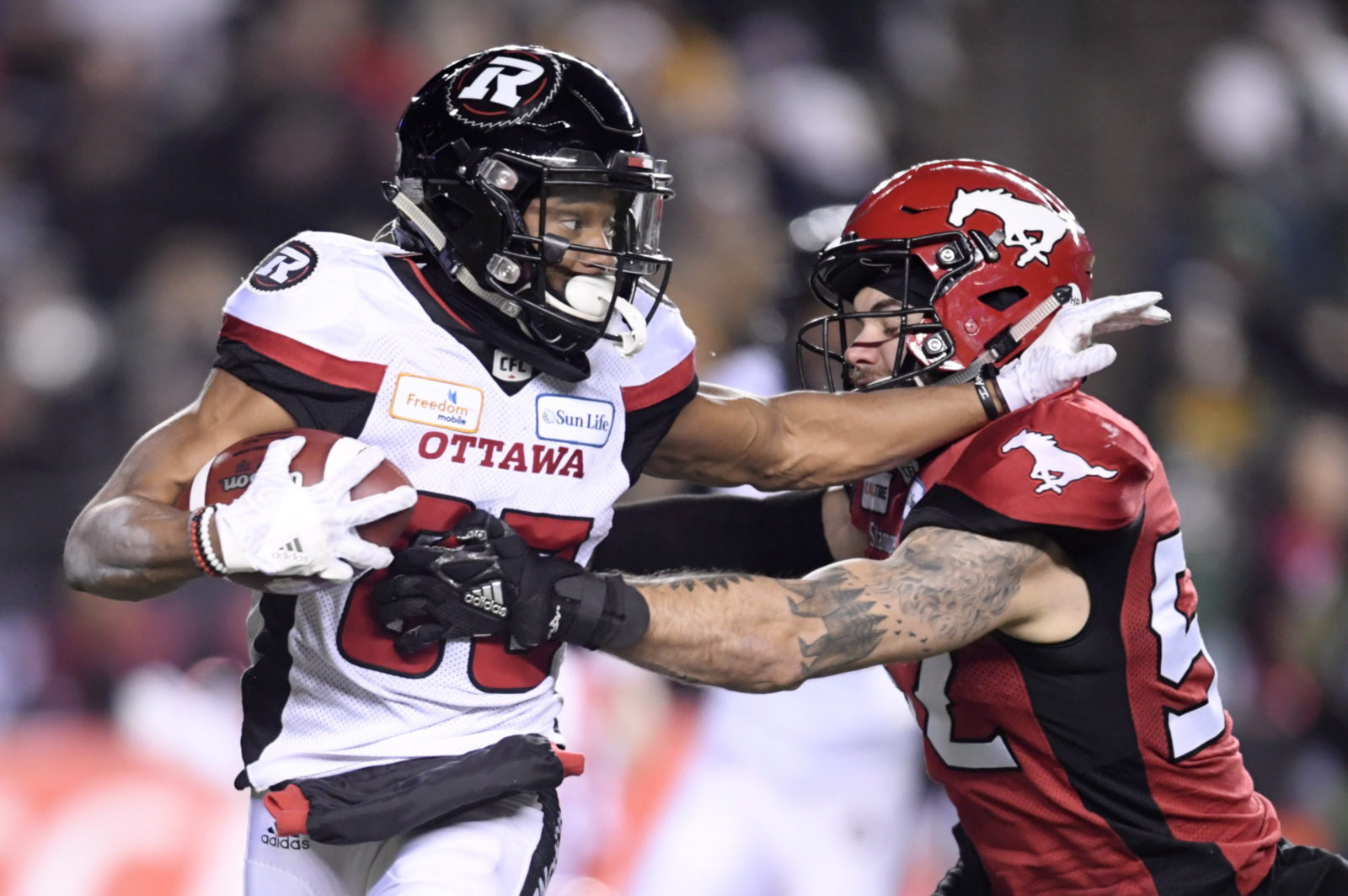 Ottawa Redblacks wide receiver Diontae Spencer (85) runs with the ball as Calgary Stampeders linebacker Riley Jones (52) tries to catch him during the second half of the 106th Grey Cup at Commonwealth Stadium in Edmonton, Sunday, November 25, 2018. THE CANADIAN PRESS/Nathan Denette

Jones played all 18 regular-season games for the Stampeders in 2018 and recorded seven defensive tackles, 10 special teams tackles, two sacks, two forced fumbles, one fumble recovery and one knockdown. He also had two special teams tackles in the Western Final and a critical forced fumble on an Ottawa punt return in the Grey Cup game that helped the Stampeders secure a championship.

“Riley has been an important contributor to our special teams since joining the club two years ago and he’s certainly headed in the right direction when it comes to his work on defence,” said Stampeders president and general manager John Hufnagel. “He will be in the mix at training camp to earn a bigger role on defence.”

An undrafted free agent out of the University of British Columbia, Jones has played in 37 regular season games over his two seasons with the Stamps and recorded 22 special teams tackles, 10 defensive tackles, two sacks, two forced fumbles, one fumble recovery and one knockdown. He served as long snapper for one game in 2017.

Before joining the Stamps, Jones played five seasons at UBC and was a member of the Thunderbirds’ Vanier Cup-winning squad in 2015.

“I’m very excited to be back with the best organization in Canada,” said Jones. “I’m looking forward to next season and having the opportunity to try and win the Grey Cup in front of our hometown fans.”