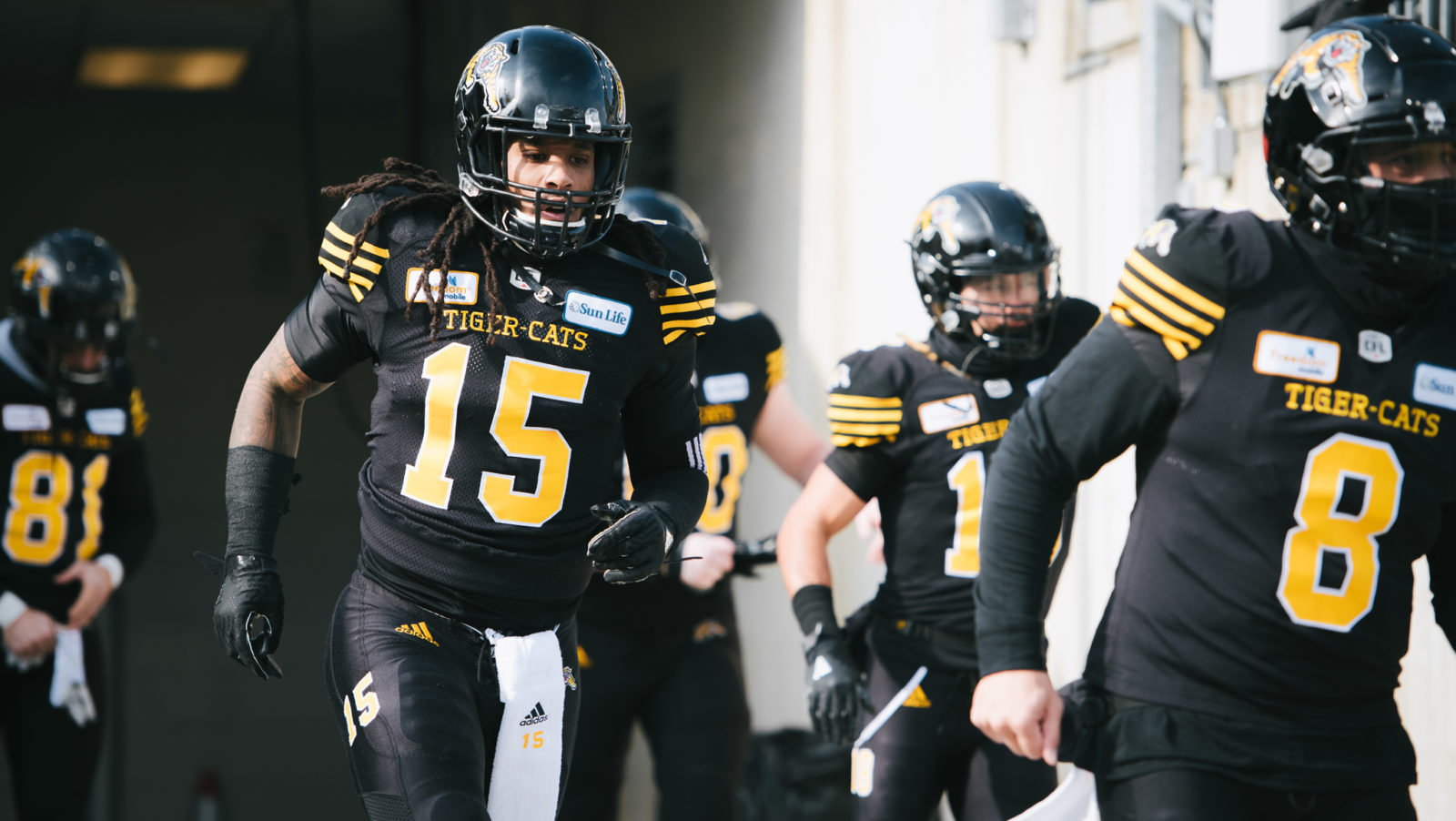 TORONTO — Christmas came early for CFL fans on Thursday, as the league revealed the full 2019 schedule just in time for the holiday season.

That means that while the Grey Cup has barely just wrapped up, fans can already look ahead and start thinking about their plans — road trips, vacation dates, season tickets, tailgates — for the next 12 months.

“As soon as the Grey Cup trophy is presented, we switch from football season to business season and the release of the schedule is a highlight,” said Commissioner Randy Ambrosie.

From a Thursday night opener in Hamilton and five Saturday triple-headers to the return of Touchdown Atlantic, CFL.ca has 10 dates to circle in 2019.

There’s still lots to be determined before then — for instance, who will be the Riders’ starting quarterback when the off-season is said and done? — but it’s hard not to get excited about Chris Jones’ team making the cross-country trip to open the season at Tim Hortons Field.

Orlondo Steinauer will make his long-awaited coaching debut, while this cross-division battle features the CFL’s most explosive offence against the defence that tied the record for touchdowns in a season. What a way to start! 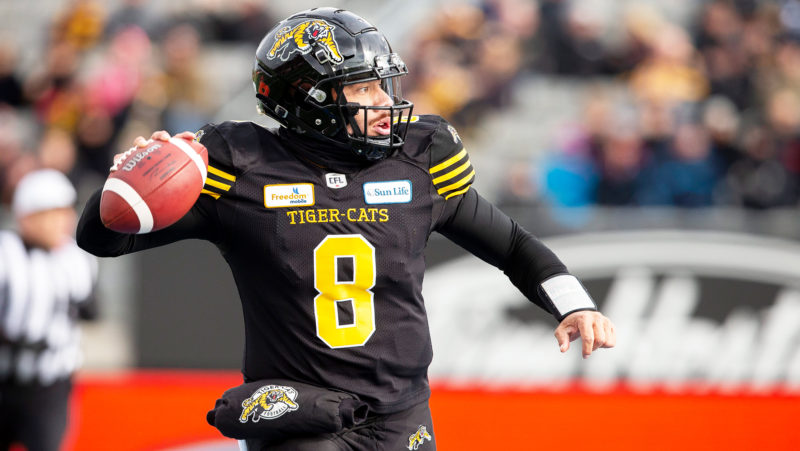 The first double-header of the new season brings us to McMahon, where the REDBLACKS pay a visit to the defending champs in the annual Grey Cup rematch. The Stamps have been Ottawa’s Kryptonite of late, but Trevor Harris and company will be eager to settle old scores and set the tone for a new season.

Sub-plot: The Stamps could have a mysterious new look, as some of their familiar stars such as Bo Levi Mitchell, Alex Singleton and Micah Johnson could be NFL-bound this off-season. The beginning of a new era?

Two weeks later we return to McMahon, where former Stamps defensive coordinator DeVone Claybrooks returns to Calgary in his new role. Claybrooks will have plenty to prove in this one, as he tries to adapt what’s been a successful, winning formula in a new city.

If the BC Lions are keen on shifting the balance of power in the West, an early-season visit to Calgary will be a good opportunity to turn heads.

It’s a rare Monday night game in Regina, but you can bet Mosaic Stadium will be bumping as the Riders and Argos celebrate Canada’s 152nd birthday. The Argos’ Corey Chamblin returns to Saskatchewan for the first time since becoming a head coach, as the Boatmen face a difficult early-season test following a four-win season.

For two clubs that have played each other close over the years, could another Canada Day Classic be in the works? 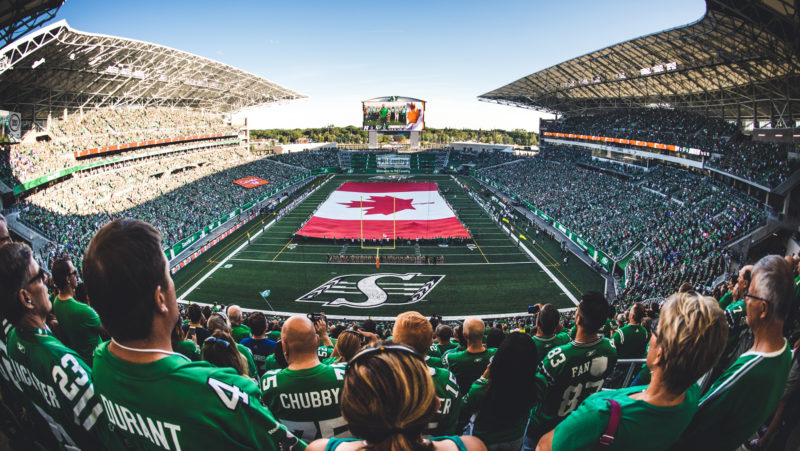 New Mosaic Stadium was also the site of a Canada Day clash back in 2017 (Johany Jutras/CFL.ca)

The Battle of Alberta comes early

After four straight meetings have gone down to the last possession — including the 2017 Western Final — the Battle of Alberta arrives early this year. The Stamps and Esks will still play their annual Labour Day home-and-home in September, but not before an early-August meeting that could be critical.

The Stamps have bragging rights after celebrating with the Grey Cup in the Eskimos’ home locker-room last November, but Jason Maas’ team will be plenty motivated for a bounce back 2019.

The Thursday Night Football tour continues with a critical stop in Winnipeg, where the Bombers and Stamps meet for the first time since the 2018 Western Final, when Eric Rogers scored three touchdowns to clinch a third straight trip to the Grey Cup for the Stamps.

As we peer into our crystal ball, an early August meeting could provide the chance for Andrew Harris and the Bombers to turn the tide in the rivalry and make a legitimate push for the West Division title.

Another playoff rematch comes a week later, when the Ticats visit the REDBLACKS for a Saturday evening clash in the nation’s capital. In this setting last November, Trevor Harris set a playoff record with six touchdown passes, sending the Tabbies licking their wounds following the historic performance.

If a projected clash between Harris and Ticats breakout star Jeremiah Masoli isn’t enough to excite you, the implications in the standings should. Ottawa and Hamilton are expected to be in the mix for an East Division title once again. 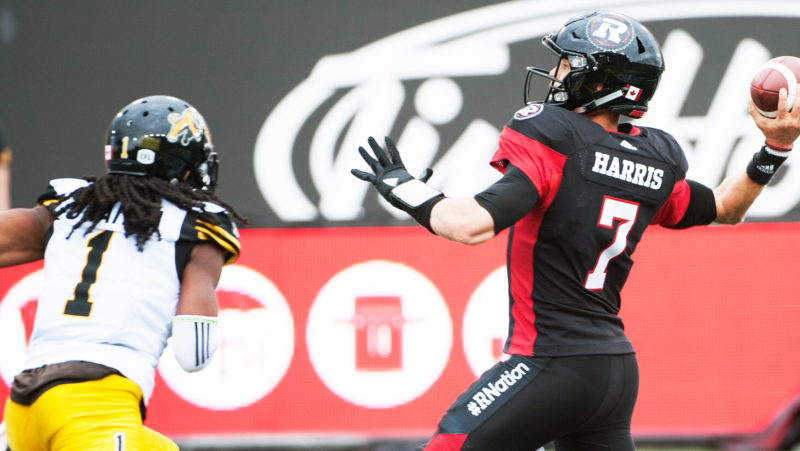 Trevor Harris has had the Ticats’ number of late, but can he continue the trend? (CFL.ca)

Six years since touching down in Moncton, a regular season CFL game will be played in the Maritimes on Aug. 25 as Touchdown Atlantic returns. It’ll be an Argos home game as Toronto and Montreal square off in a critical East Division battle somewhere in Atlantic Canada, at a location to be announced in the new year.

The return comes as momentum moves towards a prospective 10th CFL franchise in Halifax, which, if granted, will officially be named the Atlantic Schooners.

In the precursor to the Banjo Bowl, the Riders and Bombers square off at Mosaic in one of the most highly-anticipated games of the season. It will be their first meeting since the Western Semi-Final, when Andrew Harris carried the Bombers to their first playoff victory since 2011.

Then comes Labour Day. The Argos and Ticats return to their 1 p.m. ET slot at Tim Hortons Field, where the Argos look for a rare Labour Day win against their former coach and safety Orlondo Steinauer. Hours later, the Eskimos travel to McMahon for the second of three meetings with the arch-rival Stampeders.

The first of five Saturday triple-headers unfolds on Sept. 7, as three fierce division rivalries provide a full day of non-stop entertainment. It starts in the nation’s capital, where the Argos visit the REDBLACKS in a matchup with possible playoff implications. Second up, Winnipeg will play host to the annual Banjo Bowl, as the Riders try to avenge last year’s playoff loss in the second half of a home-and-home. The day ends in Edmonton, where the Esks and Stamps close out the Battle of Alberta one year removed from playing the highest-scoring game of 2018.

The second half of the 2019 campaign features five triple-headers, all on Saturday, which will take place on Sept. 7, Sept. 28, Oct. 5, Oct. 26 and Nov. 2. The last of them falls on the final day of the 2019 regular season, ending in Vancouver with a West Division rivalry between the Stamps and Lions.

The playoffs begin on Nov. 10, with the Eastern and Western Finals concluding on Nov. 17. Finally, the 2019 season wraps up in Calgary, where the 107th Grey Cup presented by Shaw will take place at McMahon Stadium.

With plenty of moving pieces this off-season, some of the top storylines for 2019 are still up in the air. Stay up to date with all the latest off-season news on CFL.ca.