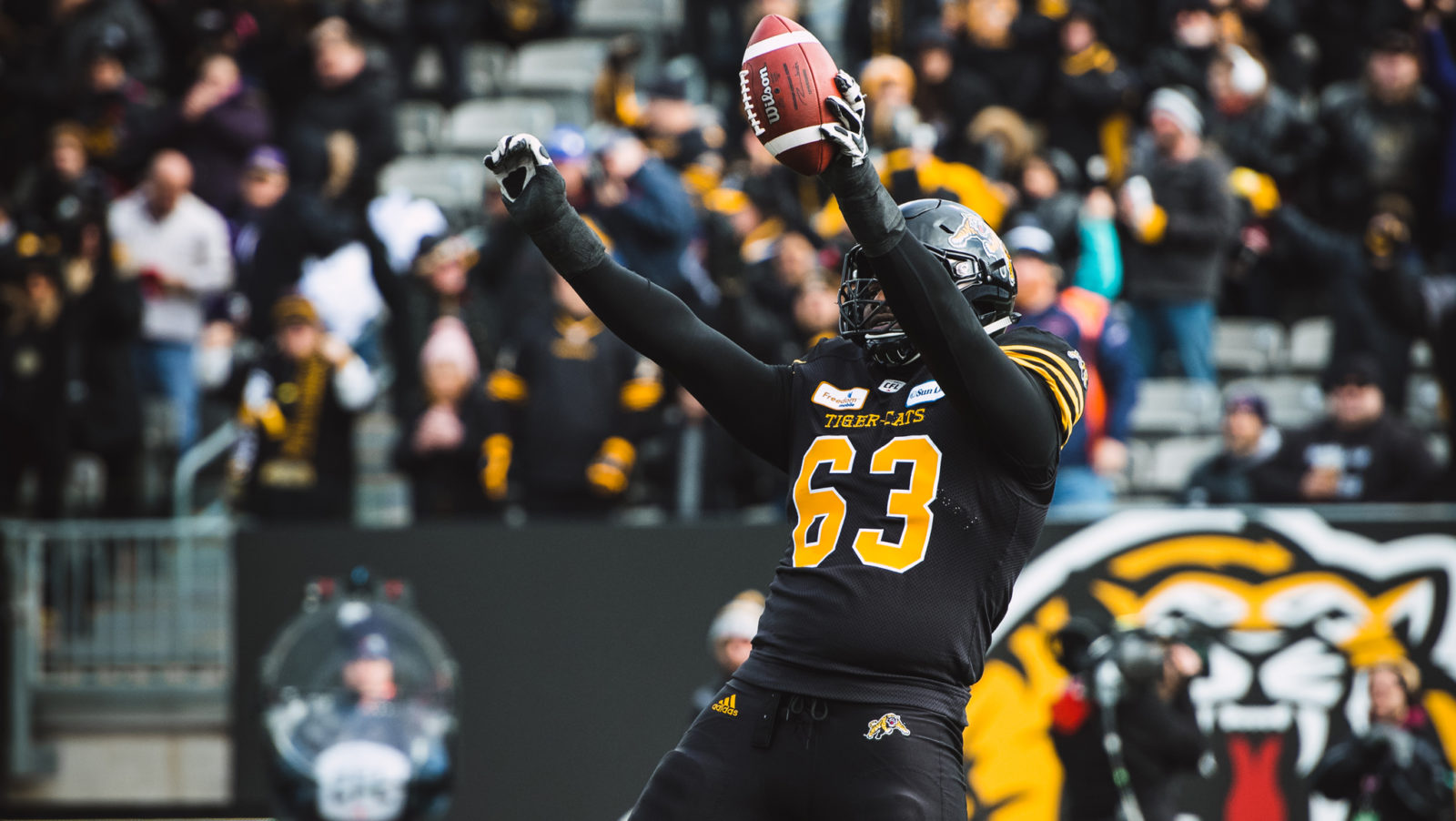 Palmer, 28, played and started four regular season Canadian Football League games and two playoff games for the Tiger-Cats in 2018 after a brief stint on the Edmonton Eskimos practice roster. The 6-4, 290-pound native of Dallas, Texas, appeared in 11 games with the BC Lions over the previous two seasons (2016-17).

Palmer also spent time in the National Football League with the Arizona Cardinals (2014-15), Kansas City Chiefs (2015), Pittsburgh Steelers (2015) and Tampa Bay Buccaneers (2016). Prior to turning pro, the Baylor University product played 42 games for the Bears from 2009 to 2014, starting all 14 games at tackle in his senior season.