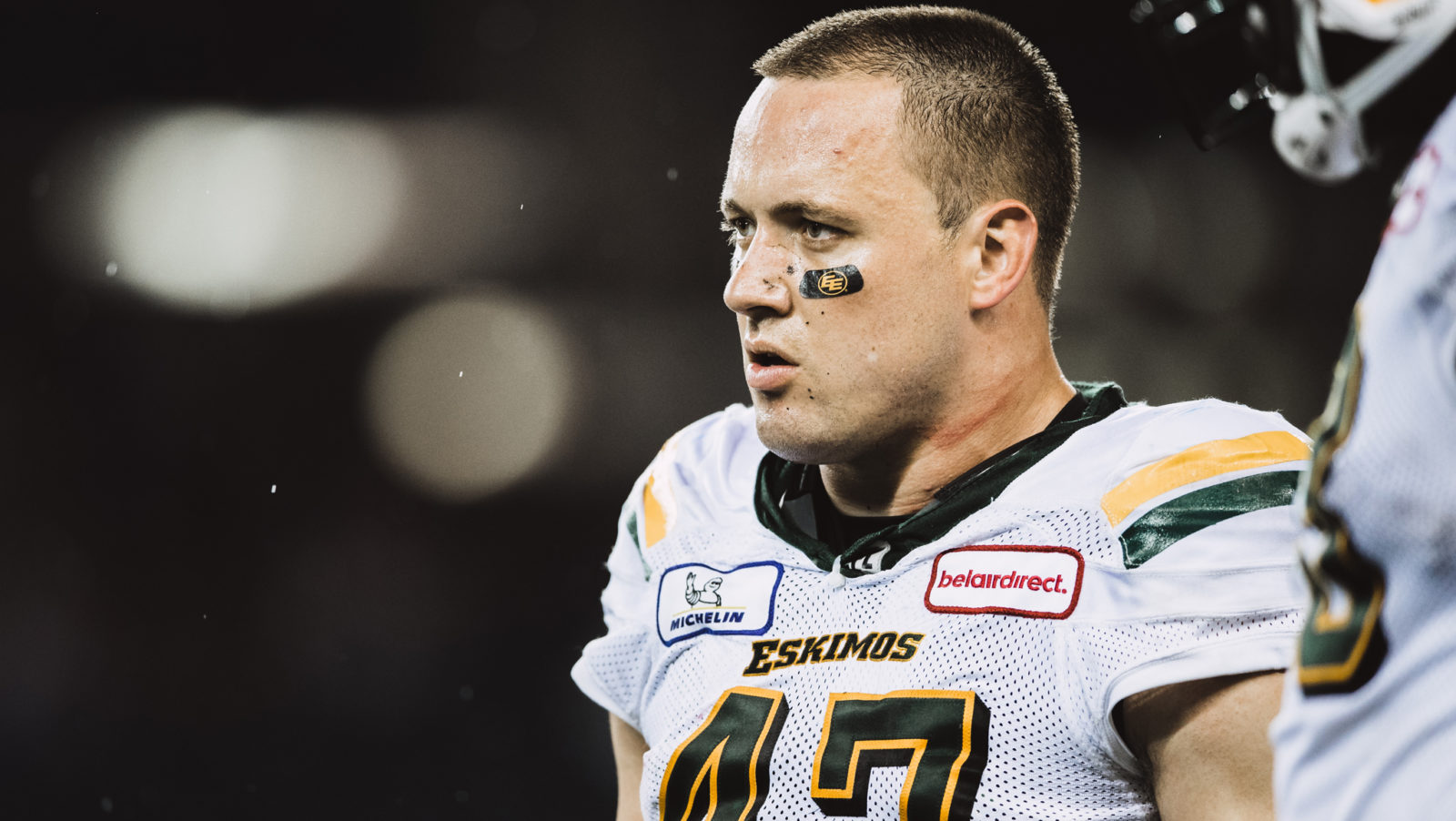 EDMONTON — One of the CFL’s most dominant linebackers over the last decade has decided to hang up his cleats.

Eskimos middle linebacker J.C. Sherritt called it a career on Tuesday, leaving the Eskimos and the league after eight seasons and 507 career tackles.

For an undersized 5-foot-9, 218-pound defender out of Eastern Washington that no one gave much of a chance, Sherritt has enjoyed quite the career with the Eskimos, breaking the single-season tackles record in 2012 and winning a Grey Cup in 2015, in addition to being named a CFL and West Division All-Star and winning Most Outstanding Defensive Player.

Sherritt was productive right to the end, recording his second career 100-tackle season in 2018 despite coming off a devastating ruptured Achilles that took away his entire 2017 campaign.

On Tuesday, after announcing he’s played his last game, Sherritt opened up to the city of Edmonton, the organization and the fans, courtesy of Esks.com:

“The last eight years in the Green and Gold have been one of the greatest honors and experiences of my life. I have had opportunities and developed relationships that would not have been possible without this great country and without this league. My admiration and love for this country and league will last for the rest of my life, and I wake up a better person due to my time in the CFL.

“I would like to thank the Edmonton Eskimo organization from top to bottom for treating my family and myself with the utmost love and respect. It’s not every day that you get to play for an organization that believes and supports you through all the bad and good times alike. I want to thank Brock Sunderland for having my back and showing trust and support when I was a 29-year-old undersized linebacker with a ruptured Achilles tendon.

“I want to say thank you to all the incredible coaches that have made me a better player and more importantly a much better person; the medical staff and doctors that have time and time again made it possible for me to go out and do what I love; for the countless hours Donnie and Nate spent helping me be the best player I could be physically, it truly would not have been possible without you both. To my very short Canadian step-father Dwayne Mandrusiak and the entire equipment staff for being the best in the league, day in and day out, making every day easier and getting the best support possible, thank you. Not a day went by that I wasn’t bugging Dwayne, Kenzie, Dan, or Graeme. Thank you for putting up with that for eight years…especially you old man. More than anyone I would like to thank my teammates through all these years. Whether we played a year together or all eight, there was no greater honor in my life than getting to put on a helmet and compete side by side with you. For everything we have been through we are better for it and you know you have gained a brother for life.

“To the City of Edmonton and the fans that have been there from the very first snap I took to the very last, thank you. I had no idea the magical city and community that I was joining back in 2011, a city I feel fortunate to have called home. The time to move on to the next chapter of my life is here, and it will be met with the same dedication and joy that these last eight years have been met with. Edmonton and the Eskimo organization will always have a place in my heart. B.O.N.E..”