Cauz: Love him or not, there will never be another Chris Jones 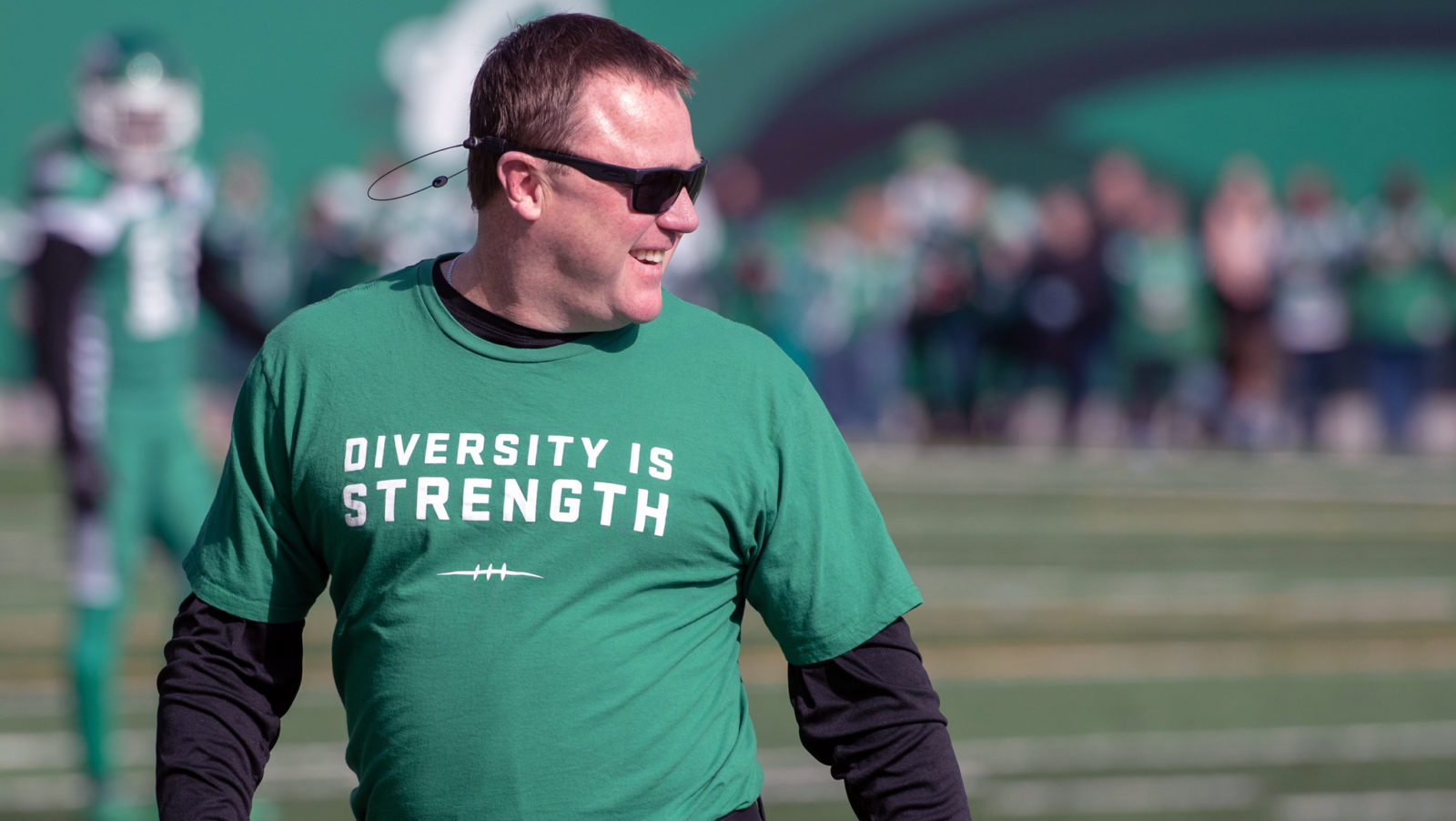 Cauz: Love him or not, there will never be another Chris Jones

The CFL celebrity moving to the NFL who I am going to miss the most is shockingly not a player. Don’t get me wrong, the game is losing out if we don’t have Alex Singleton, Bryant Mitchell or Samuel Eguavoen on the field. But all those guys are replaceable. I hope that doesn’t sound callous, it’s not meant to be. It’s just that the reality of football is that it is a vicious game and there is always the next star to replace the last star. But here is my question: from an entertainment standpoint, who is going to be able to replace coach Chris Jones?

By nature, coaches are control freaks who stay as far away from controversy as I do from a vegan-only restaurant. Their press conferences are often a string of boring cliché filled sentences designed to give away nothing and offend no one. Most coaches are happiest to never be noticed beyond those victorious moments when Gatorade is being splashed on them or they are raising the Grey Cup up into the confetti filled air.

Does any of that sound like Chris Jones? This is a man who actually got Ricky Ray to laugh when a reporter in 2017 mentioned to Ray that Jones referred to him as a “nightmare.” Ray’s response was to laugh as he told the press this was one of the highest compliments he has ever received.

RELATED
» MMQB: Riders get it right with O’Day
» O’Leary: Who will be the Riders’ next coach?
» Nye: Riders must act fast following Jones’ exit

The great thing about Jones is intentionally or not, he always made news. How many other coaches made headlines because of their sideline attire? Remember last season when Jones donned a green “Diversity Is Strength” t-shirt because his Saskatchewan Roughriders went on a winning streak, so he wore it every week? Before this, we learned that Jones didn’t own any green clothes, preferring a closest that was 100 per cent black because: “I only do it because it makes it easy. You know what colour you’re going to wear.” Of course, this being Chris Jones, he still wore the same green shirt even after his team lost because why would he ever choose the predictable root?

Now we all know that Jones didn’t exactly colour inside the lines, which is a nice way of saying he didn’t always play by the rules. The hardest part of this article was trying to construct an accurate timeline for all the times he and/or his team were fined by the league. I would include all the incidents but I do have to follow some semblance of a word count, so I’ll just remind everyone that during his time just with Saskatchewan the Roughriders were penalized to the tune of over $110,000.

My “favourite” transgression of Jones involved him stashing away players who were working out with the team. It became so obvious that his team was using unsigned players in practice that even Bo Levi Mitchell snitched on Jones, tweeting out upon hearing the news of a variety of Saskatchewan player signings and releases: “I bet none of the people they signed needed flights.” Yes, what Jones did was against the rules, and both he and the franchise were rightfully punished, but how many times have you seen an MOP taking to social media to tattle/make fun of another team?

Before I continue this journey down memory lane, let us also remember just how good a coach Jones was. Beyond winning three Grey Cups as a coordinator, Jones took over a 4-14 Edmonton Eskimos squad and produced a 12-6 season in his first season as head coach before winning the Grey Cup the following year. While he never delivered a Grey Cup to Regina, Jones was able to help transform a Roughriders organization from that had gone 3-15 in 2015 to a team that nearly went to the Grey Cup in 2017 and won 12 games in 2018.

Love or hate Jones, the man was fearless, who never had a problem making the sort of decisions that would lead to a host of emotions, from second-guessing to outright scorn. He jettisoned fan favourites like John Chick, Chris Getzlaf, Darian Durant and Rob Bagg. He would put his best receiver, Duron Carter, at defensive back for long stretches before releasing Carter despite not exactly being loaded at that position. Then there was his deployment of quarterbacks Brandon Bridge and Kevin Glenn in 2017 when he treated them like a couple of bullpen pitchers, constantly pulling one for the other, often after only a couple series.

As mentioned above, his strategy almost got his team to a Grey Cup, and it certainly kept all of us on our toes. Football people far smarter than me can dissect some of the merits and flaws of Jones as a head coach, but he was never boring.

For the CFL purists, Jones’ fascination with retread NFL players must have been infuriating. While other coaches last year may have taken a couple days off during a bye week or gotten in some extra film study, Jones was in his home town of South Pittsburg, Tenn. to work out Terrell Owens, despite the fact that Owens hadn’t played professional football in nearly a decade.

Before that he signed former first round picks Trent Richardson, who delivered 48 forgettable carries, and Vince Young, who came to camp, tore his hamstring and was never seen again. Every one of these transactions had little to no impact on the field but made for a good story. If you were an NFL fan you at least got to see if any of these players had anything left (they didn’t) or if you were rooting for Jones to fail, well then your sports schadenfreude was well satiated.

You wouldn’t want a league full of Chris Jones’. No league could survive that level of chaos, but I always want one or two mavericks on my football sidelines. I like to think of Jones as the coaching version of Paprika. Too much of it and you’re gonna kill the stew but a nice hearty dash makes the meal just that much more flavourful.

There are so many reasons why people may have had a problem with Jones. His ego, his pushing the boundaries of the rules, the fact that in his first year as coach of the Eskimos he refused to shake the hands of the opposing coach (love this quote: “If we win … what can I say to help that guy? He’s only doing it because he has to. Or he thinks he has to. If they happen to win, they have nothing that they can say that I want to hear”), but I am going to miss having Jones in my CFL world. In a profession filled with a lot of bland personalities, I liked the spice that he brought each and every week.