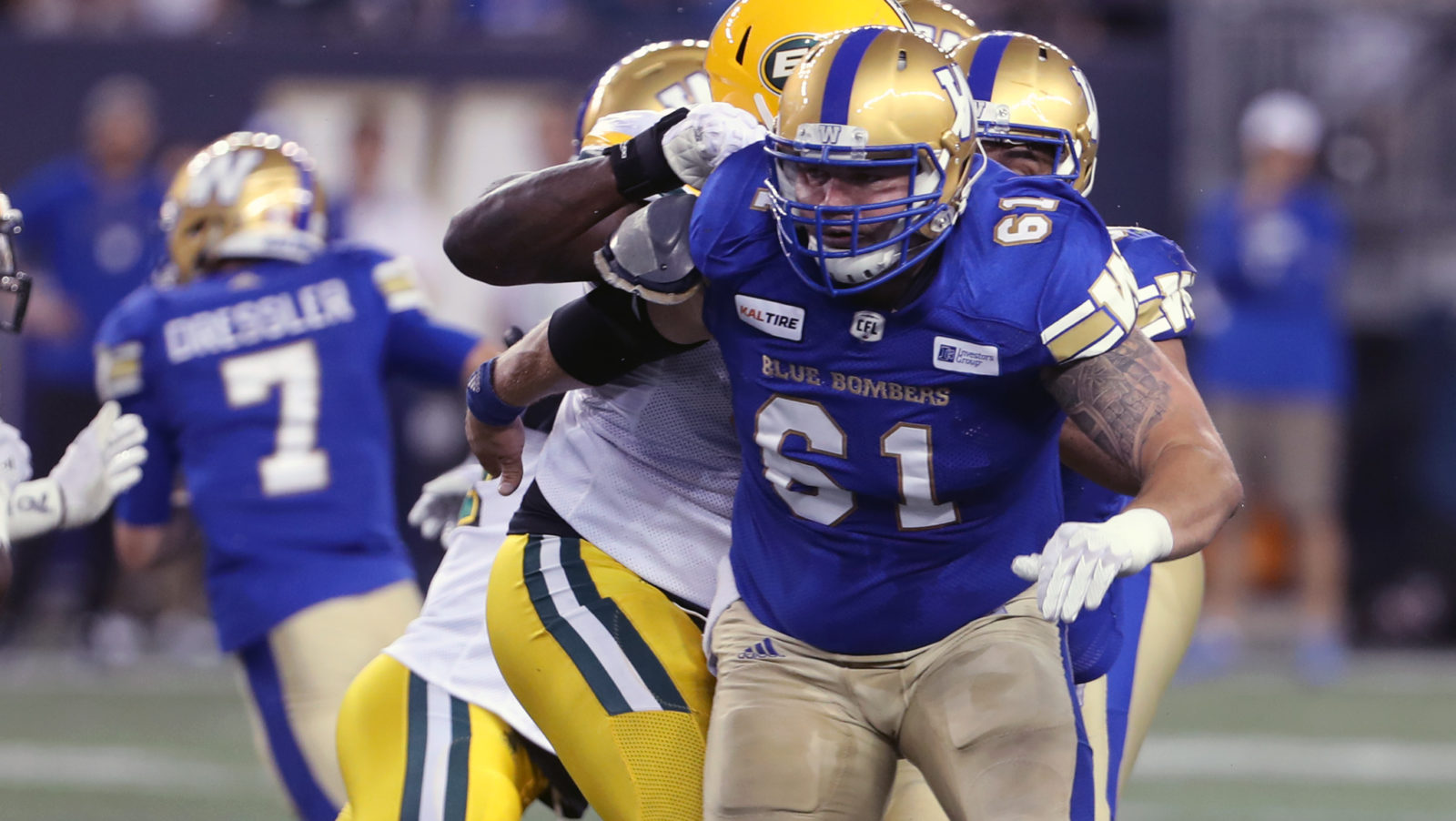 WINNIPEG — Winnipeg Blue Bombers centre Matthias Goossen has informed the team he has decided to retire from professional football, the club announced Tuesday.

A former second overall pick, Goossen has made 64 starts for the Bombers at centre, including all 18 games last season. The pending free agent topped all offensive linemen in CFL.ca’s top 30 pending free agents, ranking eighth overall.

On Tuesday Goossen issued the following statement through the team:

“After much prayer and consideration, I have decided to end my football career. Firstly, I want to thank my family, and especially my wife, for being a constant source of support over the course of my football career. I also want to thank my teammates who made my five years of playing professional football a true blessing, and am especially thankful for the brotherhood of offensive linemen who made it a privilege every day to come into work.

“I want to thank Coach O’Shea and coach Marty Costello for being two of the best coaches I have ever had. The Blue Bombers organization has been great to me over these past 5 years, and I am so grateful to have played for a team that does so much for its players and community. Lastly, I want to thank the people of Winnipeg. I have met so many great people here and can say that this city has felt like home over my 5 seasons wearing the blue and gold.”

“First off, we would sincerely like to thank Matthias for his work and dedication to the Winnipeg Blue Bombers. From the moment we drafted him in 2014, Matthias has shown tremendous professionalism both on and off the field. His work in the community is something we are very proud of, and he represented the Blue Bombers the right way.

“As far as our roster is concerned, Matthias was gracious enough to inform us of this decision quite some time ago, so we have been working accordingly. He is a fantastic young man, and we wish him all the best moving forward.”

Goossen was originally selected by Winnipeg in the first round, second overall, in the 2014 CFL Draft. He dressed for 87 career regular season games. He also started all four playoff games during his time with Winnipeg.