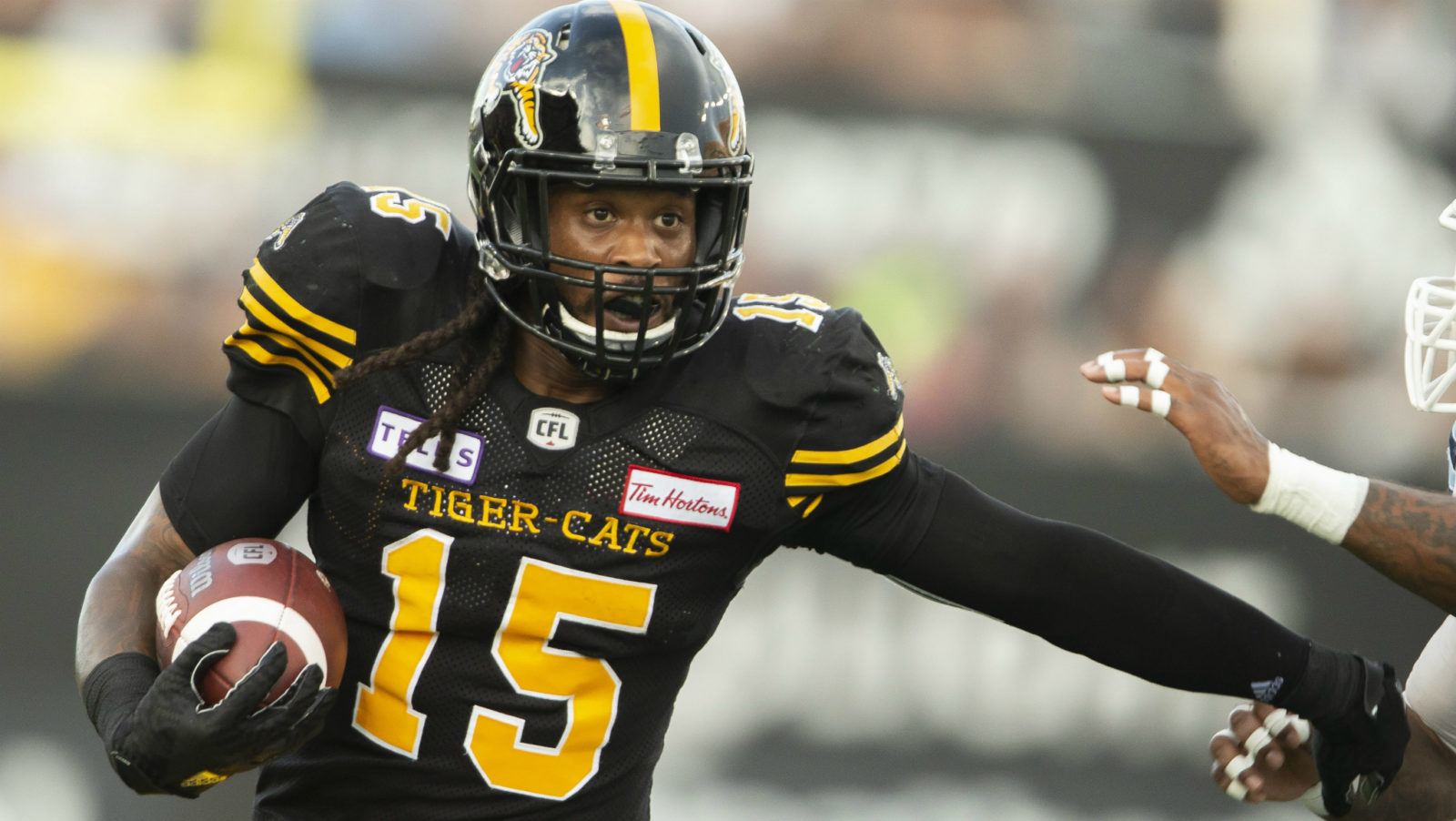 HAMILTON — The Hamilton Tiger-Cats have signed international running back Alex Green to a contract extension, the team announced Tuesday.

Despite playing in just eight games with the Tiger-Cats in 2018, Green, 30, registered 604 rushing yards on 114 carries (5.3 yards per carry) with seven touchdowns, and added 17 receptions for 205 yards and a receiving touchdown. He also suited up in both of Hamilton’s playoff games last season.

The 6-foot, 228-pound native of Portland, Oregon has played in 14 career regular season CFL games over two seasons with the Ticats (2017-18), compiling 196 carries for 1,051 rushing yards (5.4 yards per carry) and 12 touchdowns, while adding 25 receptions for 252 yards and one receiving touchdown.

Green has also appeared in 29 National Football League games (four starts) with the Green Bay Packers (2011-12) and New York Jets (2013), registering 510 rushing yards on 149 attempts, and adding 21 receptions for 139 yards. He was originally selected by the Packers in the third round, 96th overall, in the 2011 NFL Draft.

Prior to turning pro, Green played 27 games over two seasons at the University of Hawaii (2009-10), posting 232 carries for 1,652 yards and 20 touchdowns, and hauling in 38 catches for 461 yards and two receiving touchdowns. In his senior year, Green was named an honourable mention All-American by SI.com and was selected as a Second-Team All-WAC after tying the Warriors single-season school record in rushing touchdowns (18) and posting the second highest rushing yardage single-season total (1,199) in school history.