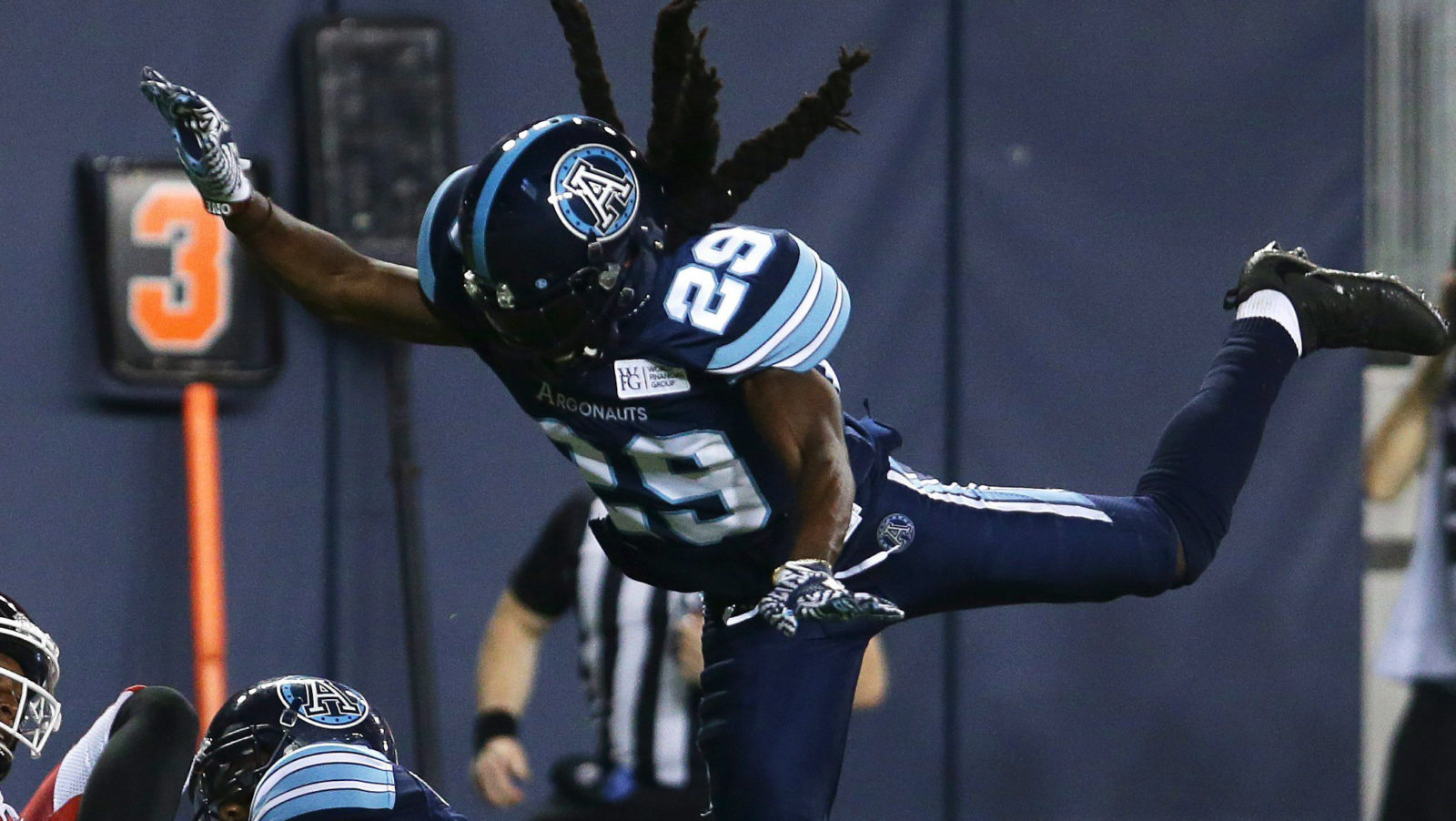 TORONTO — The Toronto Argonauts have signed international DB Abdul Kanneh and national OL DJ Sackey through 2019, the team announced on Friday. Both were eligible to become free agents later this month.

Kanneh, 28, was acquired by Toronto last off-season in an exchange with the Hamilton Tiger-Cats, playing in eight games in 2018 due to injury and recording 25 tackles, one sack and one interception. The native of London, England is a five-year CFL veteran spending his first three seasons with Ottawa (2014-2016) where he was named a CFL All-Star twice (2015, 2016), led the league in interceptions and forced fumbles with six and four respectively (2015) and went to back-to-back Grey Cups, winning in 2016. Kanneh was very productive in both championship games, totalling eight tackles and a sack. The product of New Mexico Highlands signed with Hamilton following his years in Ottawa, playing in seven games for the Ticats in 2017. Over his 58 CFL games, Kanneh has racked up 180 defensive tackles, six sacks, 13 interceptions and six forced fumbles.

Sackey, 25, was selected by the Argos in the second round of the 2016 CFL Draft out of the University of Toronto. The Mississauga native appeared in six games in 2016 and two games last season along the offensive line. Sackey played in 22 games over four seasons for the Varsity Blues, starting all eight games in his final season.