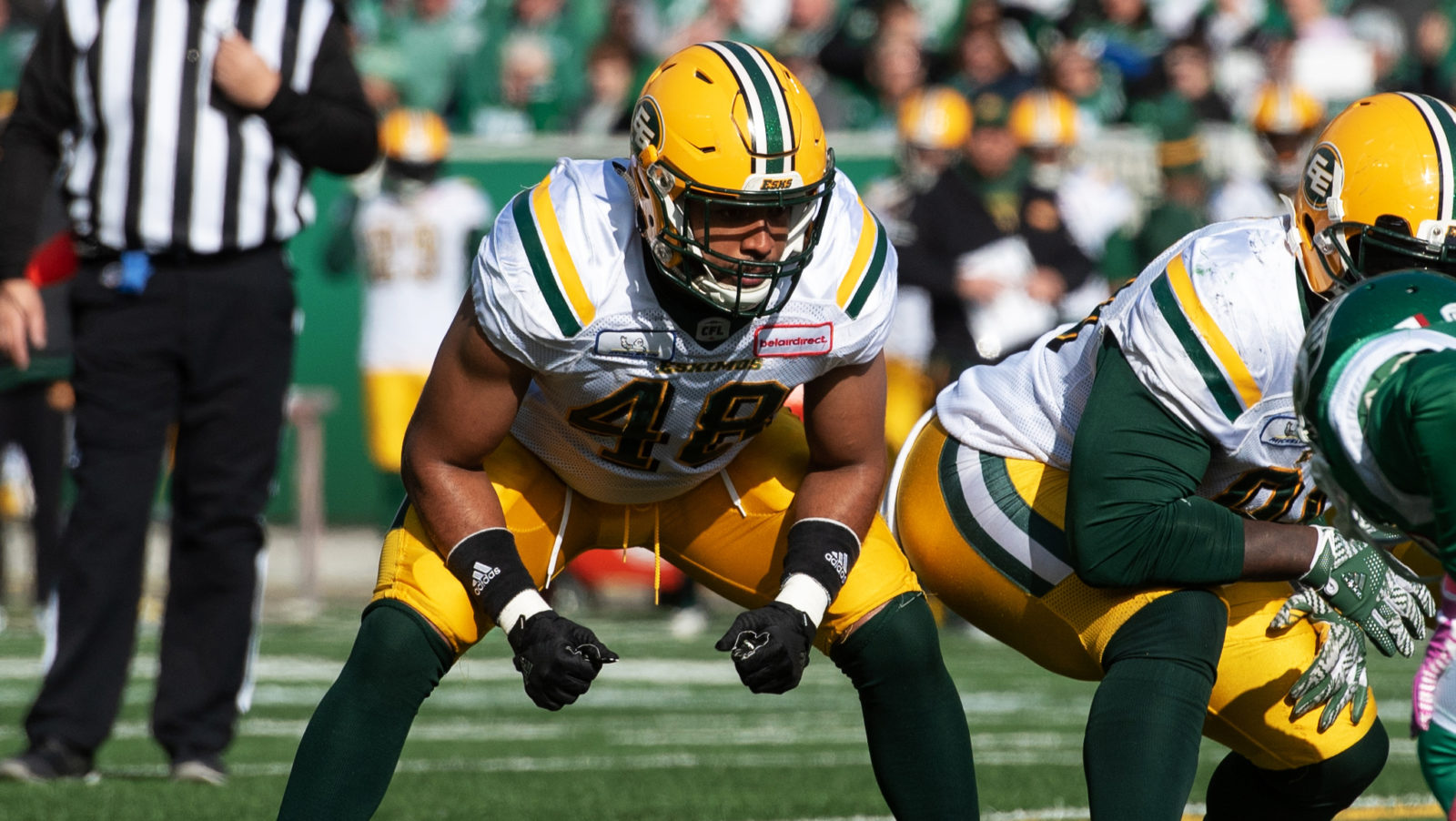 EDMONTON — The Edmonton Eskimos have extended national linebacker Blair Smith through the 2020 season, the team announced on Friday. Smith was eligible to become a free agent later this month.

Smith appeared in 12 games in 2018 where he recorded seven tackles, 13 special teams tackles and one interception. The 28-year-old Mississauga, Ont. native was selected in the seventh round (60th overall) by the Eskimos in the 2015 CFL Draft. Smith has suited up in 52 games in green and gold, collecting 16 defensive tackles, 52 special teams tackles, one interception and one forced fumble.