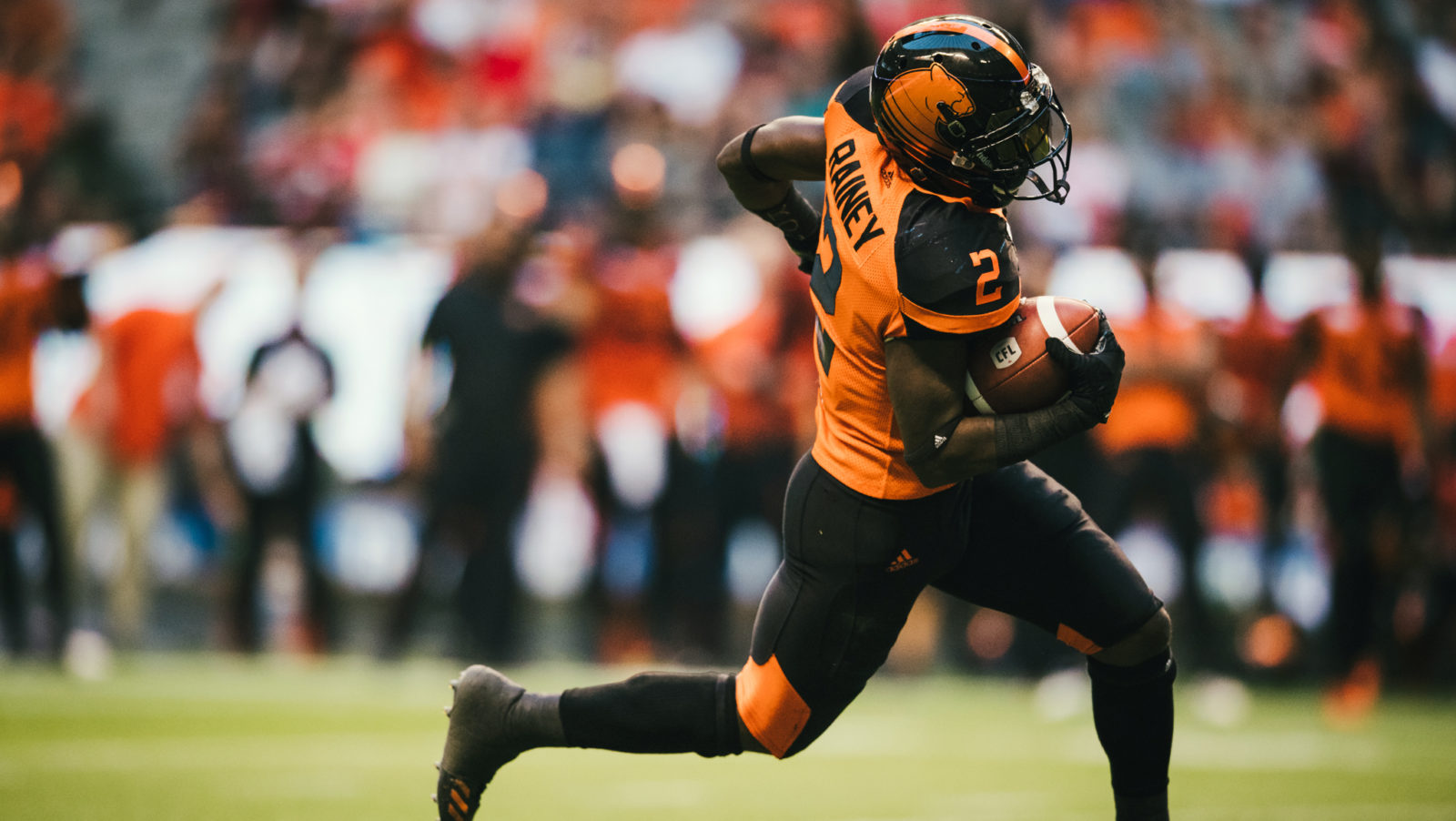 Rainey, 30, spent his first CFL season with Montreal in 2014 but is coming off his fourth consecutive season with the B.C. Lions as a do-it-all running back and was named a special teams West All-Star in 2018. Last season saw Rainey lead the league in kick return yards by a wide margin (1,438) and kick return touchdowns (1), while adding 674 punt return yards, good for fourth best in the CFL, with one touchdown.

The 5’8, 180-pound running back was drafted by the Pittsburgh Steelers in the fifth round of the 2012 NFL Draft and played in 16 games for the black and yellow during his rookie season, tallying 102 yards on the ground with two touchdowns and over 1,000 kick return yards. Rainey would sign with the Indianapolis Colts the following season before being released and signed by the Arizona Cardinals in 2014, his last stop before the CFL.

Rainey spent five seasons at the University of Florida where he rushed for nearly 2,500 yards and 13 touchdowns and caught 69 balls for 796 yards and six scores. Rainey’s Gators won the national championship in 2009 and he was named First Team All-SEC in 2011. He was also a member of UF’s 4X100 relay team that won the NCAA championship in 2010.

Fogg, 28, has spent all three of his CFL seasons with the Winnipeg Blue Bombers and is coming off a season with 46 tackles, four interceptions, including a 73-yard interception return TD, and three forced fumbles. The 5’10, 196-pound DB has 49 career games under his belt, 154 tackles, 10 interceptions, six forced fumbles and one sack.

The North Carolina native spent the 2014 offseason in the NFL after being signed by the Miami Dolphins in June of 2014. After his release prior to the start of the 2014 NFL season, Fogg signed with the Pittsburgh Steelers where he remained until the end of the team’s 2015 preseason. 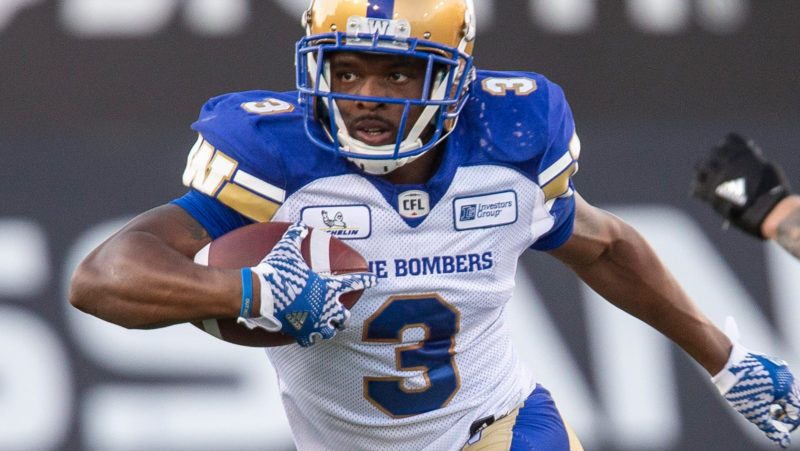 Kevin Fogg had a big season for the Bombers, intercepting four passes and forcing four fumbles (The Canadian Press)

Timmis, a native of nearby Burlington, Ontario, was drafted 14th overall by the Hamilton Tiger-Cats in the 2016 CFL Draft and attended mini-camp with the NFL’s Carolina Panthers. Over three seasons in the Hammer, Timmis has recorded 231 yards on the ground and four touchdowns in 26 games.

The 6’2, 220-pound tailback played four seasons at the University of Calgary between 2012 and 2015, posting nearly 3,000 yards and 43 touchdowns in his U Sports career. Timmis scored the most touchdowns in Dino’s history and was a three-time U Sports All-Canadian. The 25-year-old is the great-grandson of CFL Hall of Famer Brian Timmis.