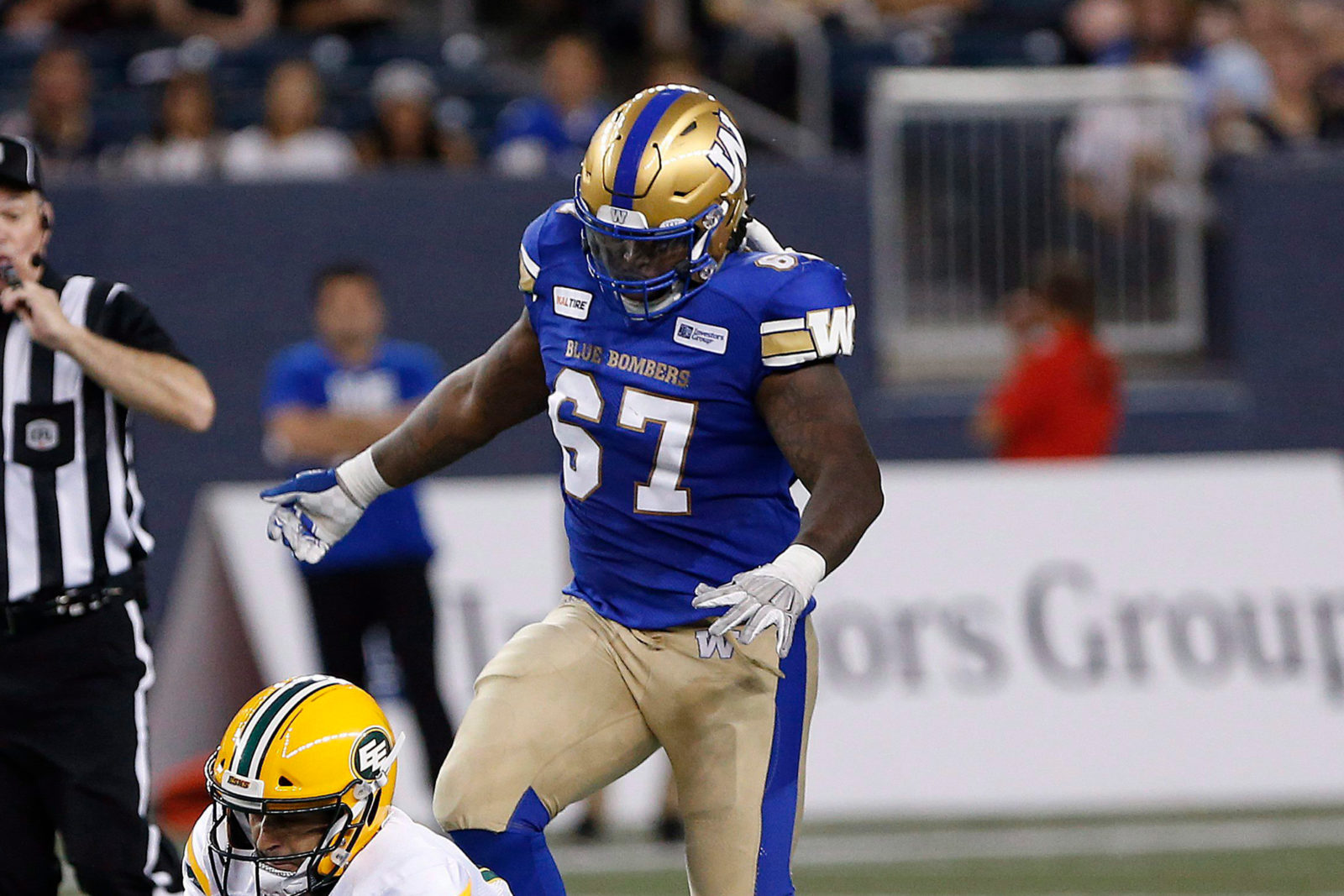 The Toronto Argonauts made the splash of the day on Wednesday with the signing of international defensive tackle Cory “Poop” Johnson.

The 26-year-old Johnson appeared in 25 games with the Winnipeg Blue Bombers over the last two seasons, and was a productive player for the Bombers; the Argos’ capture of the 6-foot-3, 300-lb. lineman made waves on the Twitterverse Wednesday.

His nickname originates from his time at Kentucky — specifically his propensity for pooping while with the Wildcats — and is one he has embraced fully.

“I guess it’s because I poop so much. I poop like five times a day so it’s hard to keep weight when you have so much going out.” – Poop Johnson pic.twitter.com/ViyDANlQEE

1. Poop Johnson
T2. Everybody else https://t.co/hjpdLUiUOX

💩 about to get real

Hopefully Poop can clog up the middle.

Quite the free agency pick-up for the Argonauts.