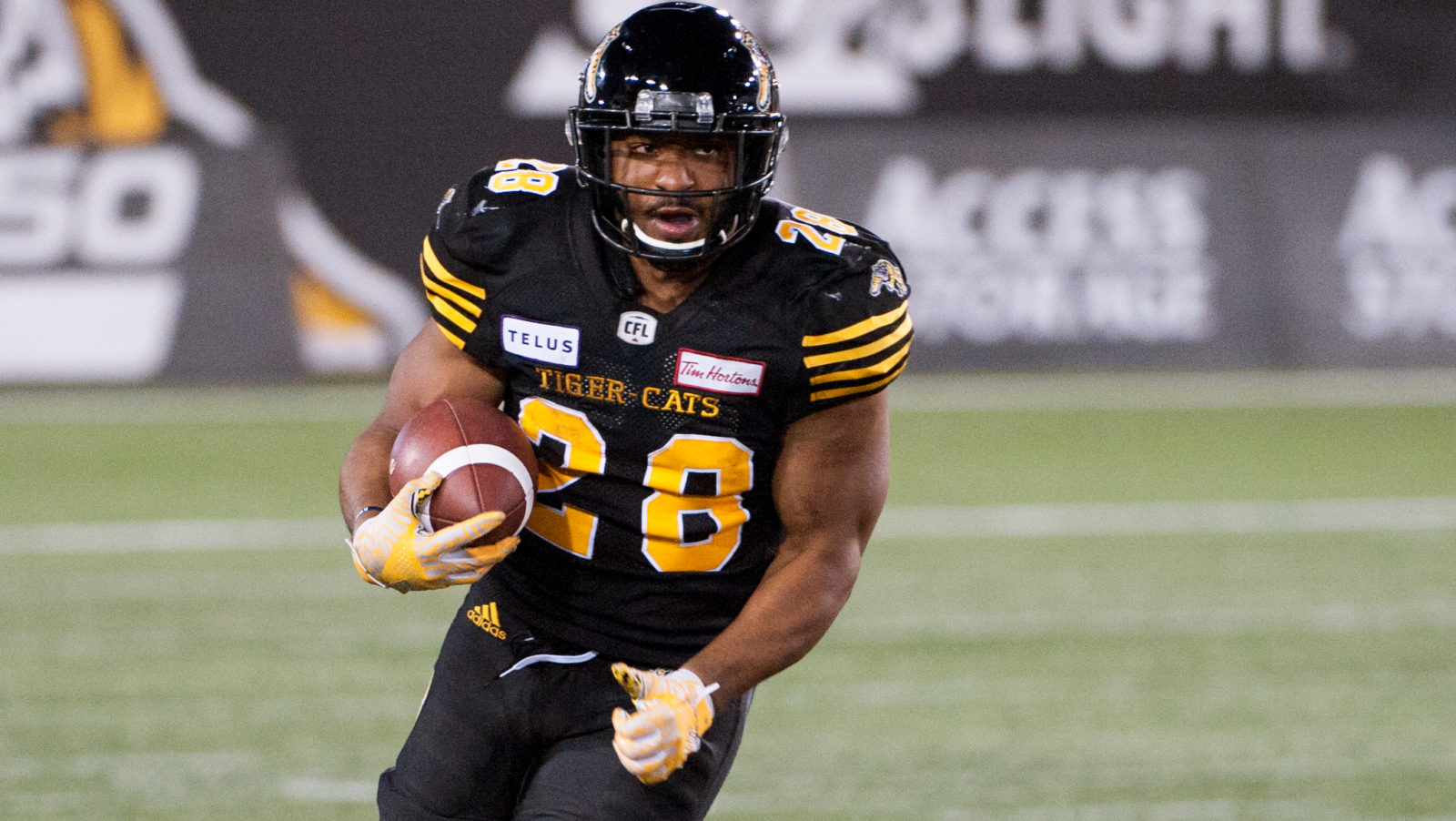 VANCOUVER — John White is following his former GM Ed Hervey to BC, as the Lions have struck a deal with the international veteran running back through 2019, the team announced Wednesday.

Canadian receiver Josh Stanford and national linebacker Terrell Davis have also signed with the Lions for the 2019 season.

White (5’8”, 185) joins the Lions following a one-year stay with the Hamilton Tiger-Cats in 2018 where he saw action in seven games rolling-up 400 yards on 78 rushing attempts for a healthy 5.1-yard average carry.

“John was another primary target of ours heading into this free agency period and we’re ecstatic to bring him into the fold,” said GM Ed Hervey. “He runs with power, protects the passer when needed and can effectively catch the ball coming out of the backfield. Most importantly, John represents the kind of experience, depth and competition we want to have at every position on the field heading into training camp.”

Beginning his CFL career as a member of the Edmonton Eskimos in 2013, the former University of Utah standout has been a model of determination and resilience after bouncing back from two season-ending injuries in 2015 and 2017. Appearing in 48 career games, he’s tallied 2,510 yards on 454 carries with 14 touchdowns and a notable 5.5-yard average. His 123-carry, 852-yard campaign in 2014 earned the California native a CFL All-Star selection.

Davis (6’0”, 225) hails from Victoria and returns to the West Coast after spending three seasons and 51 regular season games in Hamilton. A UBC grad and the Ticats’ third selection (21st overall) in the 2016 CFL Draft, Davis became a defensive and special teams mainstay in Steel Town recording 20 special teams tackles, 11 defensive stops and a pair of sacks.

Stanford (6’0”, 200) a three-year CFL veteran, joins the Lions after dividing his time between the Saskatchewan Roughriders and Montreal Alouettes last season. An eighth-round selection by the ‘Riders in the 2016 CFL Draft (62nd overall), Josh has appeared in 24 CFL games recording 23 receptions for 252 yards