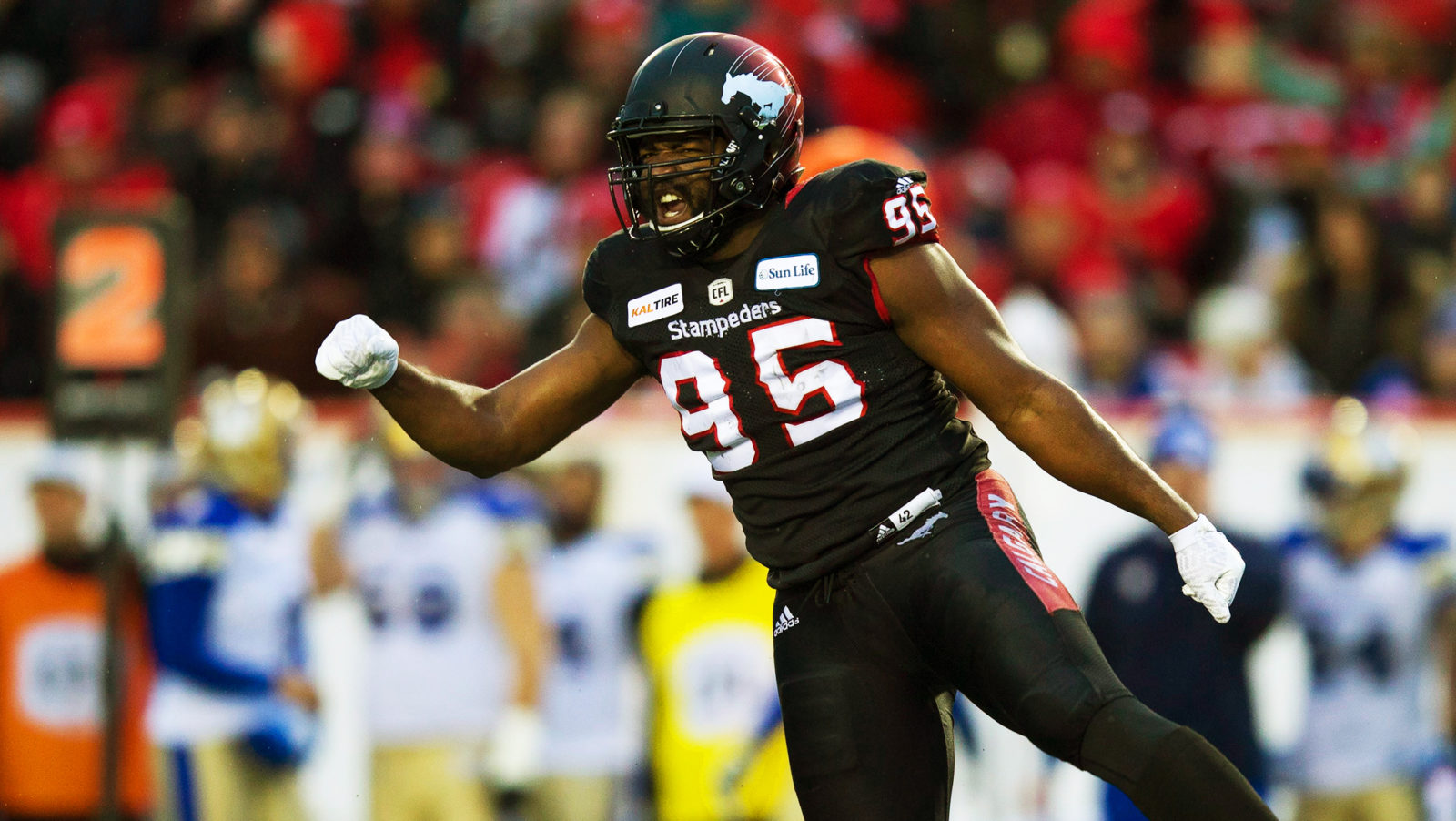 HAMILTON — The Hamilton Tiger-Cats have made their biggest free agent acquisition on Wednesday afternoon, announcing the addition of international defensive end Ja’Gared Davis.

Davis, 28, started 17 games at defensive end for the Calgary Stampeders in 2018, posting career highs in defensive tackles (59), fumble recoveries (3) and interceptions (2) – returning one of his interceptions for a touchdown – while adding seven quarterback sacks and two forced fumbles.

He was the ninth-ranked free agent on CFL.ca’s Top 30 list.

Prior to joining the Stampeders, the Southern Methodist University product signed as an undrafted free agent with the National Football League’s Houston Texans in 2013. He also spent time on the practice rosters of the New England Patriots, Kansas City Chiefs and Washington Redskins from 2013 to 2015.