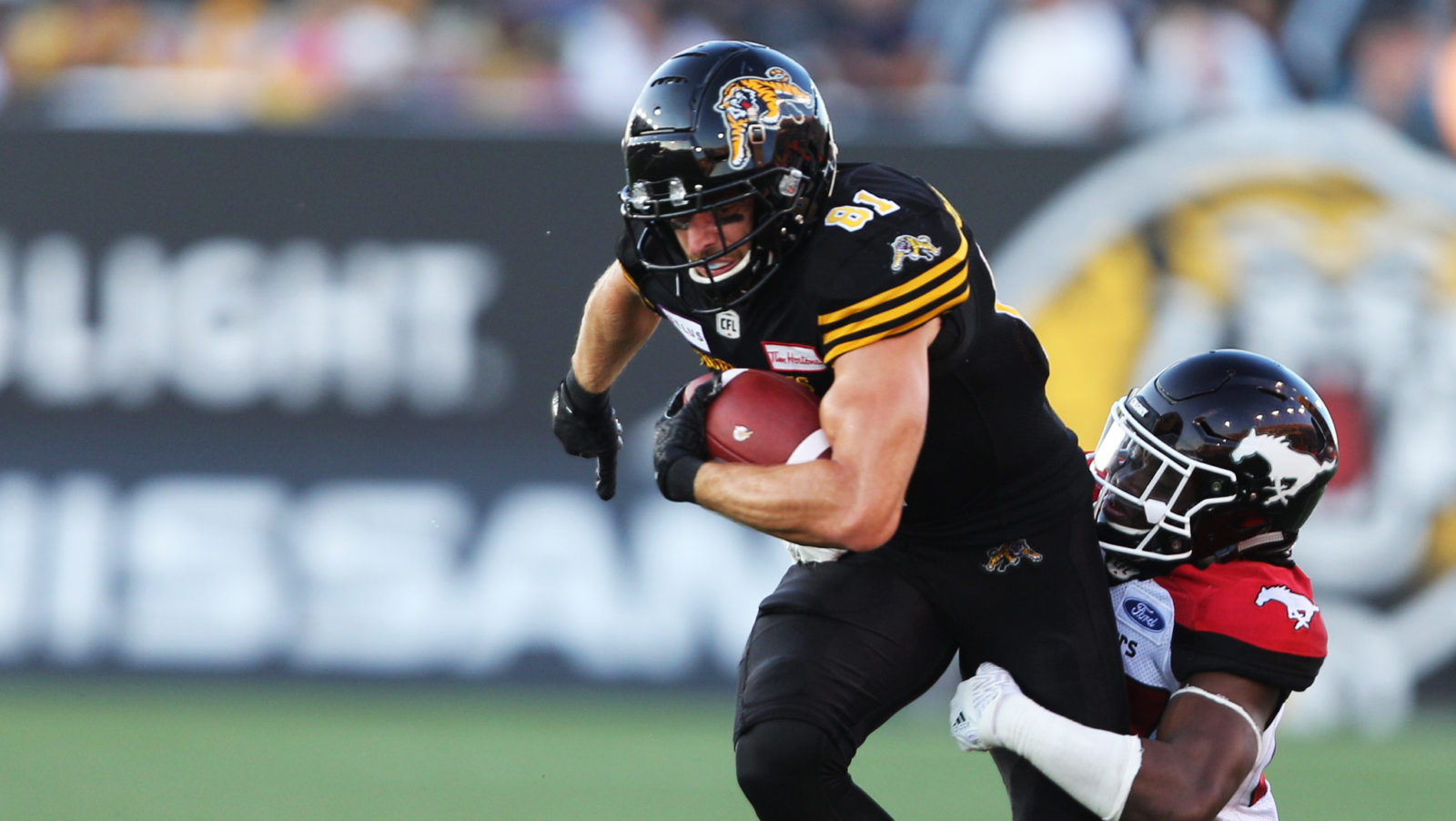 MONTREAL — The Montreal Alouettes have signed national receiver Félix Faubert-Lussier to a one-year deal, the team announced on Wednesday.

The six-foot-one, 212-pounder played his first two seasons in the CFL with the Hamilton Tiger-Cats, who drafted him in the fifth-round (39th overall) in 2016. Last season, he caught 11 balls for 74 yards in 13 games.

The Montreal native played with Université Laval Rouge et Or from 2012 to 2016, with whom he raised three Vanier Cups. Since the beginning of his CFL career, the 27-year-old played 27 games, catching 14 passes for 103 yards. In addition, he made three special teams tackles, while also handling kicking duties as he made three punts that travelled 185 yards and two kickoffs for 111 yards.

“We have acquired a versatile player who can be used on offence and special teams,” said Alouettes General Manager Kavis Reed. “Faubert-Lussier continued to progress last season and we are thrilled to add him to our pool of national talent.”