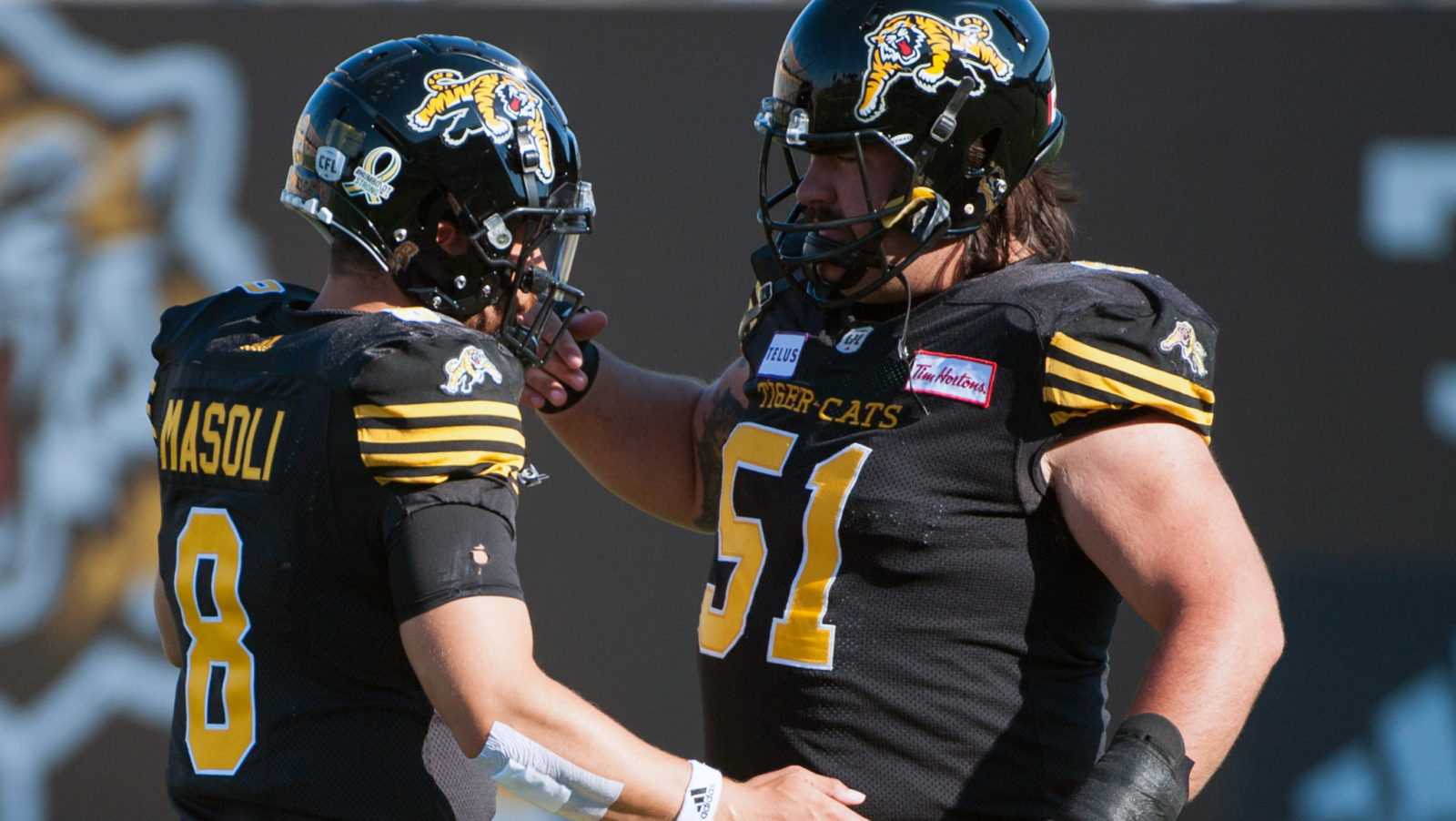 HAMILTON — The Hamilton Tiger-Cats have signed national offensive lineman Mike Filer, the team announced on Wednesday. Filer, the current longest-serving member of the Tiger-Cats, returns for his eighth season in Hamilton.

The 28-year-old made 18 appearances with 17 starts at centre for the Tiger-Cats last season. The six-foot-two, 290-pound native of Brantford, Ontario anchored an offensive line in 2018 that helped the Ticats average the Canadian Football League’s most net yards of offence per game (405.6), second-best passing attack (310.7 yards per game), third-most yards per carry (5.6) and third-most rushing yards overall (1,828), while allowing the third-fewest sacks (36).

Over his eight-year CFL career (2012-18), Filer has played 94 regular season games (79 starts), all with the Tiger-Cats. He has also started seven playoff games at centre for Hamilton including the 102nd Grey Cup. The Mount Allison University product was selected by the Calgary Stampeders in the fifth round, 31st overall, in the 2012 CFL Draft. Filer attended training camp with the Stampeders before signing with the Tiger-Cats as a free agent August 12, 2012.