Collaros betting on himself in return to Riderville 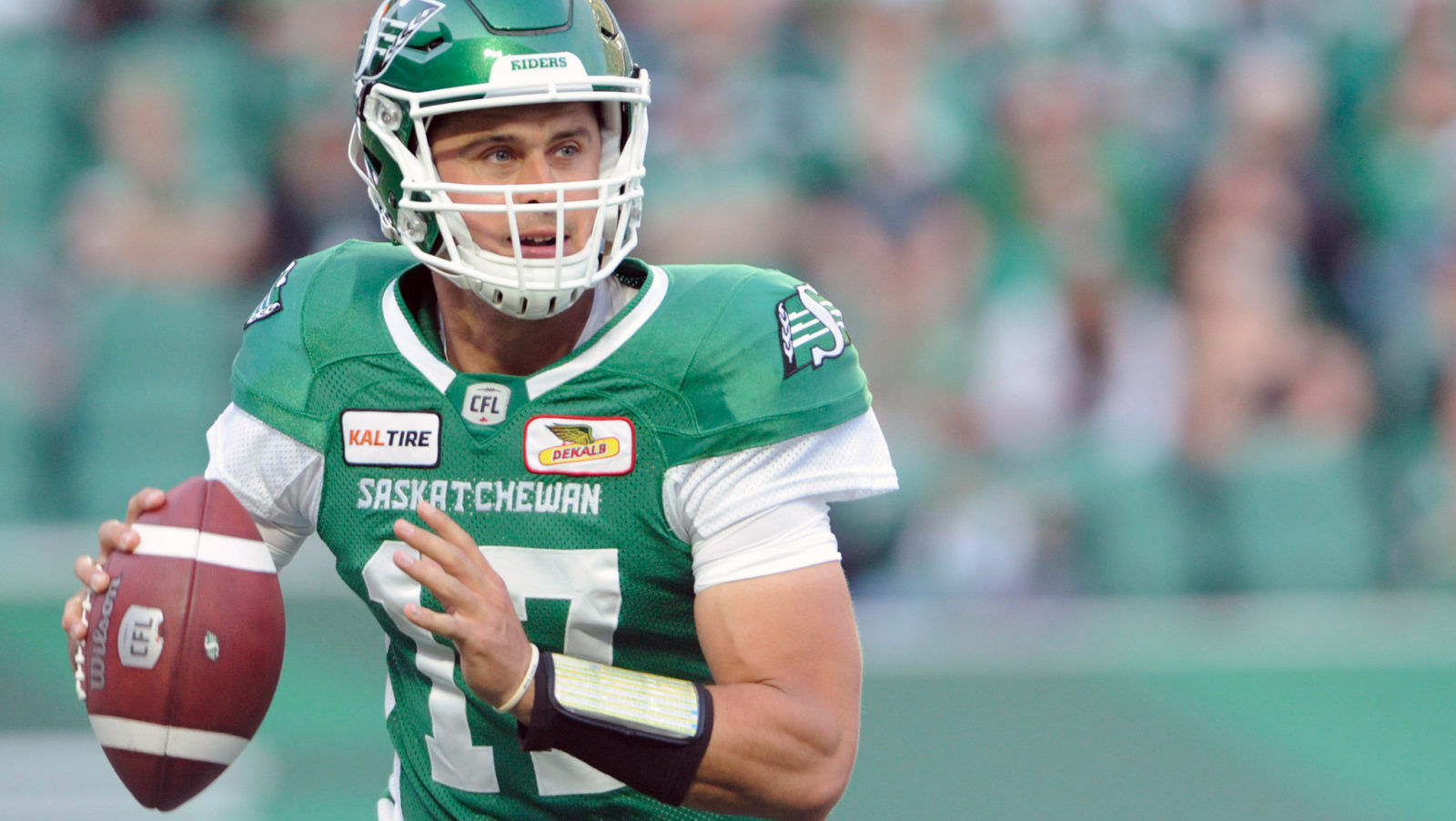 Collaros betting on himself in return to Riderville

REGINA — After two of his peers signed mega deals, Zach Collaros is betting on himself.

The eighth-year quarterback inked a one-year free agent deal with the Riders last week, locking him in for a second season as the team’s starting pivot after being traded to Saskatchewan in 2018.

In an off-season when the league’s top two quarterbacks, Mike Reilly (BC) and Bo Levi Mitchell (Calgary), both signed four-year deals, Collaros knows he’s playing for his next contract.

“I signed a one-year contract, it’s kind of the way this league is moving,” he told Riderville.com. “You’re gambling on yourself, and I’m a gambler so it’s good.” 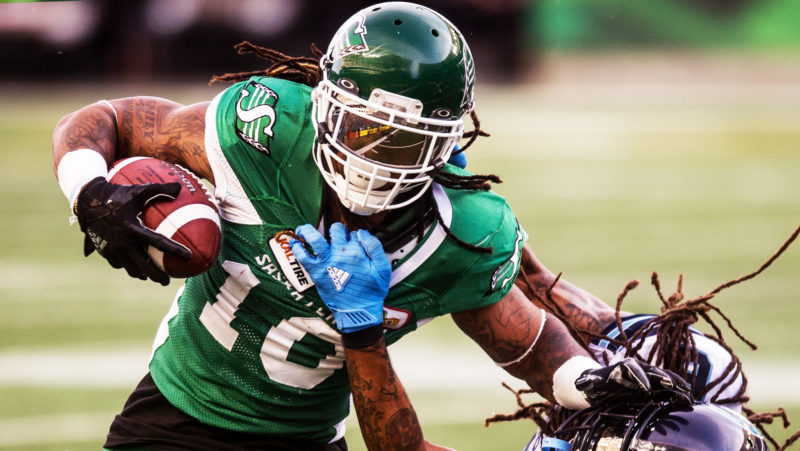 » QB carousel slows after busy week
» Mason, Harty to miss most of next season
» Riders name Collaros starter for 2019
» Who still needs what in FA19?

It’s been an inconspicuous off-season for Collaros, especially after the way things ended last November. After leading the Riders to a 12-6 record, the veteran quarterback had to miss the first ever playoff game at new Mosaic Stadium following a concussion suffered on a hit by BC Lions defensive end Odell Willis in the regular season finale.

Collaros practised most of the week and was listed as the team’s starting quarterback, but in the end a decision was made to sit.

“It was a very tough decision that had to be made, and it wasn’t one that I didn’t lose a whole lot of sleep over,” said Collaros. “You play this game to get that opportunity – a home playoff game in front of your fans with an opportunity to go to the Western Final, and the way we ended our season with so much momentum it was a very tough decision.”

Collaros said he started feeling better the next week, though it’s unknown if he could have played in the Western Final had the Riders advanced. Through the following months, fans and media wondered whether Collaros would even play football in 2019, while Riders fans, with three elite quarterbacks in Mitchell, Reilly and Trevor Harris all scheduled for free agency, dreamed of the possibilities at football’s most important position.

For Collaros, though, retirement barely ever crossed his mind.

“It’s understandable that there’d be some worry about that,” said Collaros. “I took a bad hit in pre-season, and I took a bad one there in Week 20. There was a lot of time in between those. Did retirement cross my mind after the season? Not very much because a week after that final game I was feeling pretty good again and haven’t had any issues since.

“I love this game, I’m a competitive person and I just want to get out there and play, so retirement wasn’t on my mind.”

When it comes to expectations around Collaros, the Riders have been realistic. He wasn’t their top option in free agency — General Manager Jeremy O’Day acknowledges the team took an aggressive run at landing Mitchell before he re-signed in Calgary — but Collaros was still high on their list.

While Riders fans have had mixed reactions to Collaros’ return to Saskatchewan, the front office and coaching staff are putting complete faith in their 2019 starting quarterback.

“I don’t know if that’s going to do any good if I stand up here and start acting like a salesman, but his play is going to speak for itself,” said O’Day. “There are things we can be better at offensively and I think we’ve had great meetings with our coaching staff, with our head coach.

“There are things we can do different in terms of practice that [Head Coach Craig Dickenson] has talked about — that’s going to help us offensively and we think we have a very capable quarterback.”

Defensive tackle and big ticket free agent acquisition Micah Johnson said the addition of a veteran in Collaros helped his decision to sign with the Riders.

“Zach’s a good player, Zach’s a solid player,” said Johnson. “He’s been playing at a high level in this league for a while. Sometimes injuries have struck at bad times but we know the talent he can be, so that actually made it more comfortable with that signing.”

Collaros’ confidence comes from within, too. Turning 31 in August, he says he’s got plenty of years left in the CFL, in a league where many pivots play into their late 30s. It’s been some time now, but few can forget the level Collaros was at in 2015, when he was on track to win Most Outstanding Player before suffering a season-ending knee injury.

Last season there were glimpses of the old Zach. He led the Riders to victories over the eventual Grey Cup Champion Stampeders twice, while his season-long yards per attempt climbed to 7.9. On the other hand, he also threw more interceptions (13) than touchdowns (9), and was even pulled from a game vs. Winnipeg on Oct. 13 after completing just eight of 19 passing attempts for 69 yards.

“Was it up to the standard that I want to be at from a statistical standpoint last year? No, but my job is to go out there and manage games and try to win games for this club,” said Collaros. “Do I want to throw 40 touchdowns and five interceptions? Of course, that’s what you strive to do, but at the same time there are moments in games where you don’t have to take a chance, you don’t have to push the ball downfield, maybe we hand the ball off 25 times.

“We always seemed to be morphing . . . it was a tough season to try to build some continuity but I can just control what I can control, and that’s to do my best to lead this team.”

Collaros said he received interest from other teams in free agency, but returning to Regina was his top choice. A one-year deal could pay off for both sides, as the Riders could cut ties if he struggles, while a bounce back season would make Collaros one of the top pending free agents less than a year from now.

“This is a place I really enjoyed playing last year,” said Collaros. “Regardless of some of the outcomes of things, I had a blast and we had a great season, and I’m really looking forward to getting back here.”

Collaros says he goes into 2019 with something to prove, especially from a production standpoint, but wins will take precedent.

“I think you want to improve every single season,” he said. “From a statistical touchdown to interception ratio, I don’t think I’m going to get up here and defend myself on that. From a production standpoint I want to do more, but at the same time I want to do what I’m being asked and I want to win football games.”