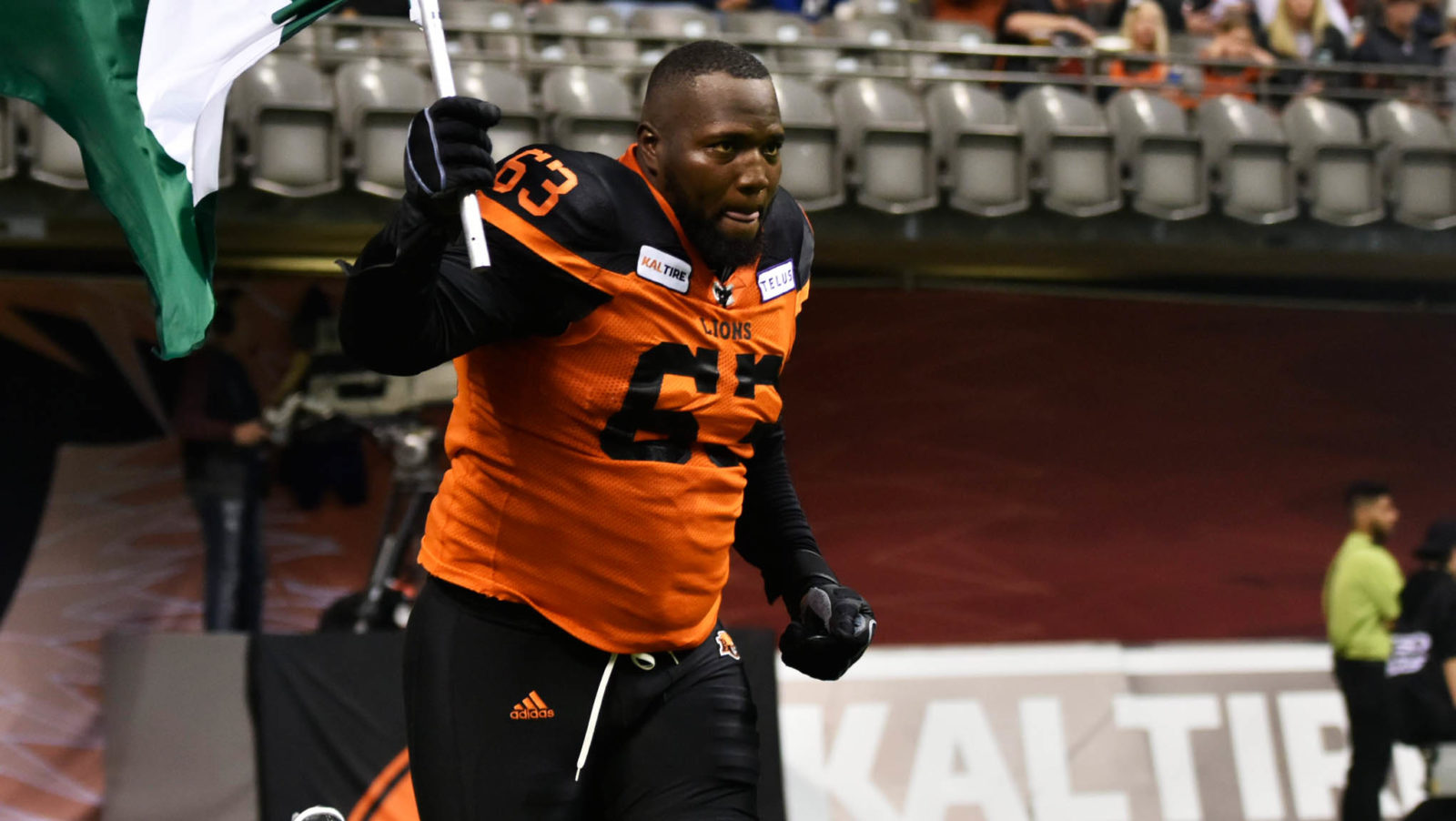 VANCOUVER — The BC Lions announced on Thursday that international offensive lineman Jovan Olafioye has announced his retirement from professional football.

One of the most-decorated and accomplished offensive linemen to pull on a BC Lions jersey, the future Wall of Famer played eight seasons for the Leos having never missed a start from 2010 to 2016 as well as the 2018 campaign.

Anchoring the Lions’ offensive line from both the left and right side at various times during his incredible career, Jovan originally signed with the club as a free agent in 2010. The Detroit native quickly established himself as a dominant talent earning six CFL All-Star selections, seven as a West Division All-Star, three West Division nominations as Most Outstanding Lineman and the CFL’s top lineman award in 2012.

“I’m incredibly grateful for my time in the CFL and as a member of the BC Lions,” said Olafioye from his home in Michigan. “There are so many people who will have left a lasting impression from my time in Canada, but no more than Wally Buono and coach Dan Dorazio. My thanks also to former teammates and Lions fans everywhere. I could not have dreamed of anything more than the amazing experience I had in Vancouver.”