Switching Sides: Daniels suiting up on other side of the Battle of Alberta 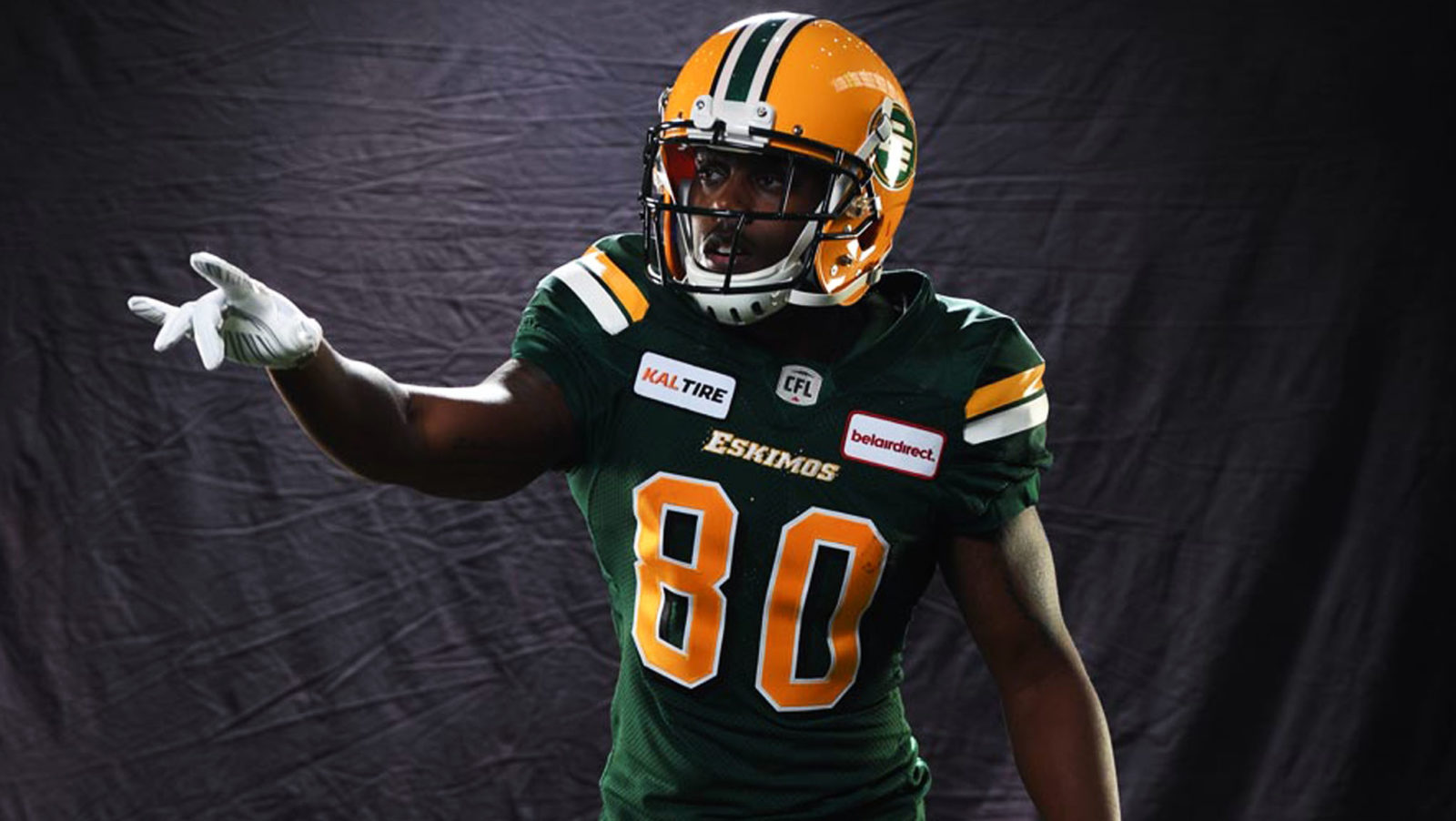 Switching Sides: Daniels suiting up on other side of the Battle of Alberta

There’s just something about the Battle of Alberta that brings out the best in DaVaris Daniels.

The pass-catcher hauled in 116 yards and a touchdown in both of the Stampeders games against their rival Edmonton Eskimos last season (the only two games he surpassed the 100-yard mark in 2018).

The 26-year-old will once again suit up in those high-pressure, rivalry contests when the 2019 campaign gets underway but this time he’ll be wearing green and gold instead of red and white.

“Those big games like that, the rivalry games, where there’s a lot at stake, a lot of pride and a lot of things that you can carry on for your city,” Daniels said over the phone from Edmonton following a marketing photo shoot earlier this month.

“It’s important for me to show up in those games, I try to make a point of that. The fact that I get to go back to Calgary on the other side, it’s going to be weird but I think its something that I’m ready for and super excited for because I do have some friends over there, I know that they’re going to be gunning for me any chance they get. We’re not friends on Labour Day, that’s just how it’s going to go.” 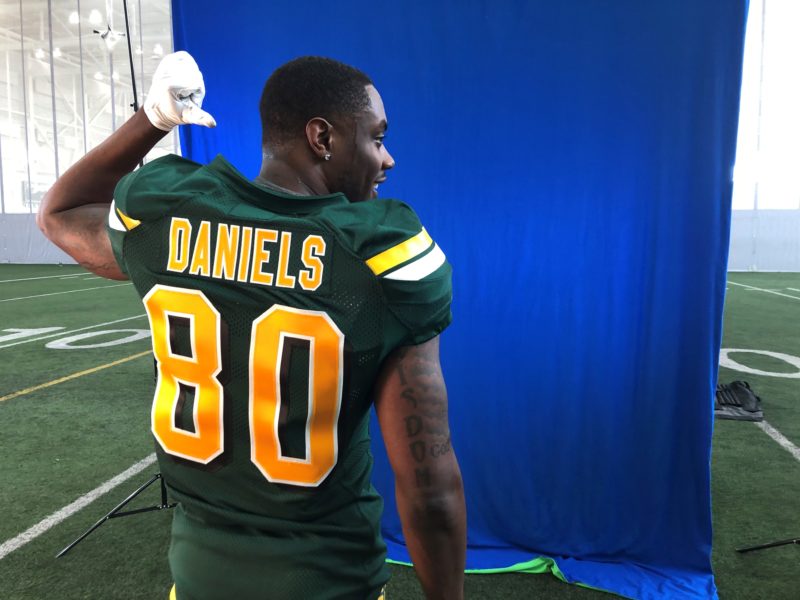 Daniels shows off his new number at a marketing shoot in Edmonton (Esks.com)

For the second time in his CFL career, Daniels hit the free agent market this off-season, deciding to test the waters and see what kind of offers there were from teams outside of Calgary. He welcomed his first child, a son named Jett, just a few weeks ago and having a family to take care of this time around changed the way Daniels approached hitting the open market.

“The first time I got to make all of the decisions just based off of what was best for myself,” said Daniels. “Now, I have to think about what’s best for my entire family. They just gave me a better offer over here and not only that but looking at all of the parts that they were trying to bring in really intrigued me. I’m a winner and all I want to do is win. I saw the things that were happening over here and I had to jump on board.”

It seemed like Edmonton was the place to go this off-season, as free agents from across the league jumped at the opportunity to sign with the Eskimos.

While those new, big-name pieces made Daniels’ ears perk up, it was a conversation he had with the team’s new pivot that made him decide to sign a deal with the other Alberta team.

“Trevor Harris called me to talk to me and we had no prior history, I don’t even know how he got my number but he got it,” laughed Daniels, who was given the locker he had during last year’s Grey Cup game as his permanent spot at Commonwealth Stadium. “He called me and just let me know his appreciation for me and what I bring to the table and how he would love to play with me. It was the same on both ends after he said that. It was like, ‘I want to play with you.’ This is a guy that I want to go to bat for every week.”

“We’re not friends on Labour Day, that’s just how it’s going to go.”

Daniels on playing the Calgary Stampeders 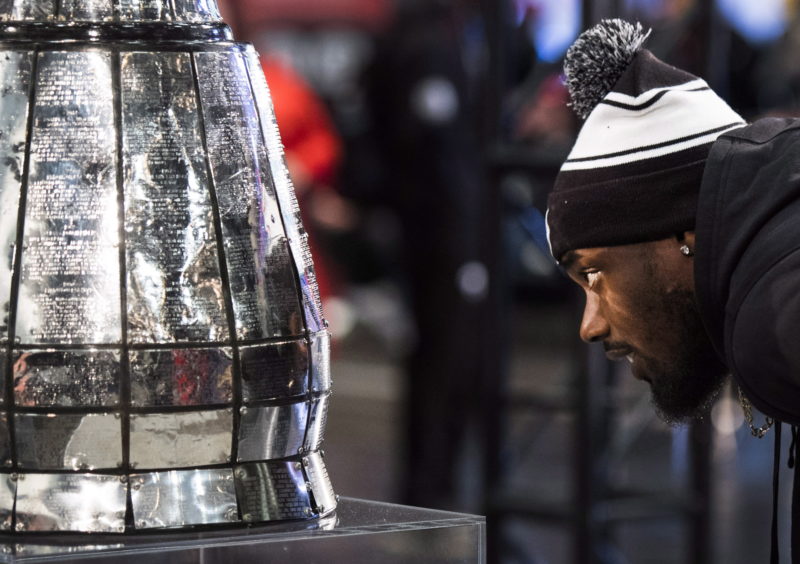 The chemistry and relationship between Harris and Daniels has already started to bloom, with the pair meeting up earlier this off-season to spend some time together.

“Me and Trevor, we got together about a month ago,” Daniels said. “Just ran some routes, caught some balls, talked. We text all the time about family stuff. We’re slowly becoming closer and closer already, before the season. I think that’s going to be one thing that helps us going forward. And just the type of guy he is, I think it makes it pretty easy to want to give that extra effort for him and go out there and try to make plays for him. We’ll find a chemistry pretty quick.”

The six-foot-one, 203-pounder brings three years of CFL experience to the Eskimos new-look receiving corps. He’s played in 36 games with the Stamps, catching 2,375 yards and 20 touchdowns. He was also named 2016’s Most Outstanding Rookie and won the Grey Cup last year.

But all of that is in the past for Daniels, who decided he wanted a new identity on his new team, changing his number from 89 to 80, as he sets his sights on a new adventure in Edmonton.

“I changed my number to 80,” he said. “(It’s) just something new. I feel like in Calgary, 89 was how I came into the league and I had a bit of a different identity over there than I feel like I will have over here.”