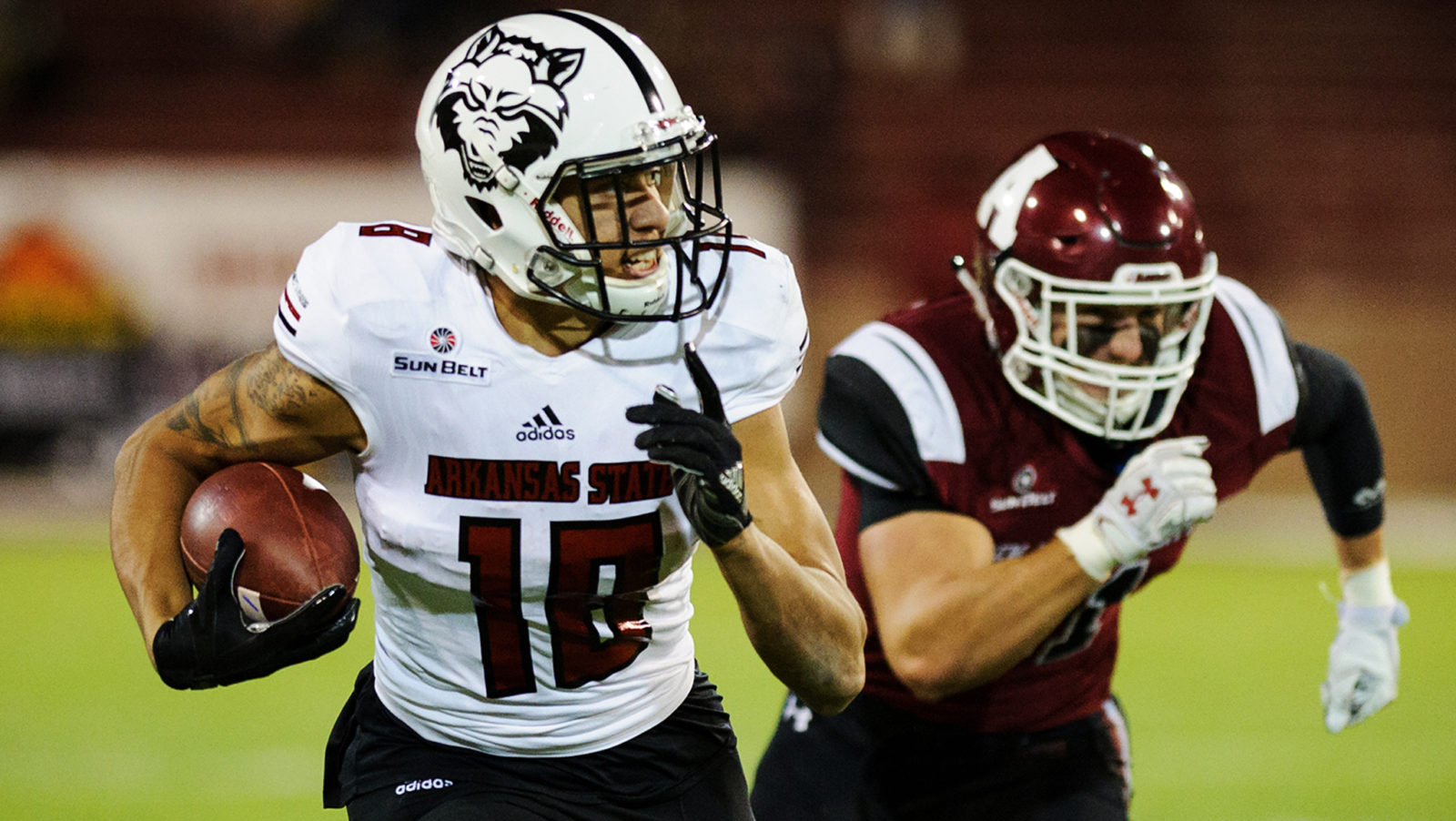 REGINA — The Saskatchewan Roughriders will have their top draft picks from 2019 in camp after agreeing to terms with receivers Justin McInnis and Brayden Lenius, the team announced Wednesday.

The team also signed fourth round pick Jacob Janke and eighth round selection Christopher Judge, who are expected to report in time for Thursday’s rookie camp.

McInnis, a 6-foot-5, 210-pound receiver, was the team’s sixth overall pick. He spent three seasons with Arkansas State University hauling in 115 catches for 1,577 yards and 10 majors. In the 2018 season McInnis was second on the team with 56 receptions for 694 yards and six touchdowns.

The 23-year-old was heavily recruited out of junior college with offers from Mississippi State, Nevada, South Alabama and Southern Mississippi before settling at Arkansas State.

Lenius, another big target at 6-foot-5, 230 pounds, was the team’s second round draft pick (15th overall) earlier this month. He graduated from the University of New Mexico after spending the previous three seasons at the University of Washington. Over four collegiate seasons the tight end recorded 581 career receiving yards and four touchdowns.

Janke finished his third year of eligibility with York, starting all eight games at defensive back. Janke led the team in 2018 with 5.9 tackles per game and 47.5 total tackles. He also notched three knockdowns.

Judge, the older brother of former Riders first round pick and current middle linebacker Cameron Judge, played three seasons at California Polytechnic from 2011-2013, playing in 40 collegiate games on the defensive line. He collected 55 defensive tackles, 6.5 tackles for a loss, four sacks and one fumble recovery.

In 2012, he was given an All-Big Sky Honourable Mention on Special Teams. Prior to attending Cal-Poly Judge spent two seasons at Air Force playing in seven games.

The Saskatchewan Roughriders have also announced the addition of three territorial juniors to the training camp roster: