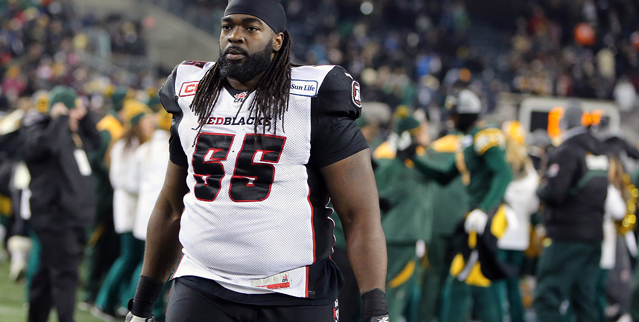 The veteran left tackle was one of the Eskimos’ biggest off-season additions, signing in February during the league’s annual free agent period.

Rogers, 33, has played six CFL seasons, including four with the Ottawa REDBLACKS.

The Eskimos have options, as right tackle Colin Kelly could move to the left spot, while veteran Tommie Draheim is a candidate to start at either tackle position.