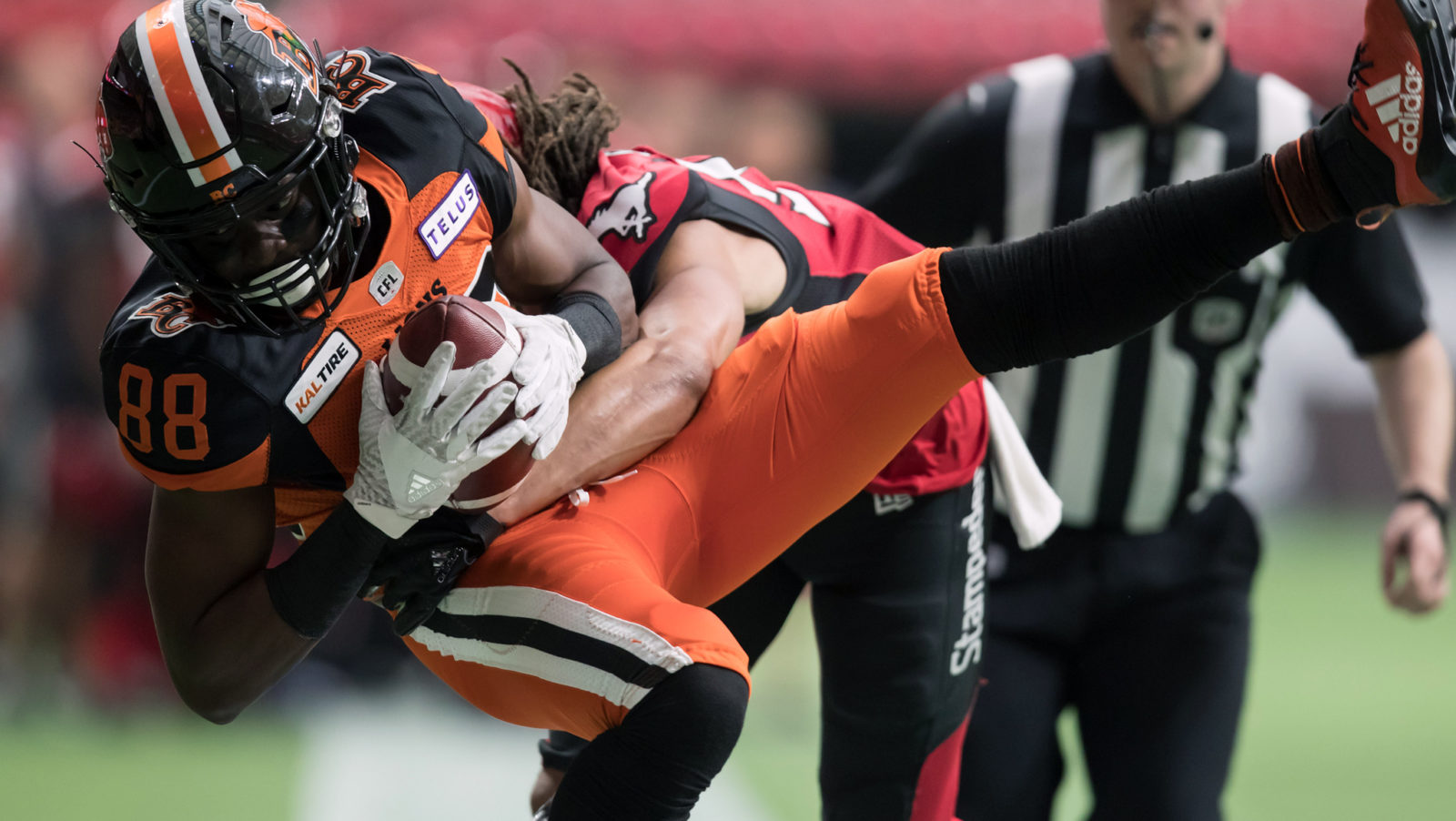 Welcome to the CFL Fantasy football game. Here’s hoping for a full season of enjoyment filled with fun and some bragging rights for those who excel in playing each week throughout the 2019 campaign. Before the season starts, though, it might be wise to gather some ideas on how to succeed, because simply putting Bo Levi Mitchell and Brandon Banks with a host of random players to fill out the roster just won’t cut the mustard.

A quick breakdown on how to play: Based on a salary cap of $40,000, each player selects a quarterback, two running backs, two wide receivers and a Flex player (either a running back or wide receiver). Points are scored in a variety of categories including touchdowns and yards gained (points are also taken away for lost fumbles, interceptions and for defenses allowing opponents more than 35 a game). Player values will go up and down according to performance, so be sure to keep a wary eye on updated salaries.

So, how to win? Follow these five paths and chances are good you’ll be among the best scorers each week.

Perhaps one of the more sound routes to success in the game will be pairing a top-end quarterback with his favorite receiver. For example, pairing Eskimos quarterback Trevor Harris ($8,689) with DaVaris Daniels ($7,164) will cost $15,853. While that does take a significant amount of cap space, the prospect of having Harris throw for 350 yards and three touchdowns and having Daniels catch five passes for 130 yards and two majors will enhance your scoring potential.

Playing this route does offer some risk. Playing the Tiger-Cats duo of pivot Jeremiah Masoli ($10,760) and receiver Luke Tasker ($8,886) is a combined $19,646, leaving you with little wiggle room on the other five positions. The upside to this, as mentioned in the previous paragraph, would be potential total the two could produce in a high-scoring affair. It also requires being adept at knowing when to go for broke, which is another tenet to be be discussed here later.

A Harris-Daniels combo is a reasonable option, as is a play of Bombers quarterback Matt Nichols ($6,811) and new Winnipeg receiver Chris Matthews ($3,500). The latter play costs just $10,311, leaving Fantasy players $28,689 to fill the other five positions.

Some players love playing certain teams. For example, Tasker put up a combined 78.7 Fantasy points in three games against the Argonauts last season. That’s something to keep in mind when the Tiger-Cats visits the Argos on June 22.

The ability to play the matchups will be able to help Fantasy players dictate the pace of their salary caps. Another example: Stampeders running back Don Jackson recorded at least 15.6 Fantasy points in three games against the REDBLACKS last year, including the 19.2 FP he scored against them in the Grey Cup Championship game. That nugget of knowledge will be considered by Fantasy users when putting together a Week 1 lineup.

The “must-starts” (BC’s Mike Reilly, Winnipeg’s Andrew Harris, a healthy Kamar Jorden out in Calgary, for example) usually deliver solid numbers regardless of opponent. Still, even the best of players are bound to have a game or two of less than impressive numbers. Even Reilly showed he was fallible at times in 2018. 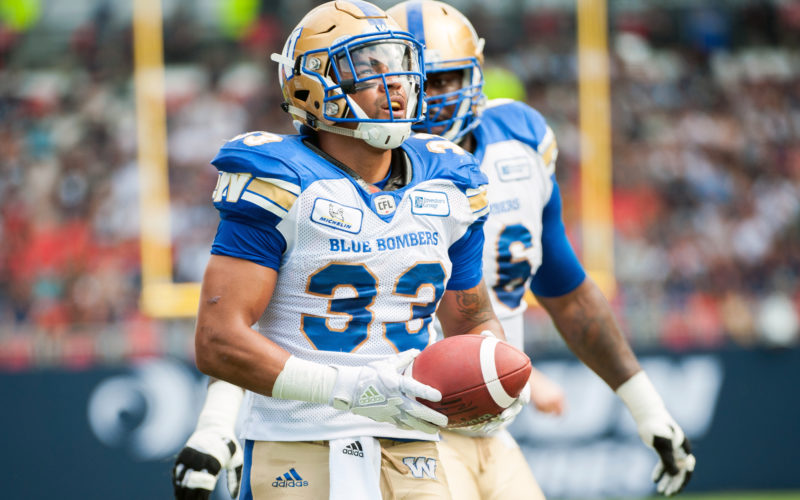 Bombers running back Andrew Harris could be viewed as a must-start every week (Adam Gagnon/CFL.ca)

3. Be Willing to Take Risks

Part of the fun in playing Fantasy football is having the right to let friends know how you wisely rolled the dice on a certain player and — despite the naysayers — still got a big week of production. Everyone knows the star players, yet it’s the players that occasionally fly under the radar who will be difference makers more often than not.

Last season, Alouettes running back William Stanback slowly turned into a good RB2/Flex option because of his production despite the limited number of touches he had while serving as the backup to Tyrell Sutton before Sutton’s trade to the Lions opened the door for a more featured role for Stanback. Late in the campaign, Stampeders receiver Markeith Ambles emerged as a risky venture that paid off as the rookie scored touchdowns in four straight games.

Obviously, there will be major injuries, key switches of personnel, a player or two released and the chances of a player recently released from a National Football League team will sign and become a difference maker as the season goes on. The only way to know is to be informed. The CFL.ca website is always the best stop to gain information on the comings and goings during the regular season, so it will help the cause of Fantasy players if they have the ability to go there via their smartphone, tablet or computer.

Player cards and salaries will be adjusted each week for Fantasy players to get the latest information, while knowing who will be inactive will also help the cause. Knowledge is power, and the more a Fantasy player has while playing the game will give them the edge over the rest of the pack.

At its core, the game is about having fun and enjoying the season. For veteran CFL fans, it’s an opportunity to watch the game’s best players while having a taste of competition with family and friends either on television or in the stadium. The game is also a great first step for CFL newcomers to learn the nuances of the game along with appreciating the fun and excitement the fast-paced action offers all the way to the Grey Cup on Nov. 24.