MONTREAL – Changes are once again afoot in Montreal as the Alouettes announced that they have agreed to part ways with head coach Mike Sherman.  The club is scheduled to kickoff their 2019 regular season campaign next Friday.

In the interim, offensive coordinator and quarterbacks coach Khari Jones will take over the head coaching duties.

Sherman’s tenure ends just after one complete season after taking over the Alouettes in 2018 and guiding them to a 5-13 record.

The 64-year-old coach arrived in Montreal with no shortage of experience after running a successful program at Texas A&M and serving as the head coach and general manager of the NFL’s Green Bay Packers but was unable to lead the Als to a playoff berth in his lone season on the Montreal sidelines.

“We would like to thank Mike Sherman for his hard work and dedication with our team,” said Alouettes’ General Manager Kavis Reed. “We would have preferred a different turn of events, but we believe that we are making this decision with the best interest of our organization and our team in mind.”

“We had identified some key elements from last year where we wanted to see some changes, but unfortunately, these adjustments did not materialize. These decisions are never easy to take, but we believe that this is the right one to make. Our team is in good hands as Khari showed great things in 2018 and has a very solid experience in the CFL.” 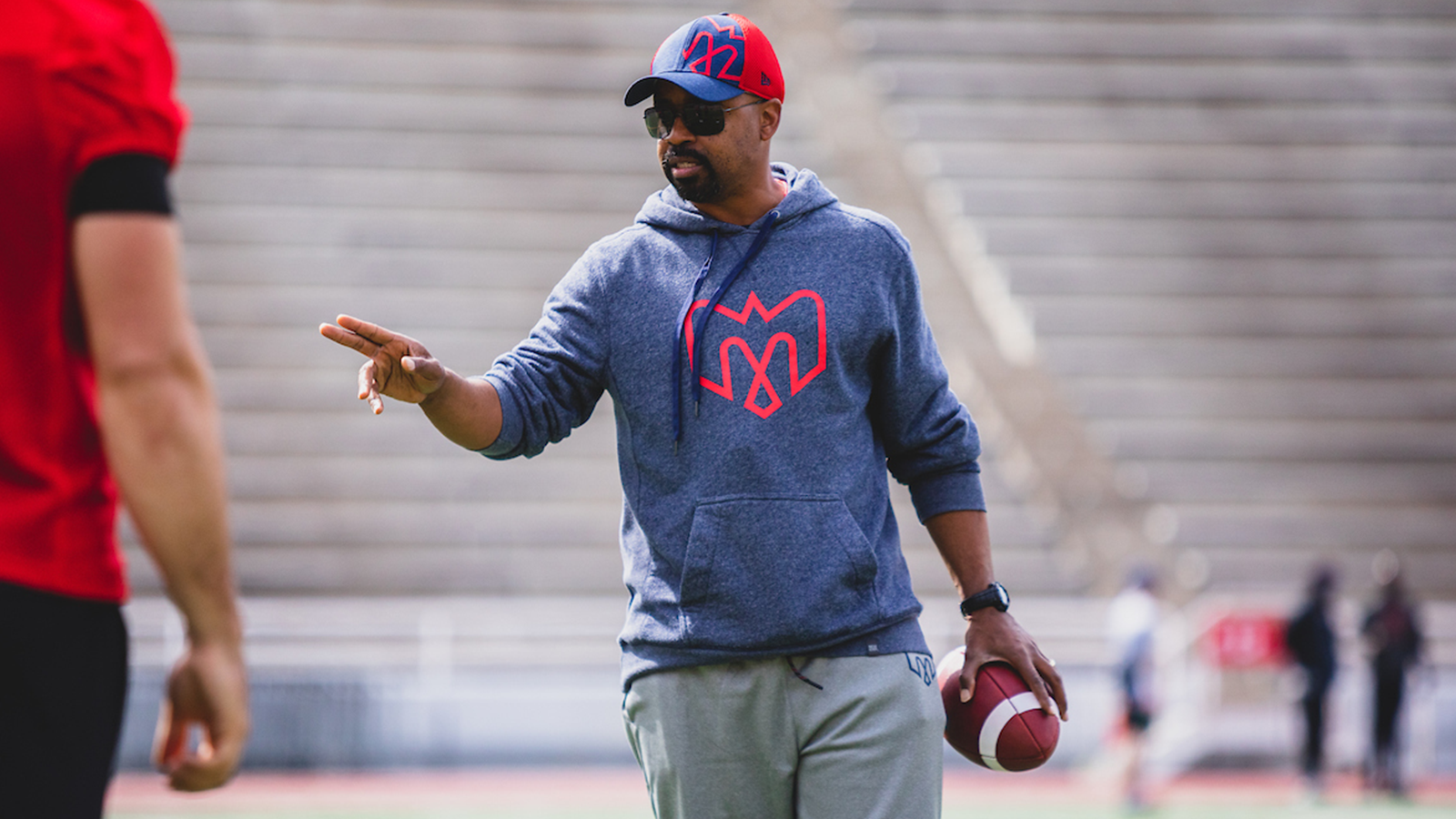 With Mike Sherman out, offensive coordinator and QB coach Khari Jones takes over as interim head coach with the Als set to open the season next Friday in Edmonton (MontrealAlouttes.com).

Jones is starting his second season with the Als after assistant coaching stints with Hamilton, BC and Saskatchewan.

He started his coaching career in 2009 with the Hamilton Tiger-Cats, where he led the quarterbacks in his first two seasons before being promoted to Offensive Coordinator the following season. In 2012 and 2013, he coached the Saskatchewan Roughriders quarterbacks, helping his team win the Grey Cup in his second year.

The 48-year-old Hammond, IN native had a stellar 11-yearcareer as a CFL quarterback, playing for the BC Lions, Winnipeg Blue Bombers, Calgary Stampeders, Edmonton Eskimos and Hamilton Tiger-Cats.  In 2001 he led the Bombers to the league’s best record and a berth in the Grey Cup.

“This is a tremendous honour,” said Khari Jones. “I would have liked this announcement to occur in different circumstances, but I am ready to take on this new challenge. We have a great coaching staff and a group of hard working, talented players. I am looking forward to seeing our players come together as we all work with them with one goal in mind.”