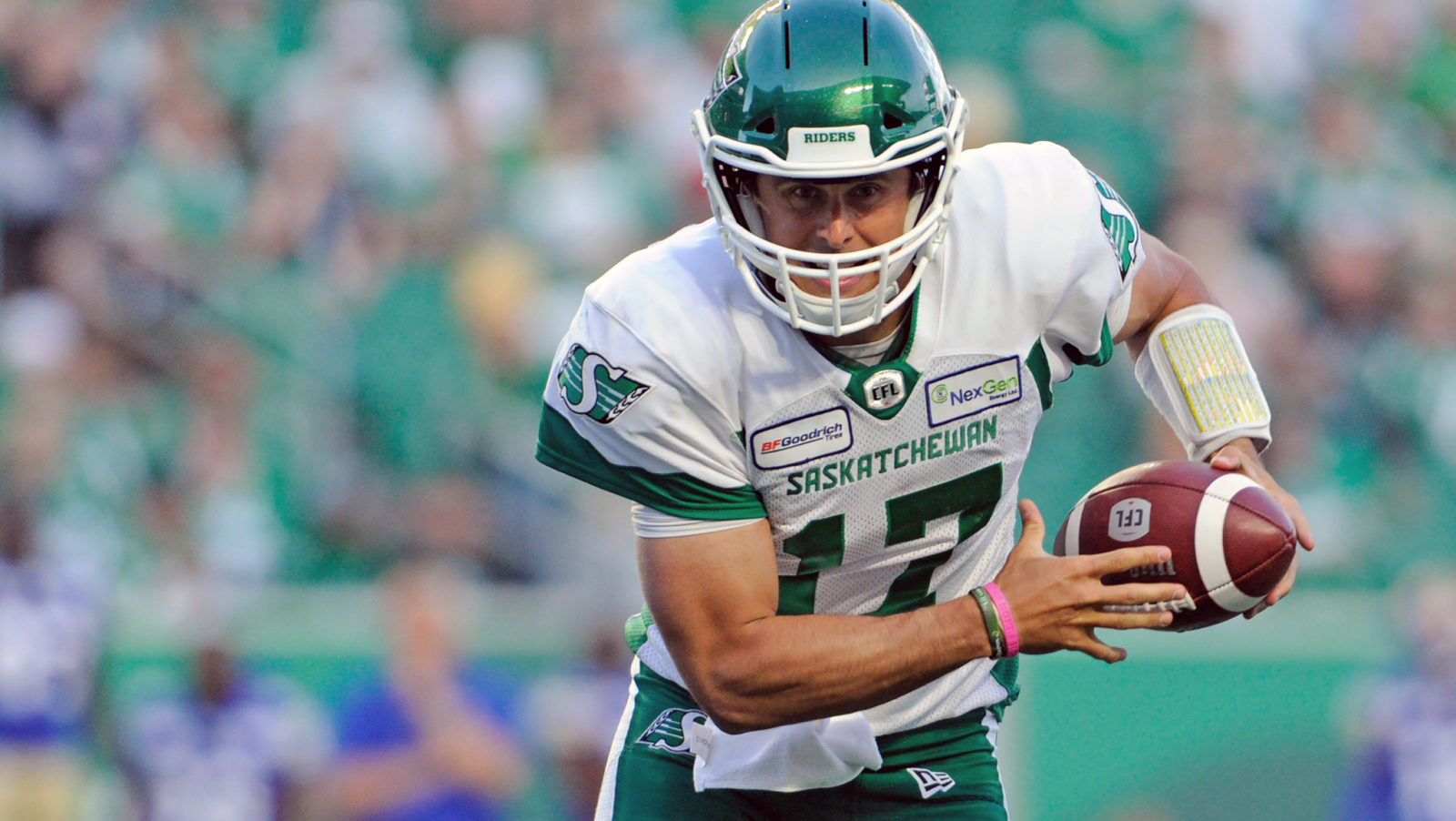 I wish I had the courage to do this in person but let’s face it, I can be a bit of a coward; I rarely had the guts to pick against Calgary or choose Montreal in our weekly picks for CFL.ca.

We have to break up. It’s not you, it’s me. Well, that’s not entirely true, it is kind of you as well. For so many years I held out hope that the 2015 version of you would reappear and you would magically lay waste to all secondaries in front of you claiming on-field glory, MOP Awards and a Grey Cup Championship. Each year I pegged Hamilton to have a grand season, last year told people how dangerous Saskatchewan would be and constantly had you ranked higher in Fantasy than anyone else around me. But I think it’s time for me to move on.

You’re not the first player I have held on to and defended for longer than I should. I was convinced that Chris Rainey should be a full time running back and that the BC Lions were utter fools for not taking my advice. Every year I was shocked that Chris Leak didn’t become a monster star in Montreal as the proper heir apparent to Anthony Calvillo. Clearly I have not always exercised the best judgement when it comes to talent evaluation.

But Zach, you were different. I first got to know you in 2013 as a super productive backup to Ricky Ray with the Toronto Argonauts who, at the age of 25, had a very bright future. Clearly I wasn’t the only one who saw that star potential as the next year you signed with the Hamilton Tiger-Cats, replacing incumbent veteran Henry Burris. While Ontario certainly knew who you were, when you signed that free agent deal with the Tabbies the rest of the country would get to know the name Collaros in the 2014 Grey Cup when you nearly beat the Calgary Stampeders. It was you put up big numbers, throwing for 342 yards with one touchdown and no interceptions. If not for an illegal block by Taylor Reed on what could have been a Brandon Banks 90-yard punt return touchdown, you would have won not only the Grey Cup but a Most Valuable Player Award at 26 years old.

The following year looked like the stars were aligned for you to challenge for the “Best QB in the CFL” title as the Tiger-Cats were well on their way to avenging that heartbreaking Grey Cup loss. It was during that year that I got to watch you up close as I was part of the broadcast team for TSN 1150 in Hamilton. You could make all the throws and you weren’t afraid to take chances deep; it felt like everything was coming together. Well, we all know what happened next: a torn ACL in September against Edmonton would not only end your season but also dashed any chances of a championship.

You came back with a bang in Week 8 in 2016 and my football heart swooned as you returned to action and picked up right where you left off, putting up 1,510 yards with 14 touchdowns compared to only two picks. Everything seemed right on Barton Street but despite your best efforts, Hamilton ended up the year 7-11, a result more about a defence that gave up the third most points in the league and would allow 160 yards on the ground to John White in a 24-21 playoff loss to Edmonton. The Eskimos again making life miserable for you!

2017 was a disaster as the team went winless with you under centre and newly installed coach Junes Jones made the wise move of handing over the starting job to Jeremiah Masoli. That was the first time that I realized that our relationship may be coming to an end but was not yet ready to give up on you. 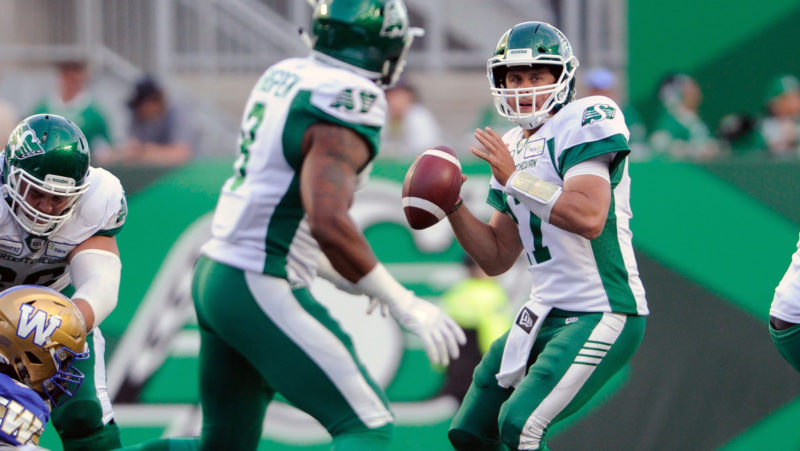 Zach Collaros looked sharp in the Riders’ pre-season finale over the weekend vs. Winnipeg (The Canadian Press)

Then came this past season. I was so excited to see you get a fresh start playing for Chris Jones and that incredible defence in Saskatchewan. Hell, I was even thrilled to see you finally break your losing streak as you beat my hometown Toronto Argonauts in Week 1. The joy of that win did not last long as the following week you were injured against the Ottawa REDBLACKS and your entire season would derail from that point. For the season you would throw more interceptions than touchdowns, only twice did you register more touchdowns than interceptions in a game, you exceeded 300 yards in a single game twice and only once would you have multiple touchdown passes in a game.

I mean, how I can continue to hold out hope for a return to that MOP form? The arm strength and accuracy just isn’t what it used to be but you’ve been through so much since that 2015 injury against the Eskimos. It has been four seasons since you were at the pinnacle of your career and I think it’s unfair to put those sorts of expectations on you. Maybe I’m totally wrong. You have an extra year with the organization; you have a great running back in William Powell and a new receiver in Emmanuel Arceneaux and you’re only 30 years old.

Maybe listen to Don Hewitt, who recently gave you advice to ignore the media entirely so as to avoid any negative opinions. I hope this piece isn’t too negative, I just think it’s time we see other people. I may give James Franklin another chance; Toronto has a bunch of impressive weapons on offence. Maybe look up Derek Taylor? He’s your new radio play-by-play man. He’s way smarter and taller than I am.

My biggest hope is that in six months this column gets thrown in my face as an example about how misguided I am. If, come September, the entire population of Saskatchewan are collectively laughing their watermelons off at me for what I have written, I will be thrilled. I want nothing more than to see that old version again, but I think I am asking for too much. Don’t get angry at me, you’ll find someone else really soon, maybe Marshall Ferguson? I just can’t get my heart broken anymore.