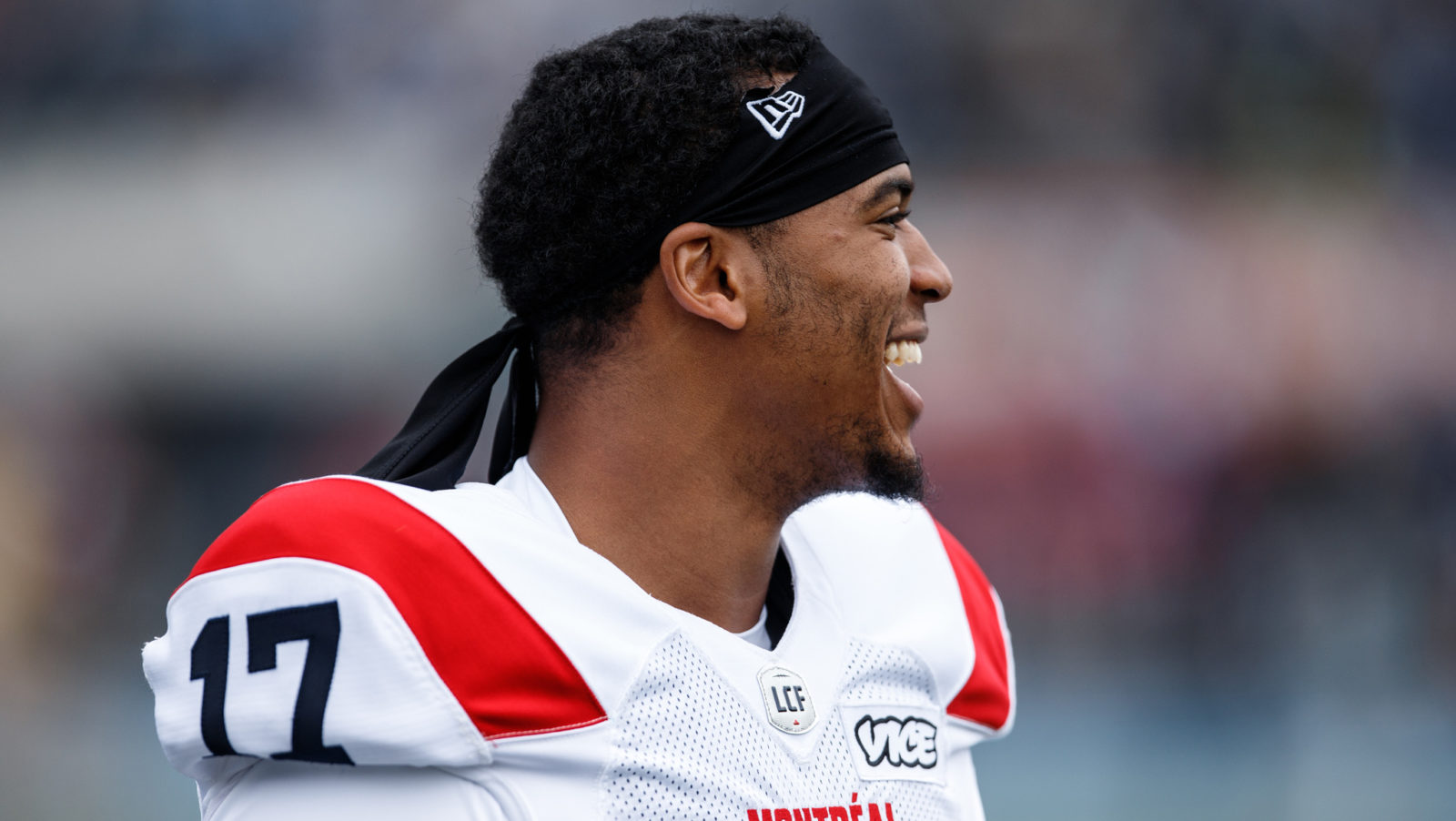 Antonio Pipkin will start under centre for the Alouettes in 2019 (MontrealAlouettes.com)

“I think we have a chip on our shoulders because everybody is counting us out. It’s pretty exciting. Especially with the guys in the locker room, everybody is buying in, just enjoying the game.”

eading into the new CFL season the Montreal Alouettes have made a lot of headlines but mostly for the wrong reasons.

In February the Johnny Manziel saga came to an end when the CFL terminated the former Heisman Trophy winning quarterback’s contract with Montreal.

Last month the league announced it had taken over ownership of the team. Then, over the weekend, general manager Kavis Reed announced the departure of head coach Mike Sherman.

“I’ve never been a part of nothing like that,” veteran defensive back Tommie Campbell said about the string of events. “But the only thing I can control is getting up, coming to work every day with a positive mindset, bringing positive energy to the guys around me, just doing my job.

“The Montreal Alouettes still have a 2019 season to play and I plan on being there with the team, playing it.”

Campbell and the rest of the Alouettes hope to change some of the negative narrative surrounding the team when they open the season Friday against the Edmonton Eskimos at Commonwealth Stadium.

With Khari Jones taking over as head coach, and the addition of several new players, there is a sense of optimism in the locker room.

“I think we have a chip on our shoulders because everybody is counting us out,” said Campbell.

“It’s pretty exciting. Especially with the guys in the locker room, everybody is buying in, just enjoying the game.  We’re ready to roll, ready for the game.” 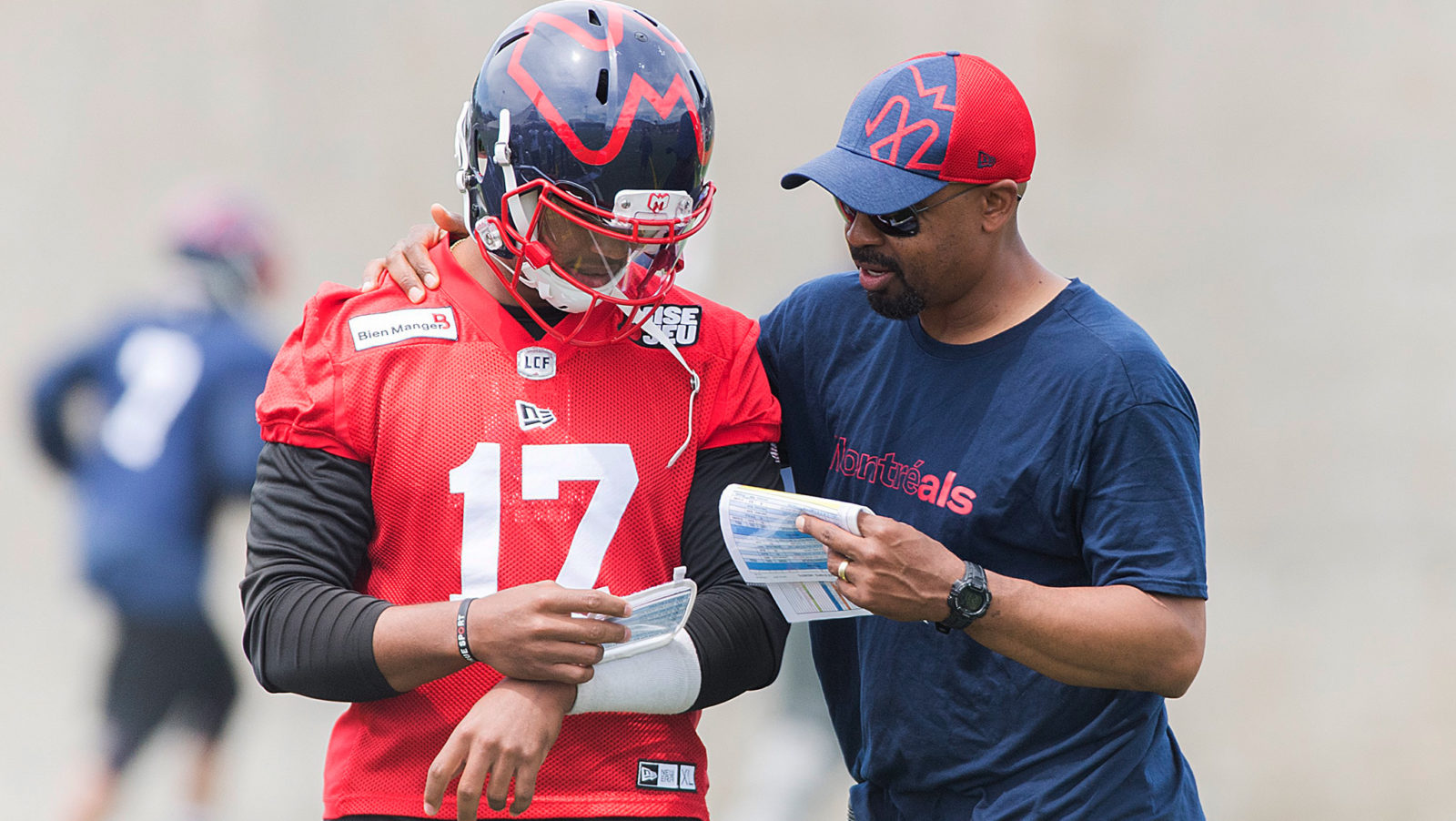 Jones – who has the triple function as head coach, offensive coordinator and quarterbacks coach – believes the moves have made the Alouettes a better team.

“I feel like with this team, and this coaching staff, we are built to win,” said Jones. “I love the team we have assembled.”

With Manziel no longer in the picture, Antonio Pipkin, Vernon Adams Jr., Matt Shiltz and Hugo Richard all were vying for the starting quarterback job. Pipkin, who completed 78 of 131 passes for 1,120 yards, three touchdowns and eight interceptions last year, will start against Edmonton.

“It was a great competition,” Jones told reporters in Montreal. “We had really four capable players and it was a tough decision. But Antonio came out and showed he has what it takes to lead this team.”

Among the returning receivers are Eugene Lewis, who led the team with 44 catches for 827 yards and fourth touchdowns last year, and B. J. Cunningham, who had 58 catches for 631 yards and three touchdowns.

Running back William Stanback will try to build on his rookie season last year where he had 539 yards on 81 carries.

Adding the six-foot-seven, 336-pound Wilson will hopefully improve an offensive line that gave up a whopping 66 sacks last year, 23 more than the second worst team.

The Montreal franchise, which appeared in seven Grey Cups over a nine-year span and won three titles, has missed the playoffs four consecutive seasons, the longest active drought in the CFL.

The Alouettes used five different quarterbacks in 2018. The 345 points they scored were the lowest in the league and the 512 allowed the second highest. Overall Montreal was last or second last in 29 of 40 offensive and defensive categories.

Campbell, who signed as a free agent with Montreal last year after two seasons with the Calgary Stampeders, said the Alouettes were their own worst enemy at times.

“A lot of the time we were shooting ourselves in the foot with miscommunication, missed assignments, not covering guys,” he said. “It was a lot of plays and a lot of times we gave up points because of our mistakes, not because the team was better than us.

“This year the main focus will be eliminating those mistakes on the defensive side of the ball.”

Four of Montreal’s losses were by seven points or less.

Sherman, the former head coach and general manager of the NFL Green Bay Packers, spent one season in Montreal.

In announcing the coaching change, just six days before the team’s opening game, Reed blamed Sherman’s “slow adjustment to the CFL game” and said the decision was made in the team’s best interest. 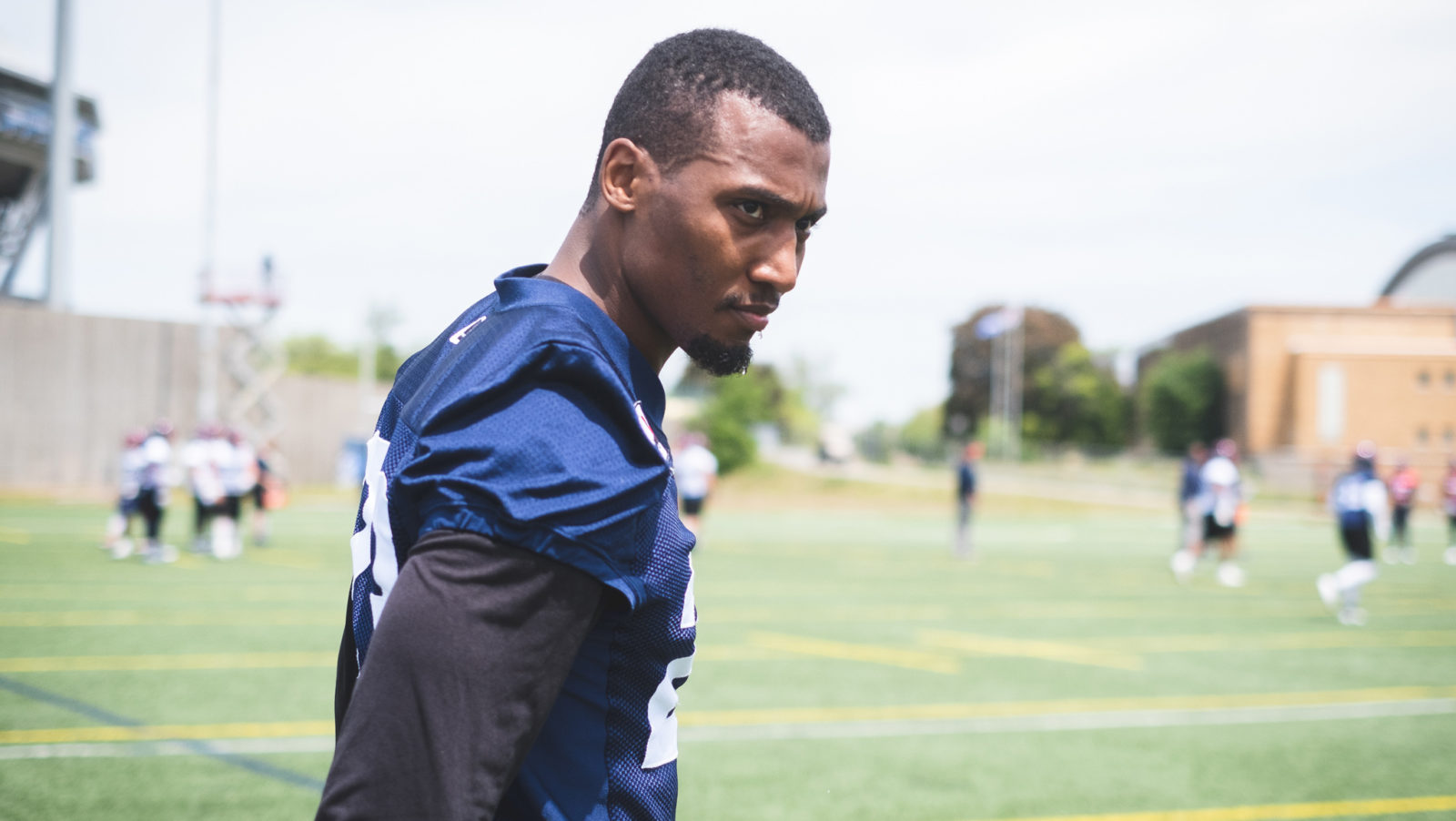 Tommie Campbell hopes for better results in his second season in Montreal (MontrealAlouettes.com)

“We believe our goals for this season will not be compromised,” he said.

Jones has the qualities Montreal wants in a coach.

Jones said his experience as both a quarterback and assistant coach in the league will help him relate to the players.

“I have great help around me,” he said. “I feel like we have a very good coaching staff.

Campbell said the frustrations of last season have been replaced by a sense of excitement.

“On the defensive side of the ball, the whole team vibe is completely different,” he said. “We are all coming together and keeping one goal in mind, winning football games, one game at a time.”