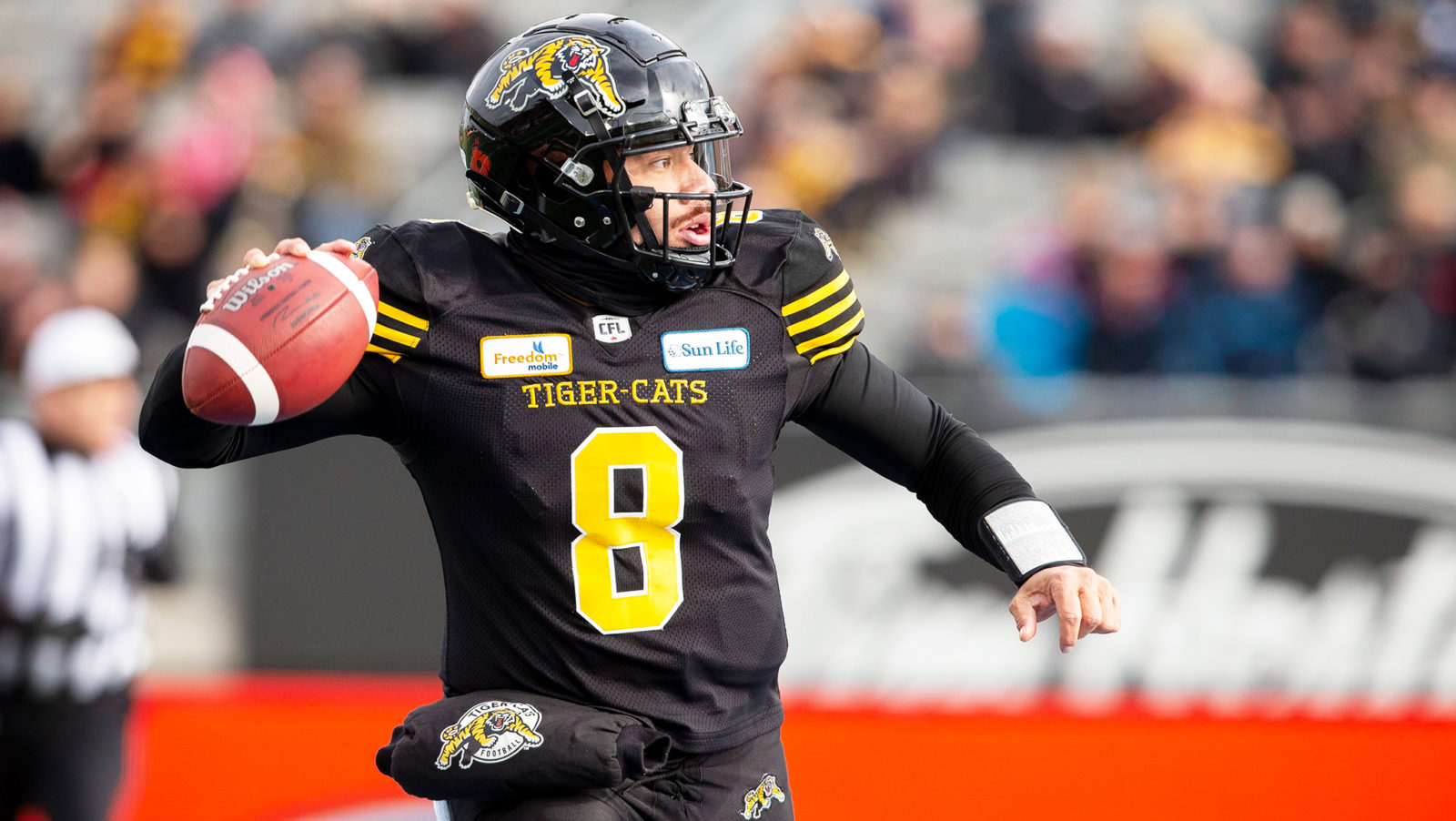 TORONTO — With two clear-cut favourites, the Montreal Alouettes and Ottawa REDBLACKS are looking to pull off upsets in Week 1 of the CFL season.

It’s been an unforgettable off-season, but it’s finally time to kick off as the regular season opens Thursday in Hamilton.

With the slate wiped clean, the CFL.ca writers make their first picks of 2019. 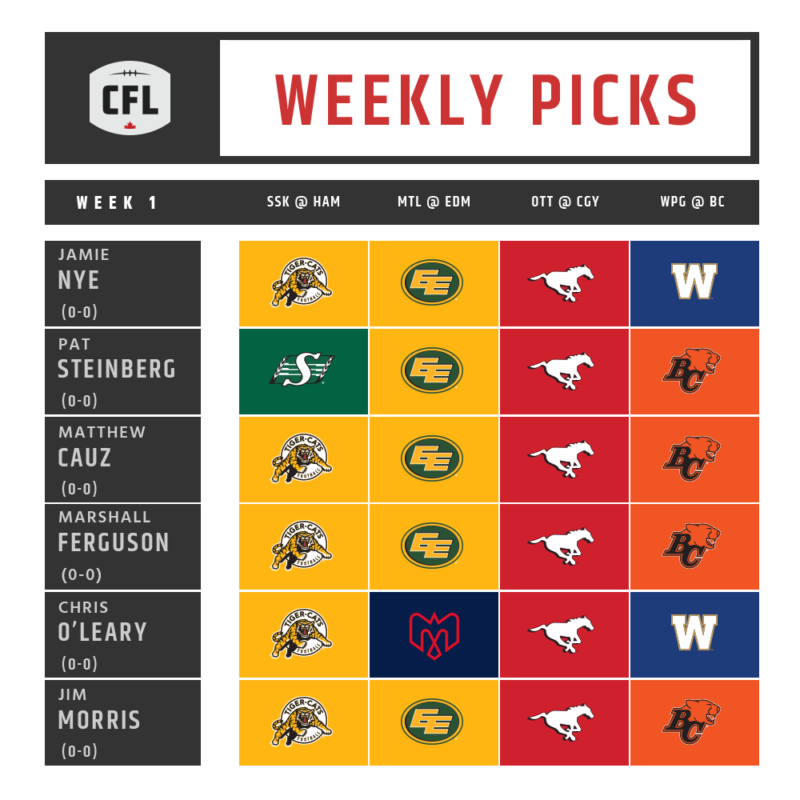 Despite a dominant defence, it’s the other side of the ball that will dictate just how far the Riders can go under first-time head coach Craig Dickenson. Zach Collaros returns to Hamilton to play his former team, while star running back William Powell is set for his debut after signing as a free agent. Expectations are high for the Riders in the West.

On the other side, Jeremiah Masoli and the Ticats are looking to repeat as the CFL’s top offence. It was an impressive attack last year, and most of the critical pieces are back. There are a few new faces though, as Orlondo Steinauer makes his head coaching debut in place of June Jones, while Mark Washington leads a defence looking to dial up a little more pressure in 2019.

The Eskimos made the most of a difficult situation this off-season, replacing franchise quarterback Mike Reilly with Trevor Harris along with a star-studded cast on both sides of the football. Last year didn’t go according to plan as the Grey Cup hosts failed to qualify for the post-season, but Esks truly resemble a dark horse in the highly-competitive West going into the new season.

For the visitors it’s an us-against-the-world mentality, after the Alouettes made a coaching change immediately after the pre-season. The timing is frowned upon, but there’s no denying this roster has talent on both sides of the ball. It’s all on 23-year-old Antonio Pipkin to bring it all together after winning an open quarterback competition this spring.

The REDBLACKS lost just about everything this off-season, from the quarterback and the offensive coordinator to the star left tackle. A new era begins in the nation’s capital, as Dominique Davis looks to become a star while previous role players Caleb Holley, Ryan Lankford and RJ Harris take on some of the heavier lifting on a new-look offence.

Free agency affected everyone, including the defending Grey Cup Champion Calgary Stampeders, who lost roughly two thirds of their starting defence. Reigning Most Outstanding Player Bo Levi Mitchell is back, however, as the Red and White are still considered an early favourite to win the West.

Despite the 10 p.m. start time for those in the East, Saturday’s clash between the Lions and Bombers will be worth staying up for. Mike Reilly makes his long-anticipated debut since signing with the Lions this off-season, and the weapons around him have the potential to put up big numbers right from the opening kickoff.

Willie Jefferson may have something to say about that. The Bombers’ defensive end was acquired this off-season along with receiver Chris Matthews, two pieces that could put Winnipeg over the top. As the Grey Cup drought approaches 30 years, many believe the Bombers are the front-runner to win it all in 2019.