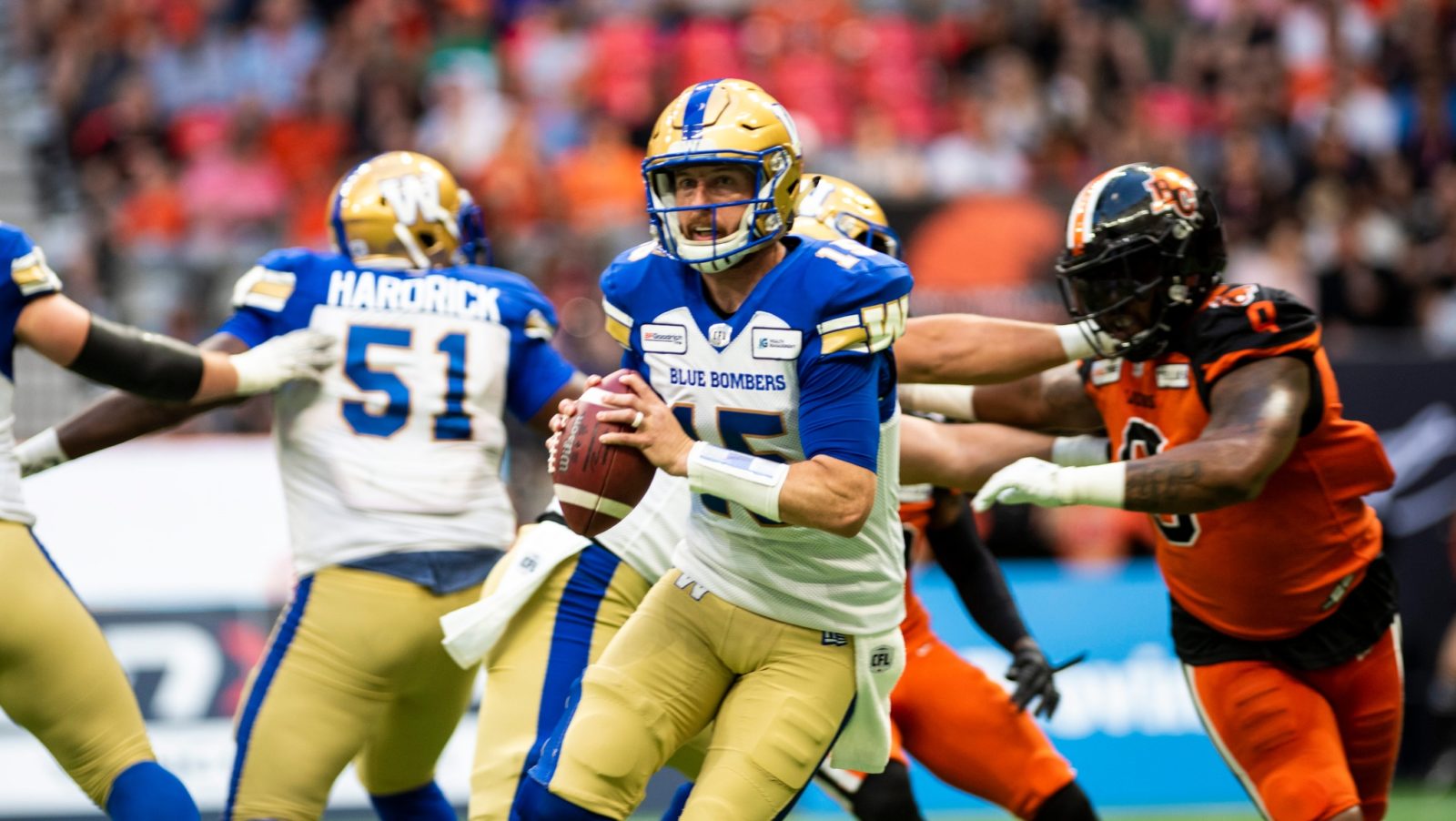 VANCOUVER — The Winnipeg Blue Bombers found a way to get the job done against the BC Lions in a roller coaster season opener on Saturday, walking away with a 33-23 victory on the road. The Bombers rallied together and counted on contributions from both sides of the ball and special teams in order to come out on top in a game that saw multiple lead changes and big momentum swings.

Quarterback Matt Nichols threw for three touchdowns on the night while star running back Andrew Harris continued his rushing success from last season by gaining an impressive 148 yards on the ground. While it would be easy to focus solely on Winnipeg’s standout offensive performances and perfect red zone efficiency, it was the two interceptions from safety Jeff Hecht and a key special teams score on a blocked extra point that ultimately helped make the difference in a back-and-forth game.

“We played some good complimentary football, all sides picked each other up.” Nichols said after the win. “That’s what this game is all about, that’s what this team is all about is having each other’s backs, and we did that tonight in a historically tough place to win.”

RELATED
» Images: Winnipeg at BC
» By the Numbers: View Boxscore
» Nichols and Harris lead Bombers to victory against Lions

Momentum became harder to hold onto as the game progressed, and each unit for Winnipeg stepped up to do its part to overcome the Lions. Every single time it seemed BC was beginning to take control of the game, Winnipeg responded with a big play or drive.

“The key is to just keep answering the call,” Nichols said. “There were a couple opportunities there where they took some momentum and it would’ve been easy to not respond. Offence, defence and special teams all responded at different times when we needed it, and I think really the interception by Jeff Hecht coming out of half-time kind of sparked the whole thing.”

Hecht said after the game that he wants to establish himself as an impact player at safety for the Bombers after re-signing with the team and winning the starting job. The 33-year-old veteran got off to a great start by setting a new season-high interception total in only one game.

“Sometimes you got to be a playmaker, and this is a goal of mine this season for sure,” Hecht said after his standout performance.

The Winnipeg Blue Bombers will look to continue their solid start after the bye week when they host the Edmonton Eskimos on June 27th in Week 3.