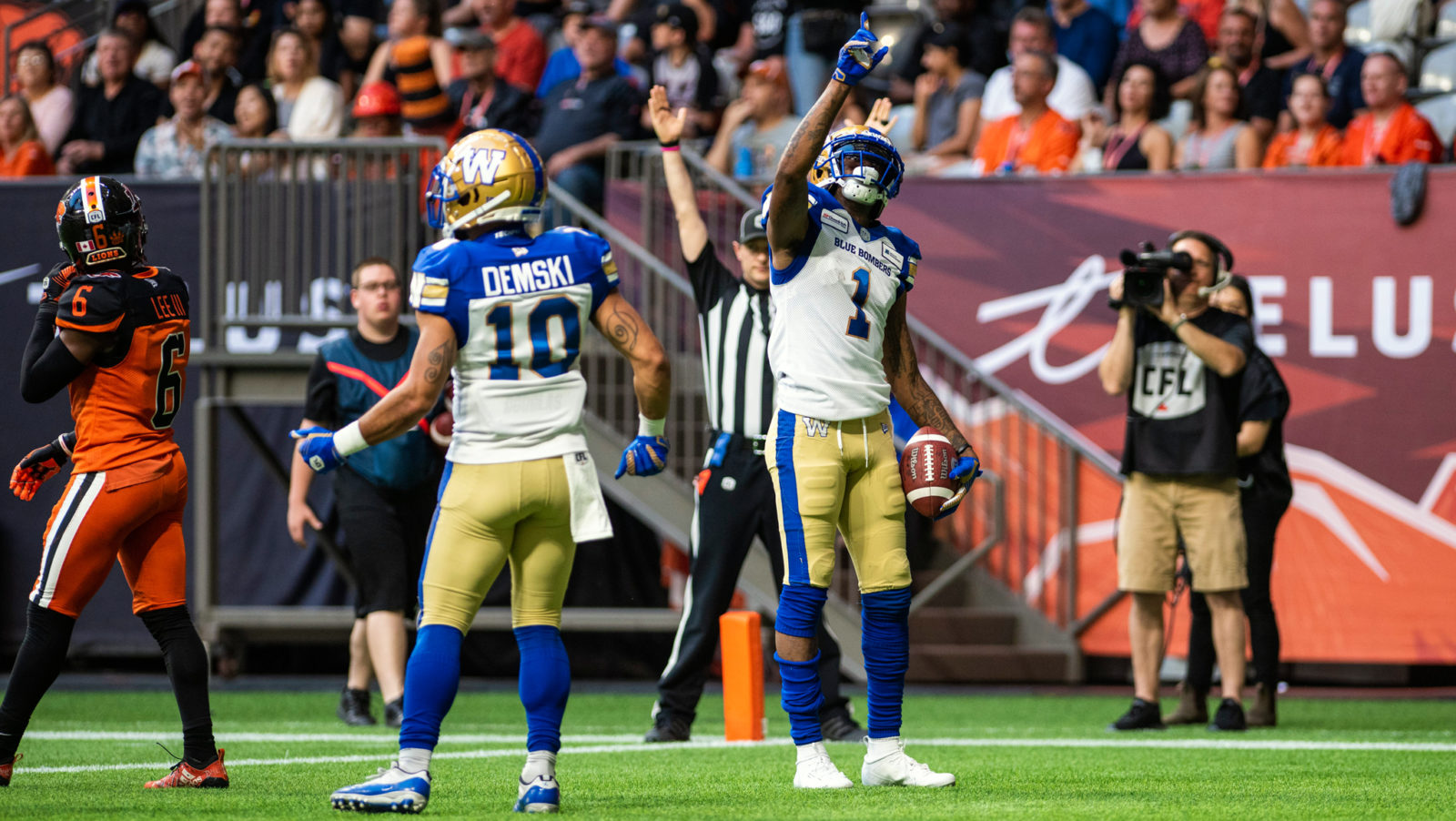 Considered by many an early-season Grey Cup favourite, the Blue and Gold lived up to the hype in Week 1, winning a heavyweight battle against Mike Reilly and the BC Lions.

In Reilly’s long-anticipated return to Vancouver, the Bombers went on the road and spoiled the homecoming, controlling possession for 35 minutes, converting 17 of 26 second-down attempts, and holding BC to just four rushing yards in a 33-23 victory.

Is the transition of power under way in the highly-competitive West? More in the Nissan Titan Power Rankings:

What a statement the Bombers made over the weekend, going into BC Place and pushing the Lions around in their home-opener. Andrew Harris rushed for 148 yards, Jeff Hecht had two interceptions and the defence allowed just four rushing yards, controlling the line of scrimmage on both sides of the ball. It’s early, but the hype seems to be legit.

Despite losing much of their starting defence, it was the offence that lagged in a rare season-opening loss to the Ottawa REDBLACKS. Bo Levi Mitchell failed to generate a point in the second half as the Stamps couldn’t take advantage of four Dominique Davis interceptions. Minor setback, Grey Cup hangover or a crack in the armour? Time will tell.

The Eskimos’ offence was simply stunning in the season opener, racking up 35 first downs and 607 yards of offence. We had a feeling Trevor Harris and Jason Maas would jibe quickly, but this was beyond expectation. A Week 2 matchup against the BC Lions — and former franchise quarterback Mike Reilly — might better measure where the Eskimos stand.

Despite taking the loss, Mike Reilly looked sharp in his return to the Lions, throwing for more than 200 passing yards in the first half alone. Quarterback is certainly no longer a question in BC, but there’s plenty to iron out if the team is going to contend for a division title. In Week 1 the Lions could neither run the ball nor stop the run.

The Ticats fall one spot despite a season-opening win over the Riders. Style points mean nothing in the standings, and Orlondo Steinauer was able to pick up the first ‘W’ of his head coaching career. But Tommy Condell’s offence hasn’t exactly lit it up so far, with Jeremiah Masoli throwing for just 169 yards in the opener. That could change in a clash with the rival Argos at BMO Field.

The REDBLACKS are taking names and, well, you know the rest, earning a 32-28 season-opening win over the defending Grey Cup Champs. Players felt disrespected by things like writer picks and power rankings, and they backed it all up by beating a good football team on the road. Plenty of questions remain — can they do this consistently? — but it’s a feel-good story after a tough off-season.

One of the CFL’s biggest mysteries going into 2019, the Argos will learn a lot about themselves when they host the Ticats on Saturday in their season-opener. Expectations are high in Toronto, where Corey Chamblin was named head coach and the team has bolstered its talent on both sides of the ball. The biggest factor may be James Franklin, the team’s undisputed No. 1 after a strong camp.

The lack of a proven backup could haunt the Riders early in 2019, after Zach Collaros was injured in the opener and placed on the six-game injured list. A dominant defence and elite running back in William Powell should keep games within reach, but one of Cody Fajardo or 23-year-old rookie Isaac Harker will have to make strides quickly to keep this team afloat in a tough West Division.

The Alouettes were at least resilient in their opener, erasing a 17-point deficit to tie the game with two minutes remaining — but their opponent moved the ball at will, racking up 35 first downs and 607 yards. Despite a talented, veteran defence on paper, defensive coordinator Bob Slowik has his work cut out for him in his first CFL job.