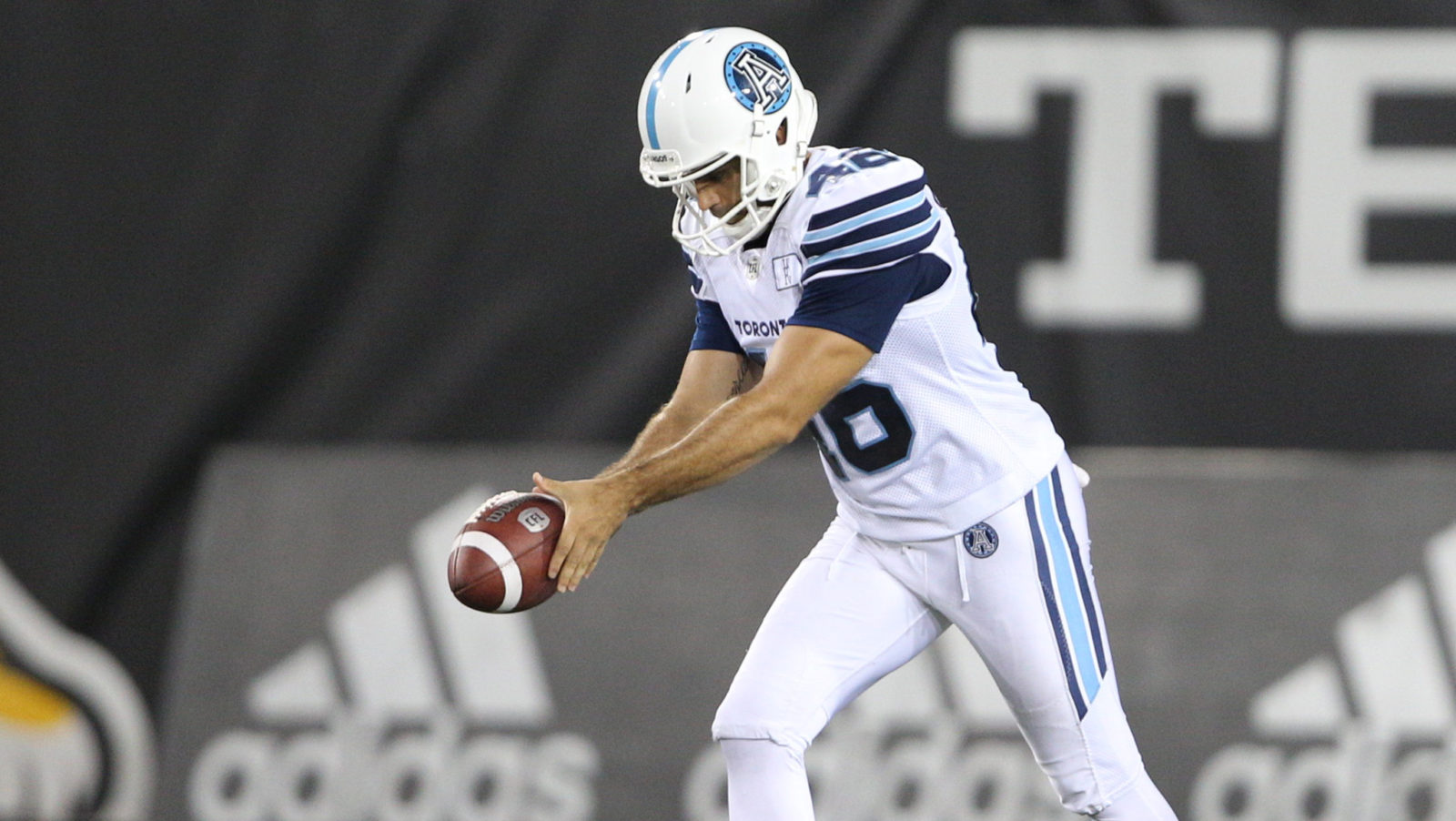 TORONTO — The Toronto Argonauts have signed national kicker/punter Zack Medeiros to the practice roster, the team announced on Tuesday.

Medeiros, 28, returns to Toronto after playing 11 games for the Boatmen in 2018, converting 15-of-20 field goals (long of 48 yards) and punting 59 times for an average of 46.1 yards, the third best average in the league. The London, ON native played 13 games for the Ottawa REDBLACKS in 2016, primarily as a punter, helping the team to a Grey Cup championship over Calgary. The Western University product was an original draft pick of the Edmonton Eskimos in 2014 but never played for the West Division club.

The team also announced that national running back Mercer Timmis has retired.

Timmis signed with the Argos as a free agent this off-season. Before joining the double blue, the Burlington, Ont. native spent three seasons with the Hamilton Tiger-Cats, the team that drafted him in 2016. Over three seasons, the six-foot-two, 220-pound running back played in 36 games and tallied 52 carries for 231 yards and four touchdowns. He also added seven catches for 59 yards.